Where To Buy 2020 Toronto FC Tickets:

Fans searching for face value tickets can do so on the Toronto FC website via primary market vendor Ticketmaster.

On the secondary market, TicketIQ has a Low Price Guarantee on sold out Toronto FC tickets for all games on their 2020 schedule, in addition to Low Price Guarantees on all MLS tickets. That means that if you find a secondary market ticket for less on a site like StubHub or Vivid Seats, we’ll give you 200% of the difference in ticket credit.  In our efforts to continue to provide our customers with the best deals, we’ve removed all fees.TicketIQ now shows you the full ticket price from the start of your search. TicketIQ customers save an average of 5%-20% compared to StubHub and Vivid Seat

How Much Are 2020 Toronto FC Tickets:

Primary market tickets for Toronto FC start between $28 and $39 for most games on Ticketmaster. Some of the higher demand games with less primary market availability have get-in prices that are a bit higher. For example, the the June 13th game against Montreal and the July 18th games against Seattles have get-in prices for $43 and $54 per ticket.

On the secondary market, TicketIQ has seats available for most games starting between $20 and $29. Some of the higher demand games have get-in prices slightly higher, and in the $30 to $35 range.

Overall, the average asking price for a Toronto FC ticket is $67, an increase of $13 (24%) over the 2019 season. Toronto FC has played in three of the last four MLS Cup championships, winning the title in 2017. 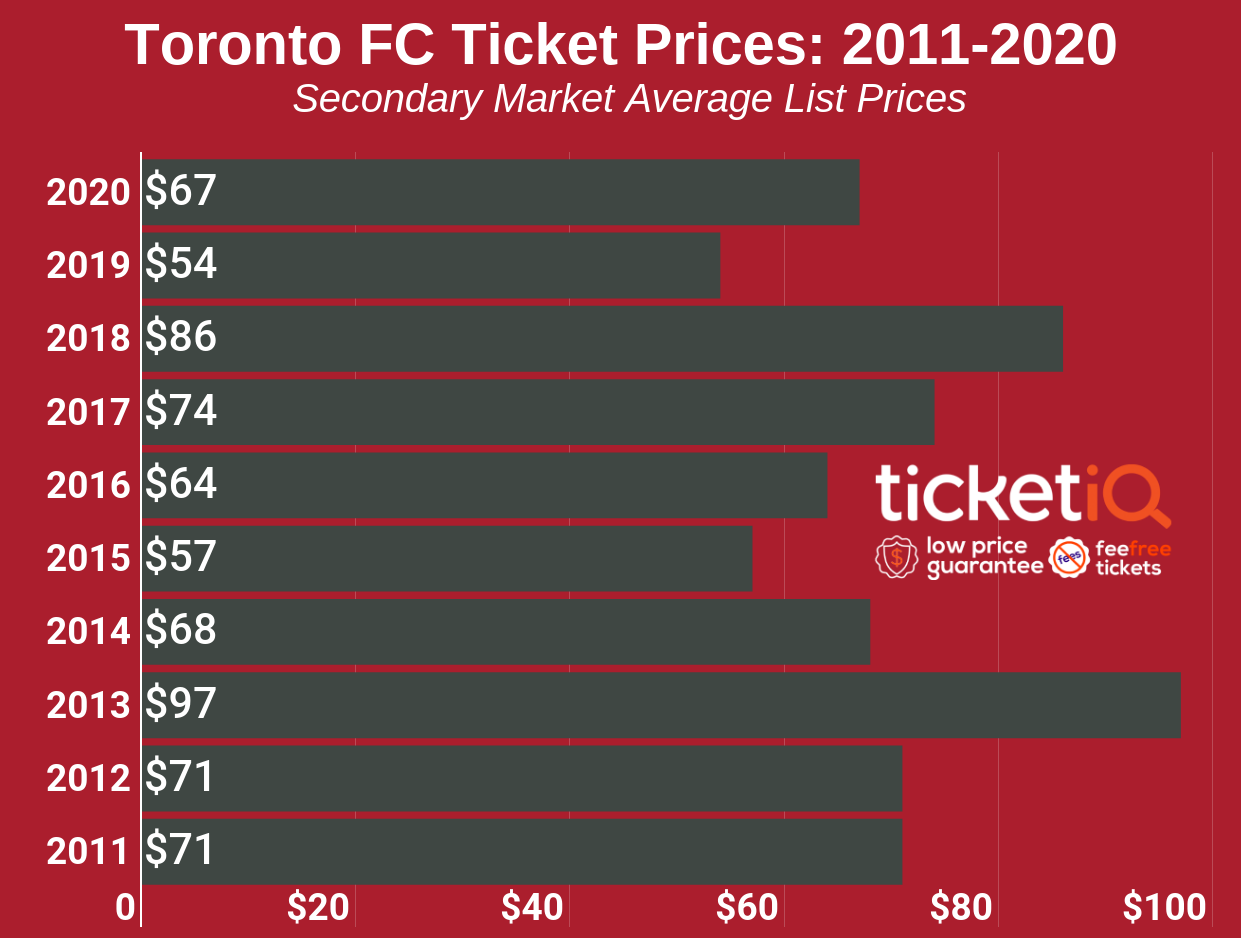 Season ticket packages are available through Ticketmaster starting at $535 per ticket. Benefits include an exclusive scarf, private entrance, member wall recognition, access to playoff tickets and food, beverage and merchandise discounts. Mini packs of four games start at $125 per ticket. Half season packs include nine games starting at $300 per ticket.