How To Find The Cheapest Missouri vs. Tennessee Football Tickets 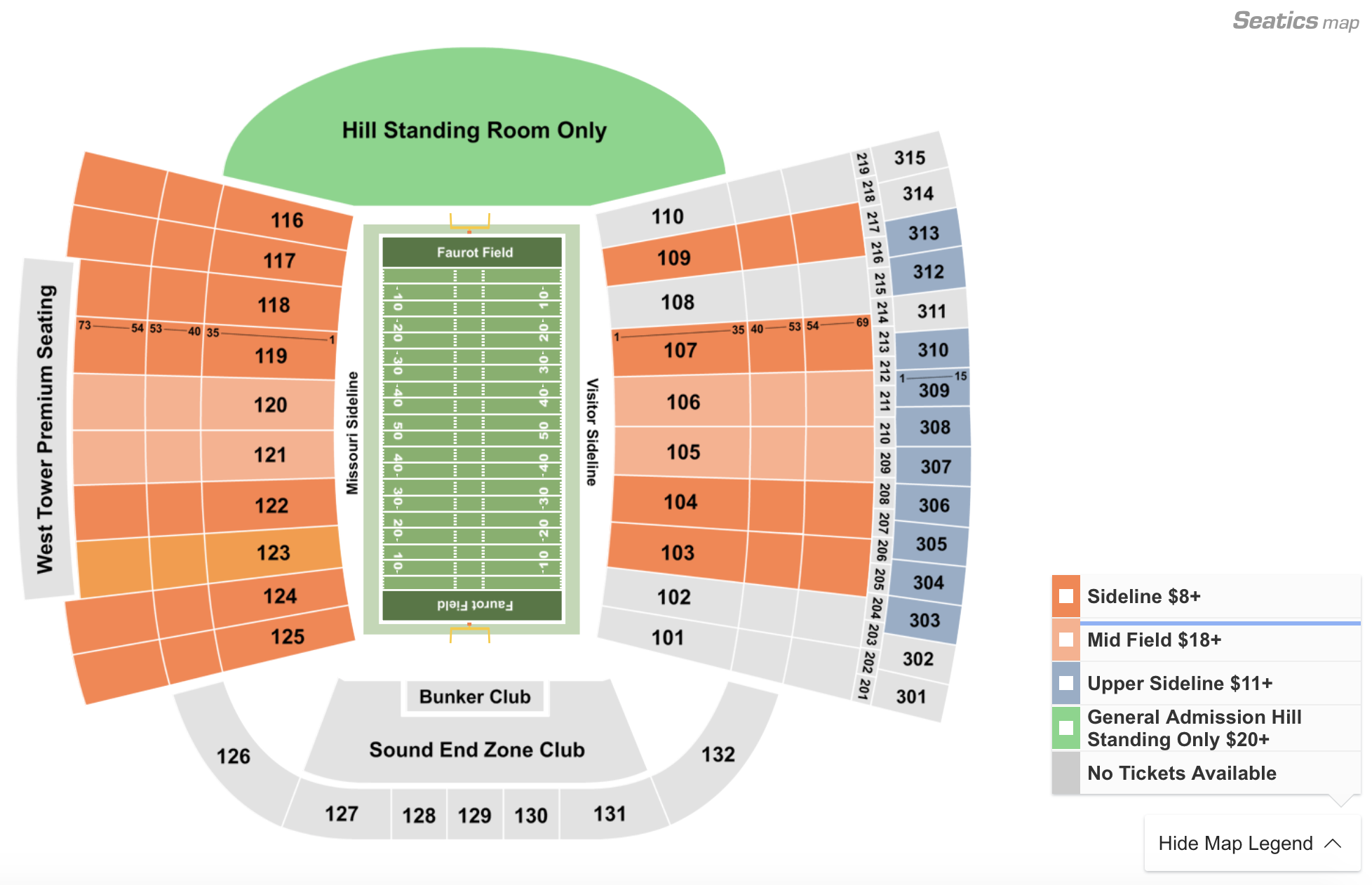 In the last SEC game of the season at Faurot Field at Memorial Stadium in Columbia Missouri will take on Tennessee. On the secondary market, fans will find better deals — the cheapest seat with TicketIQ’s Low Price Guarantee is $14 in Lower 123, Row 7 at the 20-yard line on the Missouri side of the field. Prices with the Guarantee go up to $63 in 50-yard line Section 121, Row 3 behind the Tigers bench. Tickets in the Hill start at $20.

Where To Find The Cheapest Alabama Vs. Tennessee Football Tickets At Bryant-Denny Stadium On 10/19/19 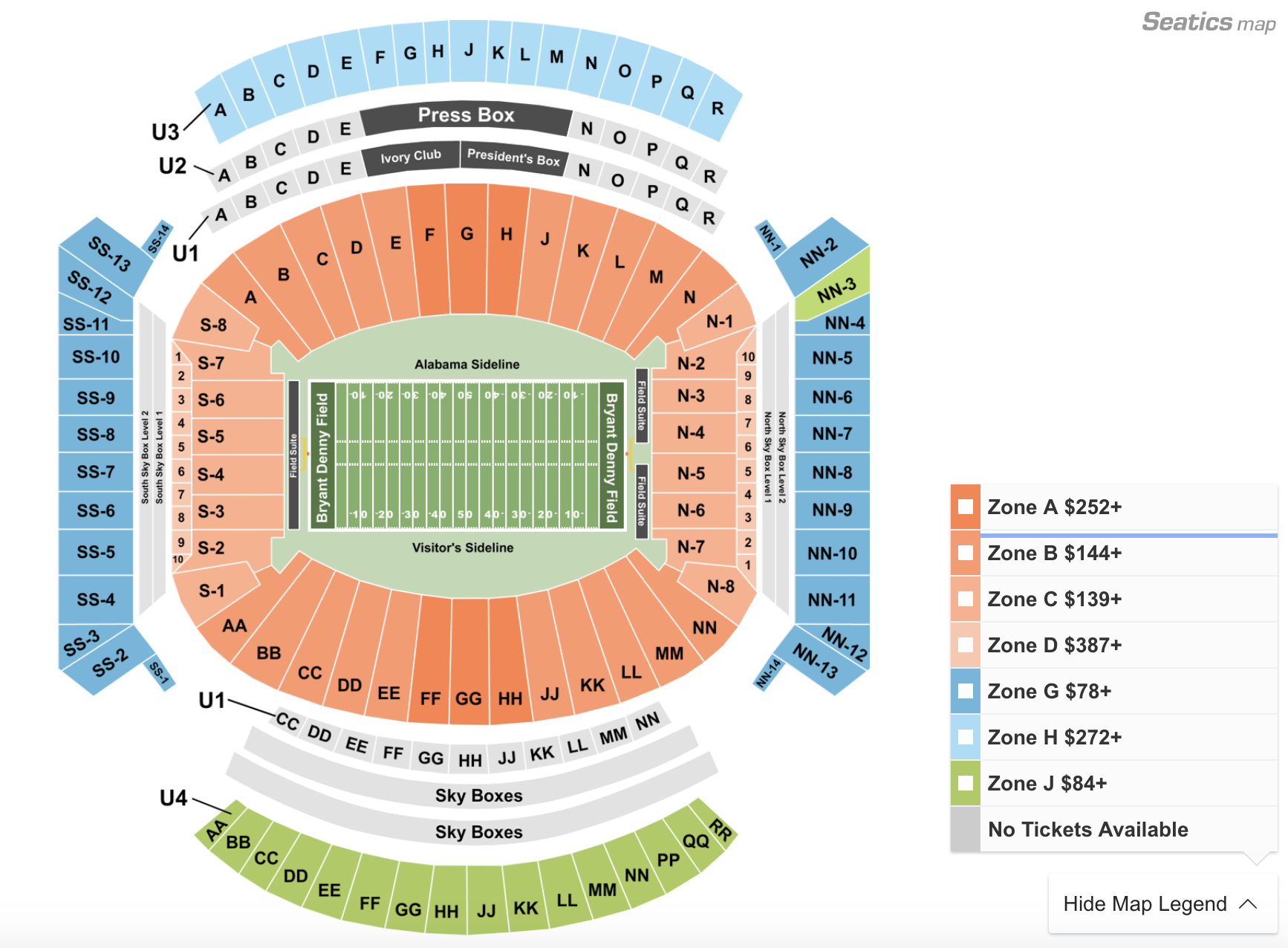 Primary market tickets in the upper end zones are still available for this SEC game at Bryant-Denny Stadium for $95, and can be purchased via Paciolan on the Alabama website via primary partner Paciolan. Seats remain in the North End Zone in Sections NN-5 and NN-8, and in the South End Zone in Sections SS-6 and SS 10-13. On the secondary market, seats are available in the end zone starting at $75 in Upper End Zone NN-3, high above the sideline above the pressbox in Zone H for $272 and in the lower bowl for $139 in all Lower End Zone sections or along the Lower Sidelines starting at $144. Seats in the middle three sections between the 40-yard lines start at $252.

Where To Find The Cheapest Tennessee Vs. Georgia Football Tickets At Neyland Stadium On 10/5/19 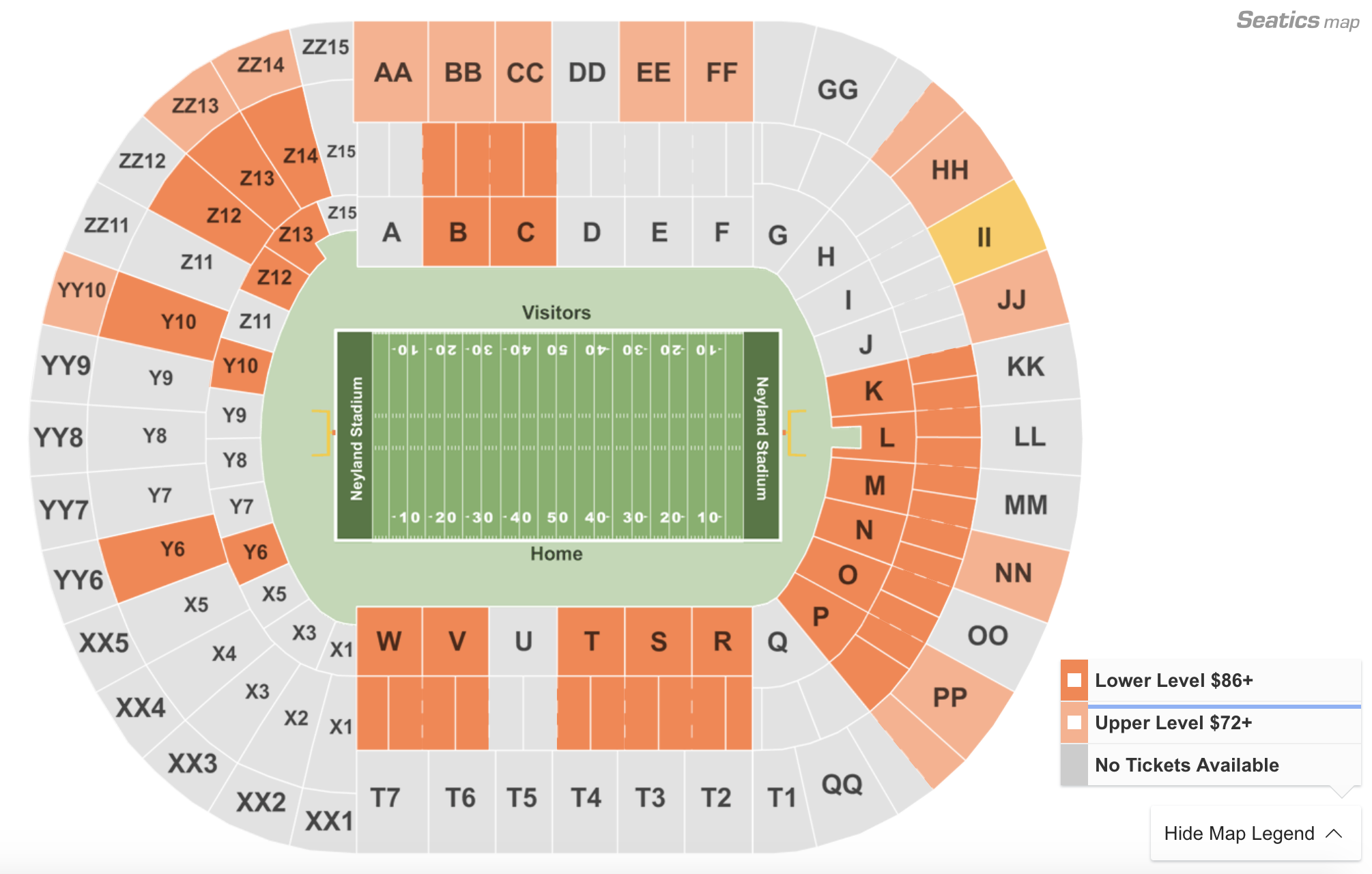 Limited tickets remain on the secondary market for Saturday's No. 1 Georgia at Tennessee matchup at Neyland Stadium. Fans can choose from seats ranging in price from $110-125 on the Tennessee website. Seats are available all around the upper deck and on the second level, with the most amount of seats available in four end-zone sections, and three sections above the Georgia sideline. Fans wanting a bigger selection, or seats than can accommodate a bigger group should check out the secondary market. TicketIQ has seats available on all levels, starting at $85 in Upper Level II, above the end zone. Seats in the lower bowl along the Georgia sideline start at $247 in Section B between the 15- and 30-yard lines; $174 in Section R on the Tennessee sideline between the 15-yard line and end zone; $100 in Section Y10 in the lower end zone; and $88 in Section EE in the upper level above the Georgia sideline. Club seating is available at Neyland Stadium near the East and West Clubs, but appears to be sold out on the primary and secondary markets for this game. 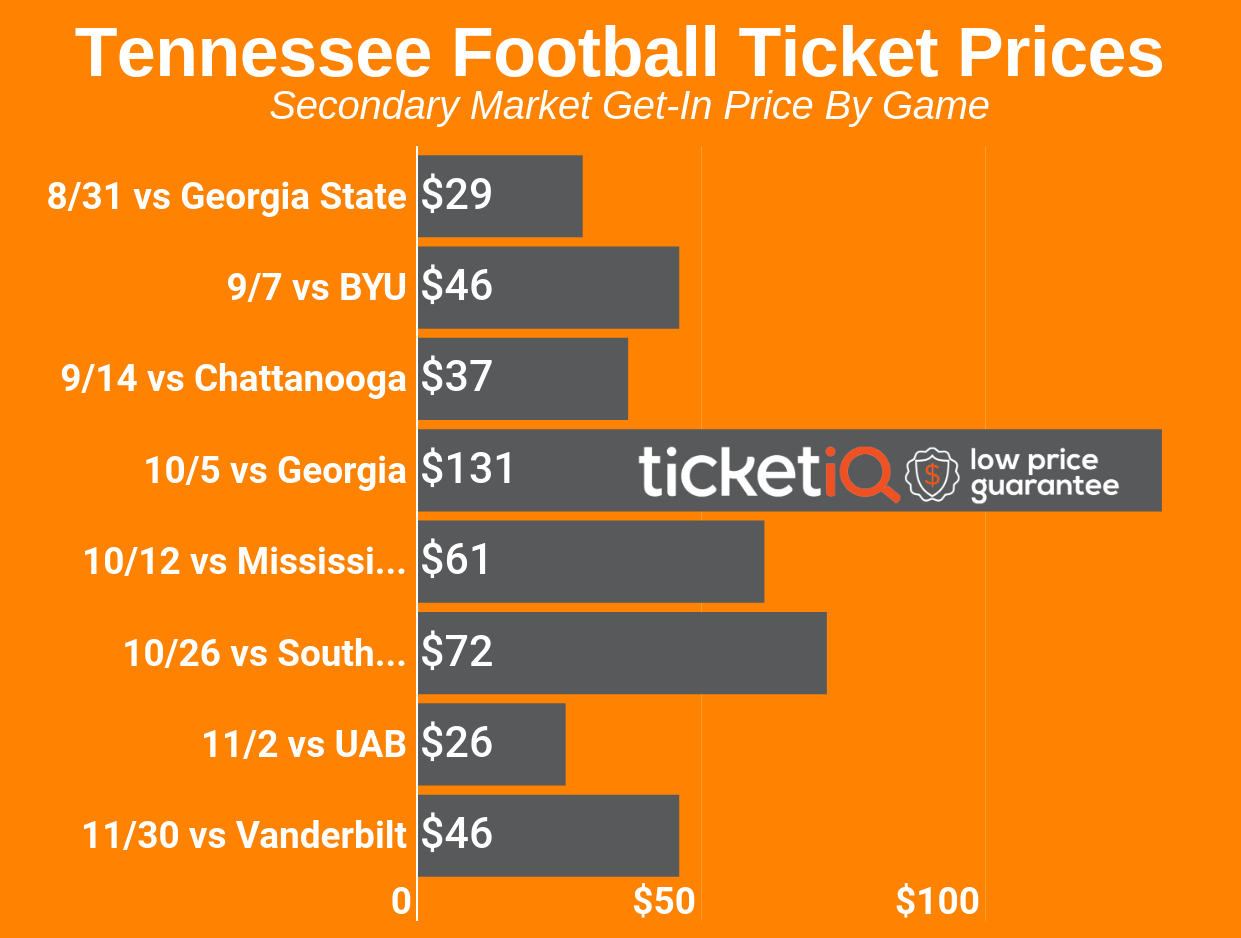 Tennessee has a rich football history, but the 21st century hasn’t been kind to the Volunteers. Tennessee has had eight losing seasons since the turn of the century, but that could present a great opportunity for fans looking for a well-priced ticket to a Tennessee home game.