Where To Find The Cheapest Nebraska Vs. Ohio State Tickets At Memorial Stadium On 9/28/19 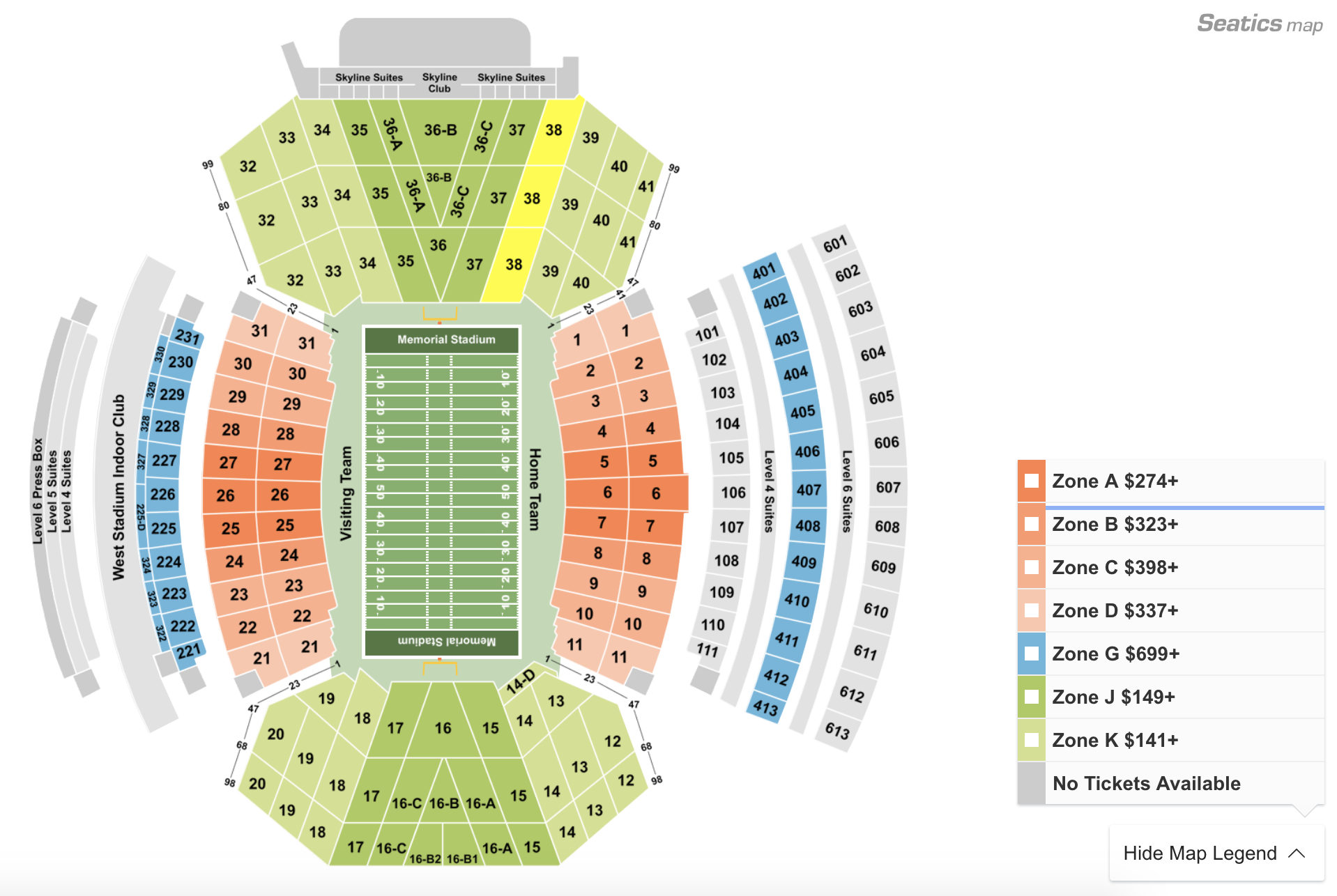 There's nothing like having one of the best football teams in the nation in town to sell out a stadium. And that's exactly the situation for Saturday when No. 5 Ohio State visits unranked Nebraska. On Ticketmaster, primary market tickets are sold out, meaning fans should check out the secondary market if they want to get into the game. TicketIQ has seats available at the top of the end zone starting at $154. Around the rest of the Memorial Stadium, fans can get seats starting at $282 in the lower bowl in Section 7 at the 40-yard line behind the Cornhuskers bench. Memorial Stadium has four club options, including 50 indoor seats in the North Stadium Club and 44 partially enclosed seats in the Sideline Club, in the southeast corner of the stadium near the sideline. But most of the Club Level seats mainly in the 400 Sections on the Nebraska side and the 200 Sections on the Ohio State side. Seats in both sections start at $699 on the secondary market, and they include access to either the East or West Stadium clubs. 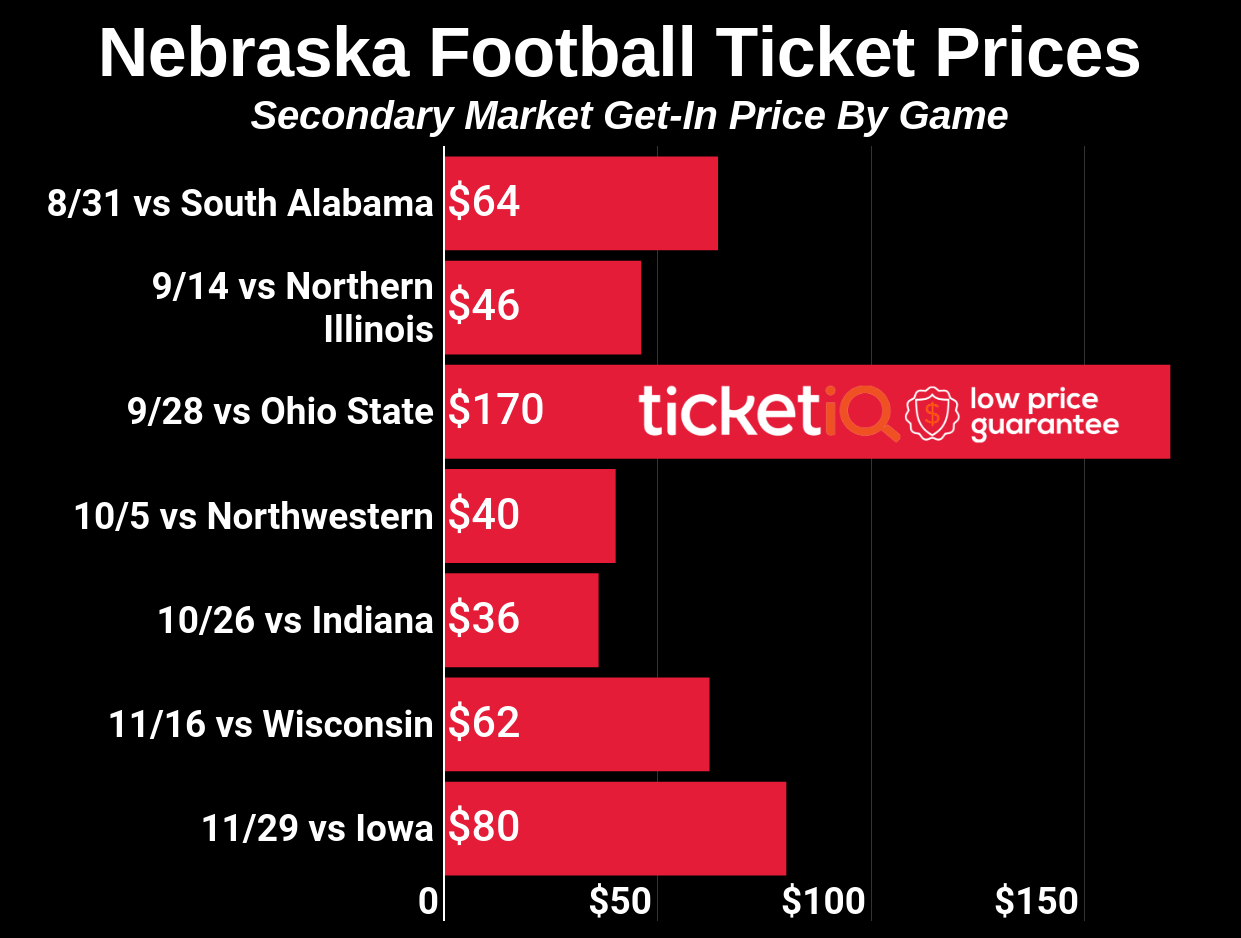 Where To Buy Nebraska Football Tickets

With Scott Frost poised to start his second season, demand for Nebraska football tickets is already on the rise. The Cornhuskers are ranked No. 7 nationally, in terms of average asking price on the secondary market, and prices are up 15% since last year going from $198 to $228.  Single game tickets were available from the team at face price for the games against South Alabama, Indiana, and Southern Indiana, starting at $75 through Paciolan, but those are now sold out. For the rest of the 2019 schedule, tickets are sold out, which means that the secondary ticket market is the cheapest way get to see one of the games in Lincoln at Memorial Stadium.