No Events Near
All New York Islanders events

How Much Do New York Islanders Tickets Cost?

Where do the New York Islanders play their home games?

Where will The New York Islanders be playing?

The New York Islanders are in the Metropolitan Division of the National Hockey League. The team has won 4 Stanley Cup championships, but none since the '80's. Teams in their division that they play regularly are the Carolina Hurricanes, New York Rangers, Pittsburgh Penguins, and Washington Capitals.

Why should I buy New York Islanders tickets on TicketIQ?

Yes. All New York Islanders ticket sales on TicketIQ are guaranteed and you can read our guarantee here, where we ensure you will receive an authentic and valid ticket, and that you will receive your tickets with ample time ahead of the event. You can track the status of your order directly from the TicketIQ account page.
TicketIQ has a rigorous process of screening every seller that lists a ticket on our site, and we work with over 1,000 independent ticket sellers, as well as teams and venues that list on our site directly to reach secondary market buyers.
TicketIQ also has an elite seller program, noted with a ribbon icon on the ticket listing, to indicate which sellers are not only reliable but also have a record of speedy order confirmation and on-time delivery. If any issues arise when you are trying to find your New York Islanders tickets, please contact us directly, and visit our Contact Us page for all contact options, including our urgent support phone number.

How Much Are New York Islanders Tickets?

Most NHL teams have two or three-levels at their venues, with the 100 level being the most expensive and the 200 level less expensive. Upper-level seats behind the nets are usually cheaper than sideline seats. The closer to center ice, the more expensive tickets get. The cheapest tickets for NHL teams start under $25 for lower-demand teams. Higher demand teams in major markets like the Flyers and Bruins have tickets that start from $100 to $200. The most expensive NHL tickets for all teams are in the first rows of every section, with tickets on the glass often being the most expensive, sometimes running into the thousands of dollars. Seats on the glass are the most expensive tickets for any team, and are often hard to find, as they're in very high demand. Major team rivalry games can also be 25-50% more than the average tickets for any team, and most teams have a couple major rivals that can impact prices.

To find the cheapest New York Islanders tickets, it's important to check both the primary and secondary ticket markets. Based on the demand for a given event, resale marketplaces like TicketIQ may be more or less expensive than face value options available through primary ticketing platforms like Ticketmaster, AXS, and SeatGeek. Weekend rivalry games are typically the most expensive games, while weekday games against lesser opponents are the best way to get to a game for cheap. For sporting events that take place every year, it's important to know when the event is actually going on sale, which is typically the middle of the off-season. Teams often adjust prices dynamically in-season, which can impact both face-value and resale ticket prices. For fans willing to make a commitment by purchasing season tickets, prices are typically 10%-20% below single-game face value prices.

Where Are the Cheapest New York Islanders tickets?

If you are looking for the cheapest New York Islanders tickets, the last 10 rows of the upper level are usually the least expensive for any game. Tickets behind the goals are typically cheaper than sections on the sidelines. For most New York Islanders games, tickets can be found for under $50, with some as low as $10 for the lowest-demand match-ups of the season. With that being said, at UBS Arena there are no bad locations to view a game. Even the most inexpensive seats still provide fans with a very enjoyable game experience.

Where Are The Most Expensive New York Islanders Tickets?

If you are looking for more expensive New York Islanders tickets, lower-level seats are the best place to look. Seats right on the glass will usually cost more than other ones in the arena. Tickets right at center ice are often amongst the most expensive sections for NHL arenas. Additionally, club suites are considered some of the premier locations at UBS Arena. Resale sites like TicketIQ and StubHub often don't list suite options, which means you'll need to visit the team site directly to purchase those.

When Do New York Islanders Tickets Go On Sale?

New York Islanders schedules are released 3 months ahead of the next season, usually in June or July. Tickets are immediately available on the secondary market via season-ticket holders, however, teams don't typically put face-value single-game tickets on sale until closer to the season, usually in September. Promotional and theme night schedules are released even closer to the start of the season, and teams will often wait to put other big games on sale until closer to the actual date of the game.

What if the New York Islanders Event is Canceled or Postponed?

How will I receive my New York Islanders tickets?

Most New York Islanders tickets are now delivered via mobile transfer or the New York Islanders app using the email used to place your order. You will then pull up your tickets on your phone to have them scanned when you enter the venue. You can also use the New York Islanders app to manage and transfer your tickets.
Before entering the venue, make sure that you can access your New York Islanders tickets on your mobile device. If you cannot find the tickets on your device, check your email to find detailed instructions on how to proceed. And if there are any issues, contact our customer service representatives for timely assistance.
Make sure that when entering the venue you or someone in your group has a charged mobile device on hand to access tickets so that they can be scanned at the turnstile. To make things easier, most devices allow you to add your virtual ticket to your phone’s mobile wallet, which makes the ticket easier to access and also eliminates the issues that could arise if WiFi is slow.

How To Get Glass Seating At the New York Islanders Game?

Glass seats are some of the most desirable seats to sit in at the New York Islanders game. On TicketIQ, many times we will have inventory available for these sections. And if you cannot find these tickets on the secondary market, go directly through the team. Glass seats are primarily the closest one can get to the action, so they should not be hard to find when looking at the UBS Arena seating chart. Glass seats usually start around $250, and can run as high as $1,000 based on the venue or match-up.

Are there VIP/Premium Options at New York Islanders Games?

Every NHL team has club and premium seats, some of which are available on the secondary market, with others only available directly through the team, either by calling on the phone or purchasing directly through their site. Older NHL venues typically have suite sections above the lower bowl, with the current trend being to build out more unique lower-level premium options that bring you closer to the action, not further away. Venues like T-Mobile Arena and Climate Pledge have led the way with some of the next-generation premium areas. Most premium and VIP options come with in-seat waiter service, private restrooms and parking, and separate entrances to avoid waiting in line. Also, you can often pick-up tickets that have been left with a ticket concierge. The most expensive areas also come with all-inclusive alcohol and food service.

What Time Do Gates Open For New York Islanders Games?

If you’d like to show up early to the New York Islanders game, expect doors to open 1-2 hours before puck drop. This is standard for all NHL teams, although there may be variation. On weekends doors typically open up earlier than on weekdays. If you’d like to arrive well before the game, UBS Arena has tons of bars/restaurants, concessions, etc. that are sure to keep you entertained. Many fans like to arrive early to settle into their seating locations.

How To Get To The New York Islanders Game?

Exploring transportation options is vital when planning out your New York Islanders experience. Driving is always a reliable option, but most cities will have metro options if that is preferable. Make sure that you have a plan in place before you venture towards UBS Arena. If you live close enough to the venue, walking would be the cheapest option. No matter how you get there though, being well prepared will surely add to your New York Islanders game experience.

How to get New York Islanders Playoff Tickets? 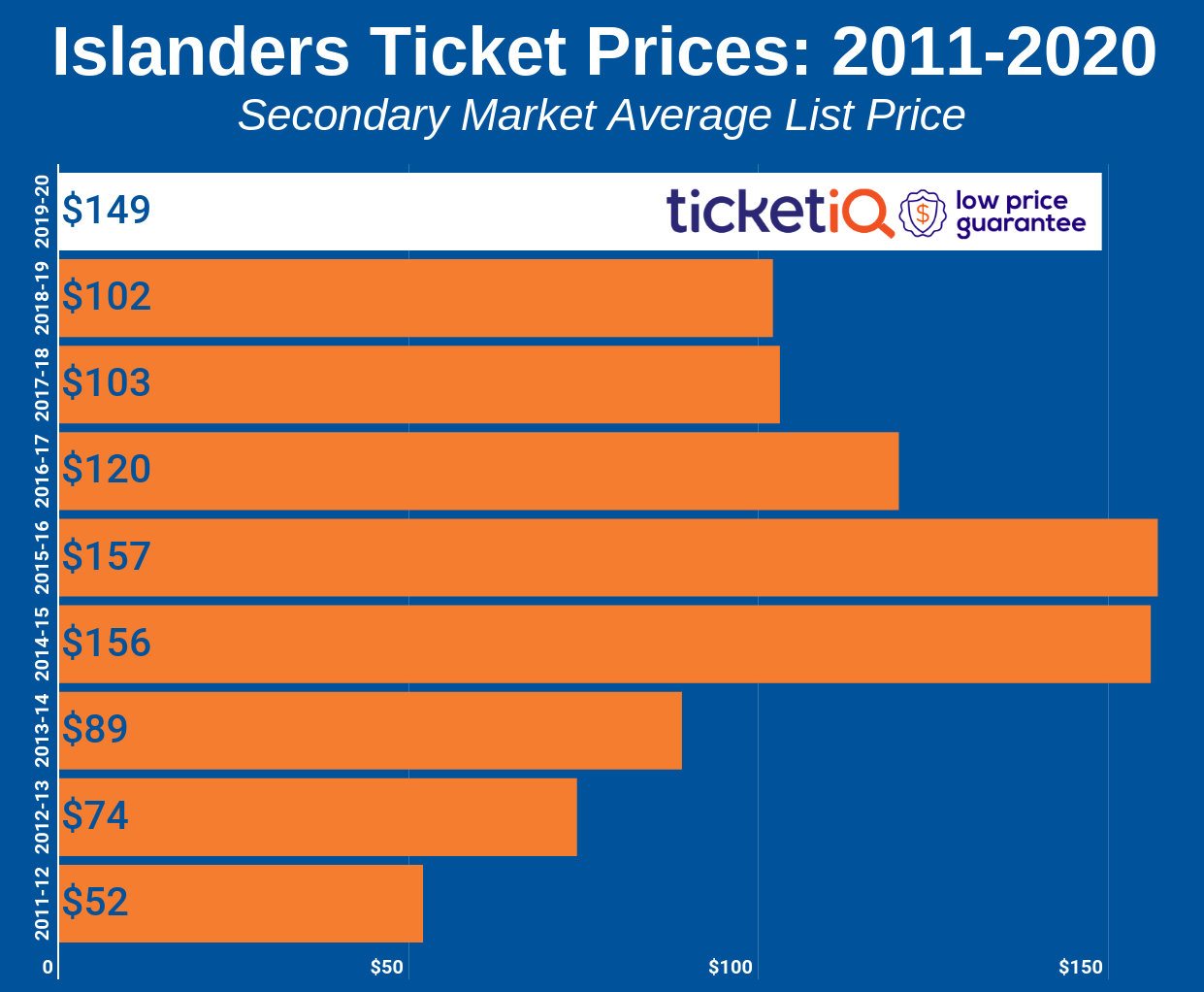 After winning their first round series against the Penguins, and their second-round series against the Bruins, the Islanders advance Stanley Cup Semifinal.  It's the second-consecutive year that they've faced off against the Lightning with a shot at the Stanley Cup finals on the line For the next round, tickets are currently will be offered to existing season ticket holders and then fans that sign up for season tickets for the 2021-22 season at UBS Arena.  If there are any tickets left after those groups get tickets, there will be a general on-sale at some point next week. 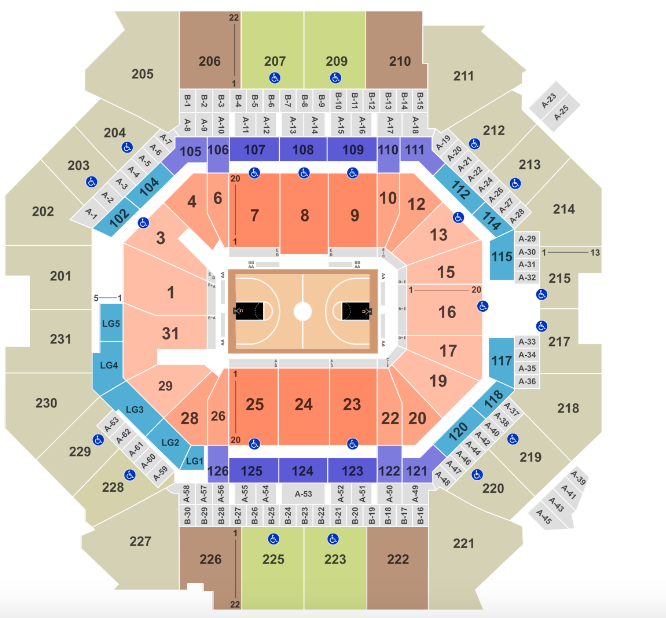