This year's Rose Bowl match-up is set, and the Alabama Crimson Tide will face the Notre Dame Fighting Irish in the College Football Playoff semifinals. The two teams will take the field on January 1st, 2021, but unlike previous years, this year's game will take place at AT&T Stadium in Arlington, Texas. According to a statement from the Pasadena Tournament of Roses, the location of the game was changed due to "the growing number of COVID-19 cases in Southern California along with the inability to host player and coach guests at any game in California."

How To Find The Cheapest Minnesota vs. Wisconsin Football Tickets

How Much Are Minnesota vs. Wisconsin Football Tickets

According to the Minnesota website, primary market tickets to Saturday's Wisconsin at Minnesota Big 10 and rivalry game are sold out. Fans wanting a seat at TCF Bank Stadium will have to visit the secondary market.

TicketIQ has seats on the 200 Level starting at $229 in Section 202, Row 31 on the corner. Only two sets of seats listed come with the TicketIQ Low Price Guarantee -- seats in Section 202, Row 18 have current asking prices of $352 or $433. Among the other seats still remaining, fans can choose from 100-Level seats on the corners starting at $246 or seats right at the action in Lower Level 109, Row 1 behind the Wisconsin bench for $660.

🎟️ Visit TicketIQ For Sold Out Minnesota vs. Wisconsin Tickets on 11/30/19

On the secondary market TicketIQ will offer fans a Low Price Guarantee on all sold-out Minnesota football tickets in addition to Low Price Guarantees on all college football tickets. That means that if you find a secondary market ticket for less on a site like StubHub or Vivid, we’ll give you 200% of the difference in ticket credit. TicketIQ customers save up to 25%.

Where To Find The Cheapest Wisconsin Vs. Michigan State Football Tickets At Camp Randall Stadium On 10/12/19 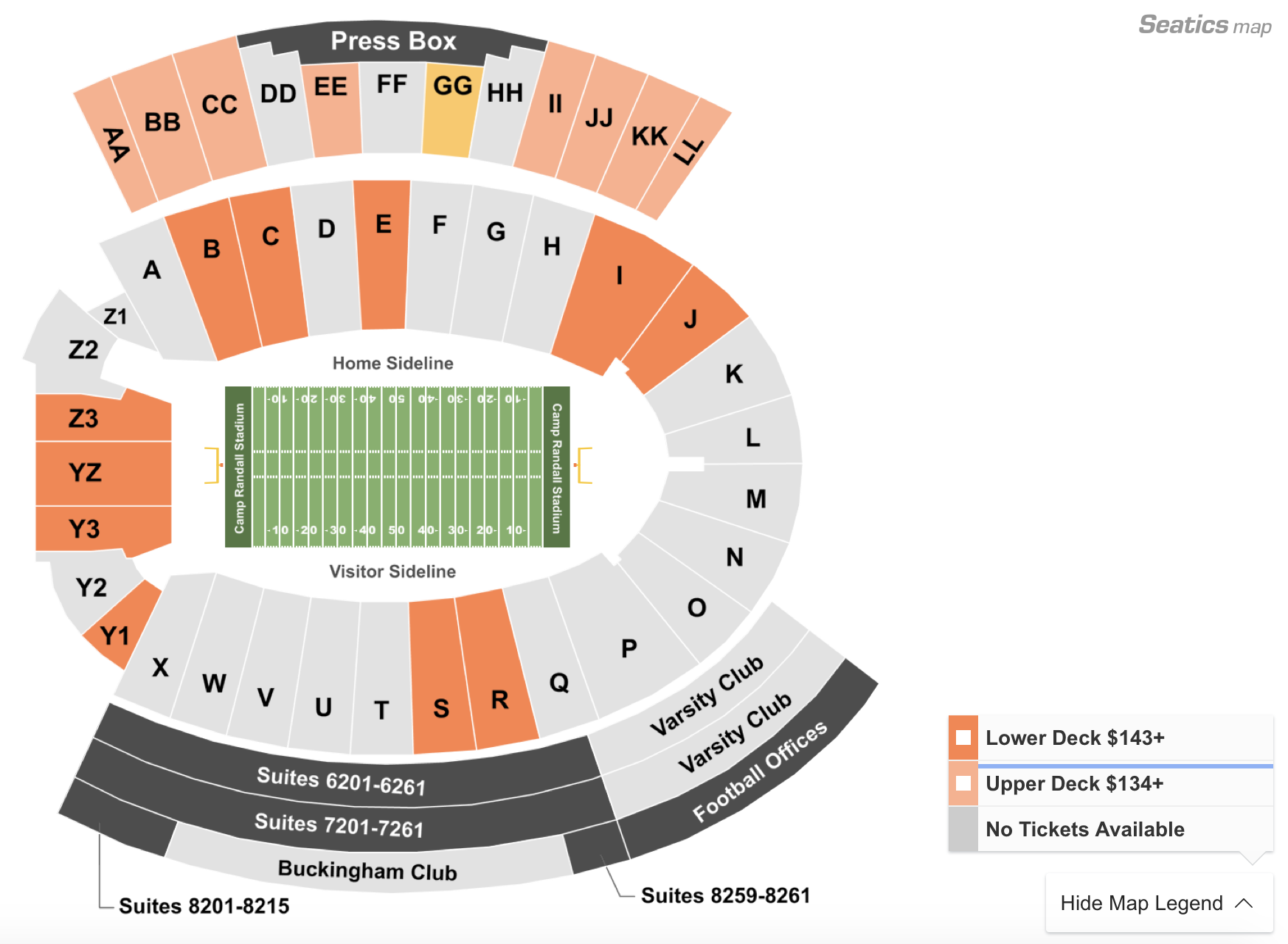 Primary market tickets in about 11 sections at Camp Randall Stadium still remain for Saturday's Big 10 football game matchup between Michigan State and Wisconsin. Seats start at $105 on the upper level on the press box side, on the second level on the sideline near the end zone and in the end zone, and can be bought via Paciolan on the Wisconsin website. For fans wanting a bigger selection, including seats in the lower bowl at the 40-yard line, the secondary market is worth a look. The priciest seats with TicketIQ's Low Price Guarantee still available are in Lower Level Z3, Row 31 in the end zone for $320, while the best seats look to be in Lower Deck Section E, Row 55 at the 50-yard line behind the Wisconsin bench for $208. Upper level seats start at $134 below the press box on the Badgers side, and end-zone seats start at $154 in Sections Z3 and Y1. 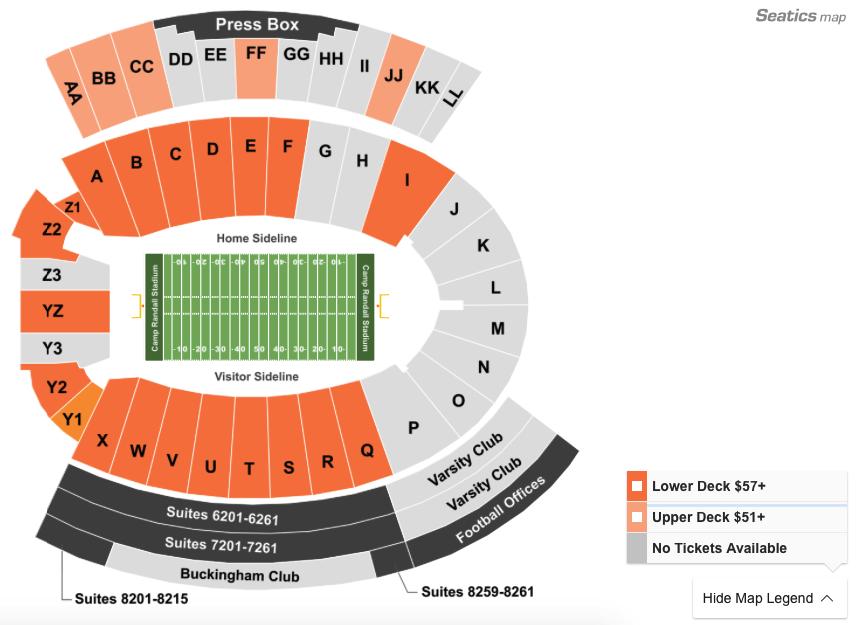 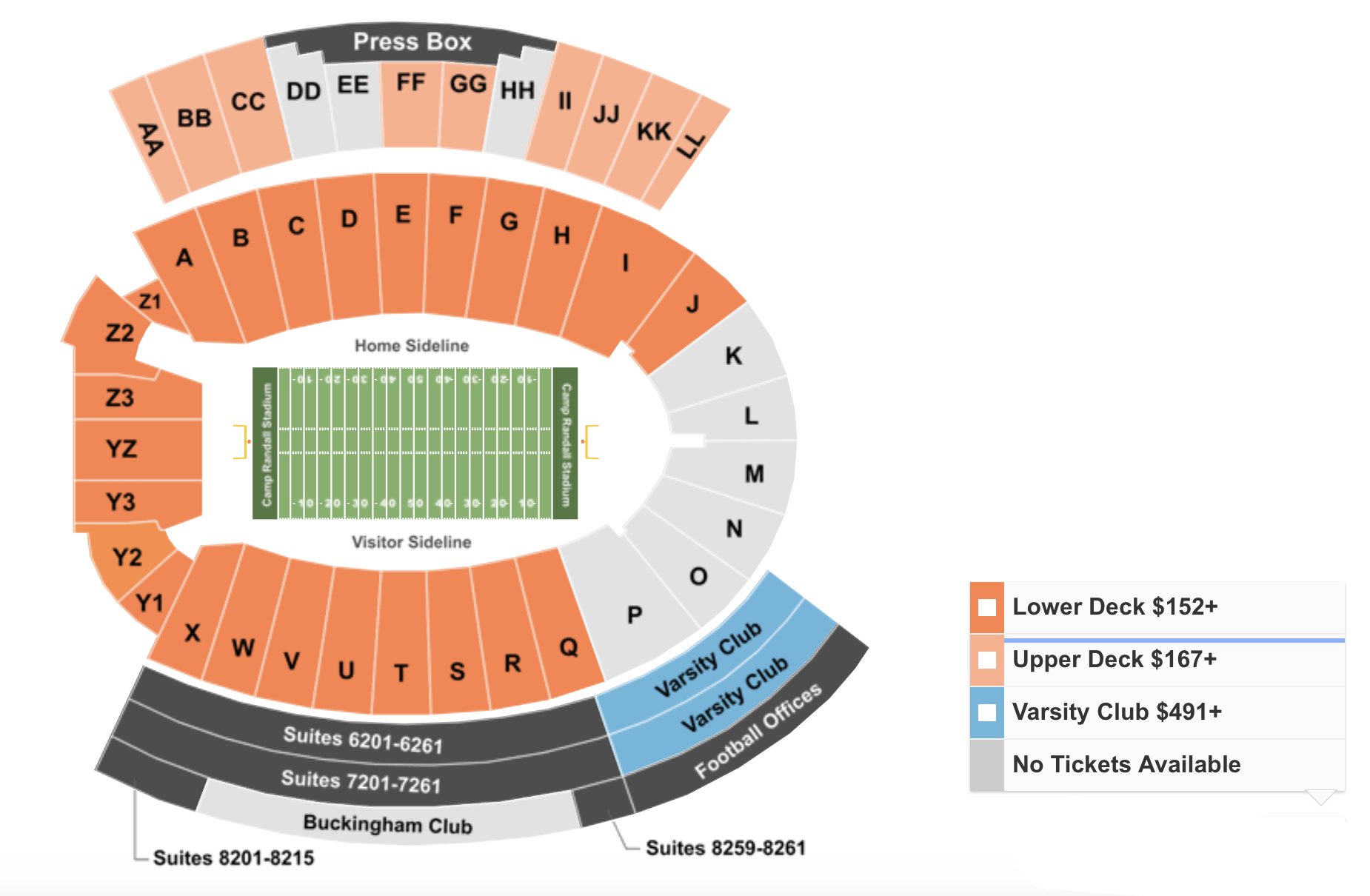 Both members of the Big Ten and regional rivals, Michigan and Wisconsin have played for each of the last four years, and the rivalry dates to 1892. Though they play in different divisions, the teams are annual cross-division opponents until 2021. Michigan has long dominated this rivalry, and holds a 51-15-1 all-time series advantage, and won the last meeting. This time around, both teams are ranked in the preseason Top 25 – Michigan at No. 7 and Wisconsin at No. 19 – the game will be about a whole lot more than bragging rights.