Single-game tickets for all Knicks remaining home games are available via Ticketmaster. 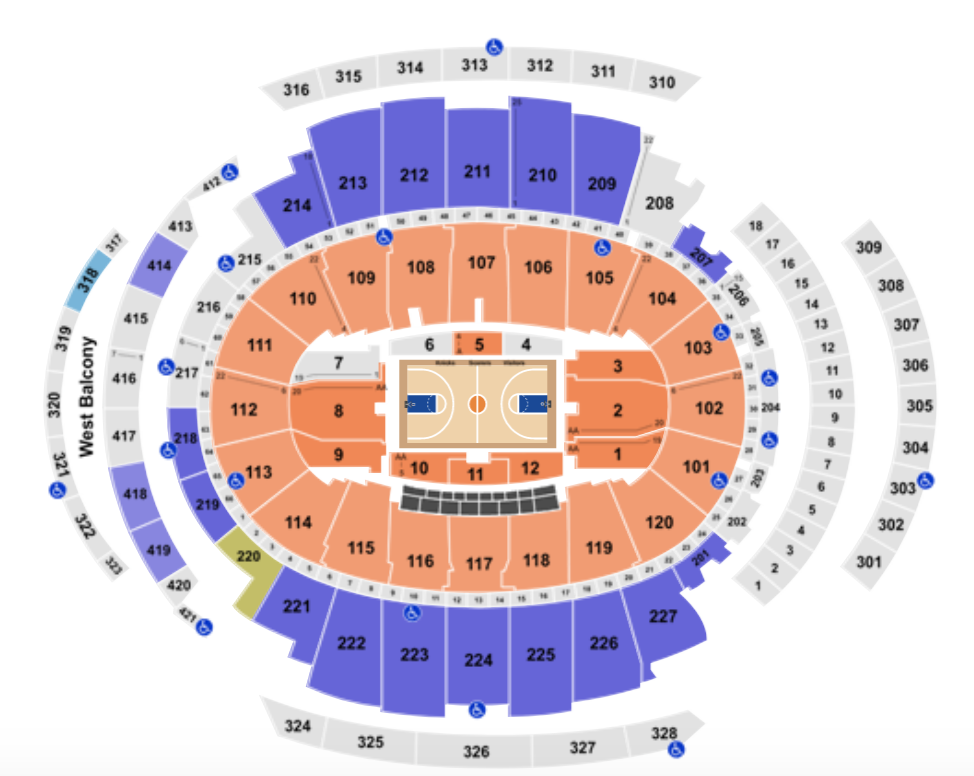 TicketIQ has fee free tickets to sold out events at Madison Square Garden. That means that if you find a secondary market ticket for less on a site like StubHub or Vivid Seats, we’ll give you 200% of the difference in ticket credit. TicketIQ customers save up to 25%. TicketIQ also provides access to unsold face value tickets for all events at Madison Square Garden via Ticketmaster. 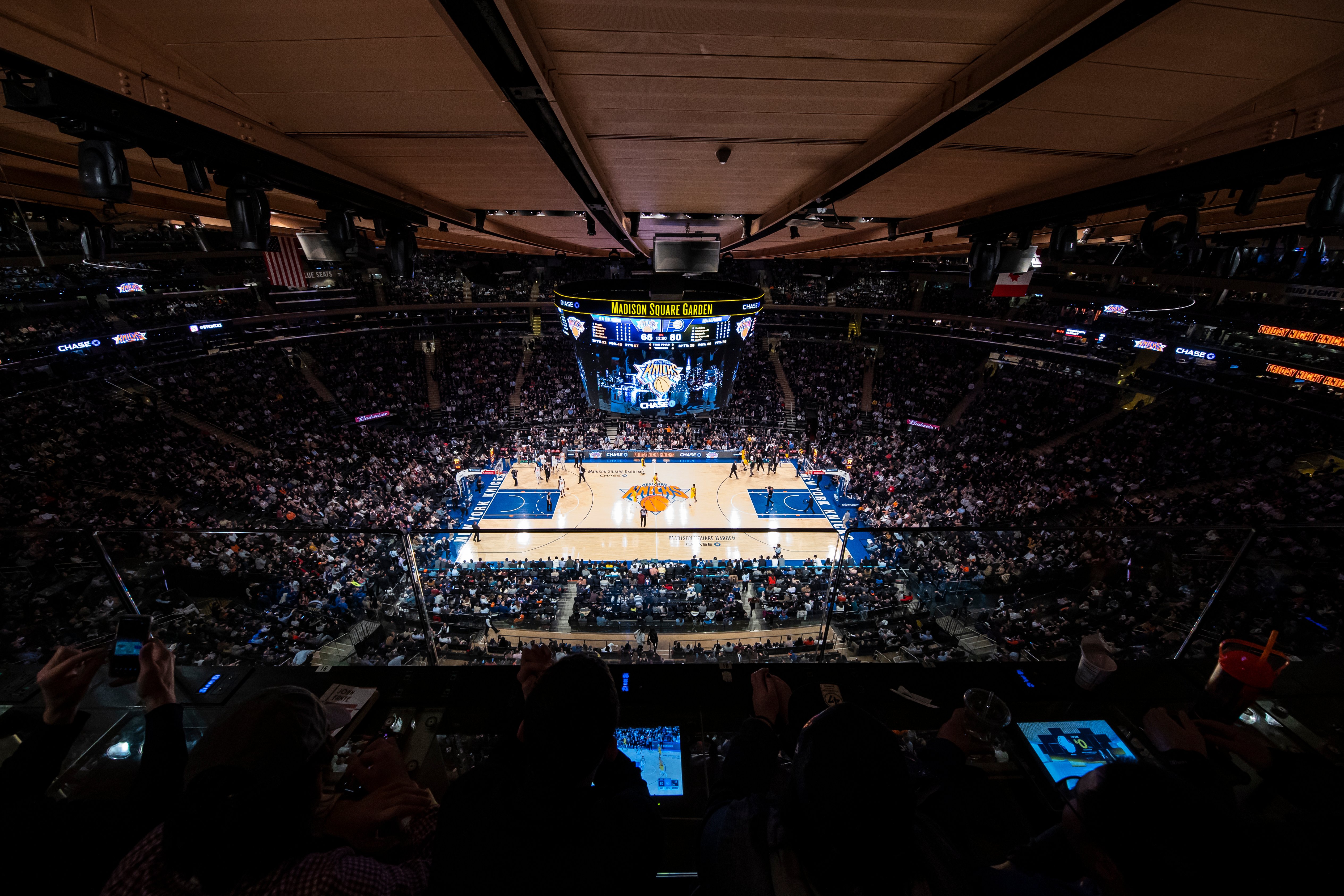 Where To Buy Chase Bridge Tickets at Madison Square Garden

Where to Find The Cheapest Knicks vs. Jazz Tickets on 3/4/20 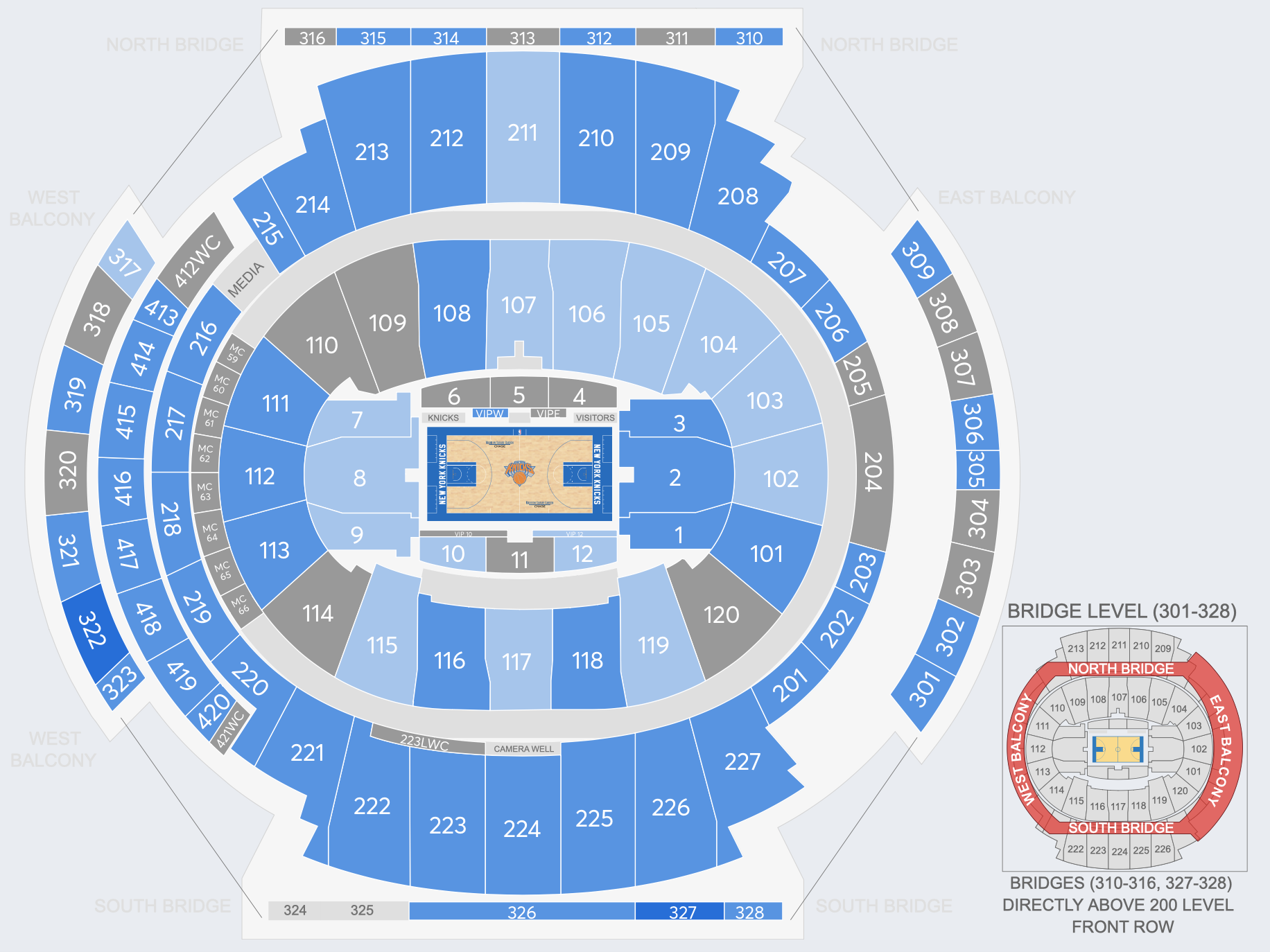 How Much Are Tickets for Knicks vs. Jazz at Madison Square Garden On Wednesday, March 4, 7:30 p.m.

When the Utah Jazz visit the New York Knicks on Wednesday, March 4, fans can get into the game starting at $47 for tickets in the 200 and 400 sections on the primary market via Ticketmaster. 200-Level seats at this price are along the sidelines, and 400-Level seats are behind the backboard on the West side of Madison Square Garden.

Throughout the season, the New York Knicks have theme nights, and there are 11 coming up through the end of the 2019-20 season, starting Thursday, January 16 with Pride Night at Madison Square Garden. Primary market tickets are available through the team website or Ticketmaster for all theme nights, which may include giveaways or entertainment, and the Knicks advertise that the goal is to “celebrate the diversity of New York on the world’s greatest stage.”

If you’re looking for a way to spend your Christmas Day, the NBA has you covered, with five games across the country starting at noon ET with the Boston Celtics at the Toronto Raptors and the final tip-off at 10:30 p.m. featuring the New Orleans Pelicans at the Denver Nuggets.

Where to Find The Cheapest Pacers vs. Knicks Tickets for 2019-20 Season

The Pacers have won each of the last 6 contests against the Pacers. Indiana looks to continue its success, as the teams face each other three times this season, twice at New York's Madison Square Garden and once at Indiana's Bankers Life Fieldhouse.

Where to Find The Cheapest Knicks vs. Raptors Tickets for 2019-20 Season

As winners of six straight matchups and 14 of the last 15 contests against New York, the defending champion Raptors look to continue their success against the new-look Knicks this season. New York and Toronto will face each other four times this season, twice at New York's Madison Square Garden and twice at Toronto's Scotiabank Arena.

Where to Find The Cheapest Knicks vs. 76ers Tickets for 2019-20 Season

As winners of the last eight meetings, the 76ers look to continue their success against the Knicks this season. New York and Philadelphia will face each other four times this season, twice at New York's Madison Square Garden and twice at Philadelphia's Wells Fargo Center.