Primary market single-game tickets to Major League Soccer's New England Revolution are currently available via Ticketmaster. The team also has season tickets and mini plans available through the team website. The Revolution will play their first home game of the season against Chicago on March 7. The teams plays at Gillette Stadium in Foxborough.

On the secondary market, TicketIQ offers fans a Low Price Guarantee on all sold out New England Revolution tickets, in addition to Low Price Guarantees on all Major League Soccer tickets. That means that if you find a secondary market ticket for less on a site like StubHub or Vivid, we’ll give you 200% of the difference in ticket credit. TicketIQ customers save up to 25%.

How Much Are New England Revolution Tickets

On the primary market, tickets for the season opener on March 7 against Chicago are available starting at $32.50 for general admission seating in Sections 141-143 behind the net. Most other games also start at $32.50 for the same sections. Also available at most games, including the May 2 against NYCFC, are Club Seats, above and behind the team benches starting at $90.50. These seats include lounge access, unique food-and-beverage options, and other amenities.

On the secondary market, tickets start as low as $26 for the May 2 NYCFC game, and Club Seats in Section CL 10, Row 2 start at $81. These seats are at midfield. Most games on the schedule have get-in prices under $30.

According to TicketIQ, the average asking price for a New England Revolution home game is $34, only $1 more than last year and the second lowest since TicketIQ began tracking data in 2011. The highest average of the last decade was $68 in 2011. 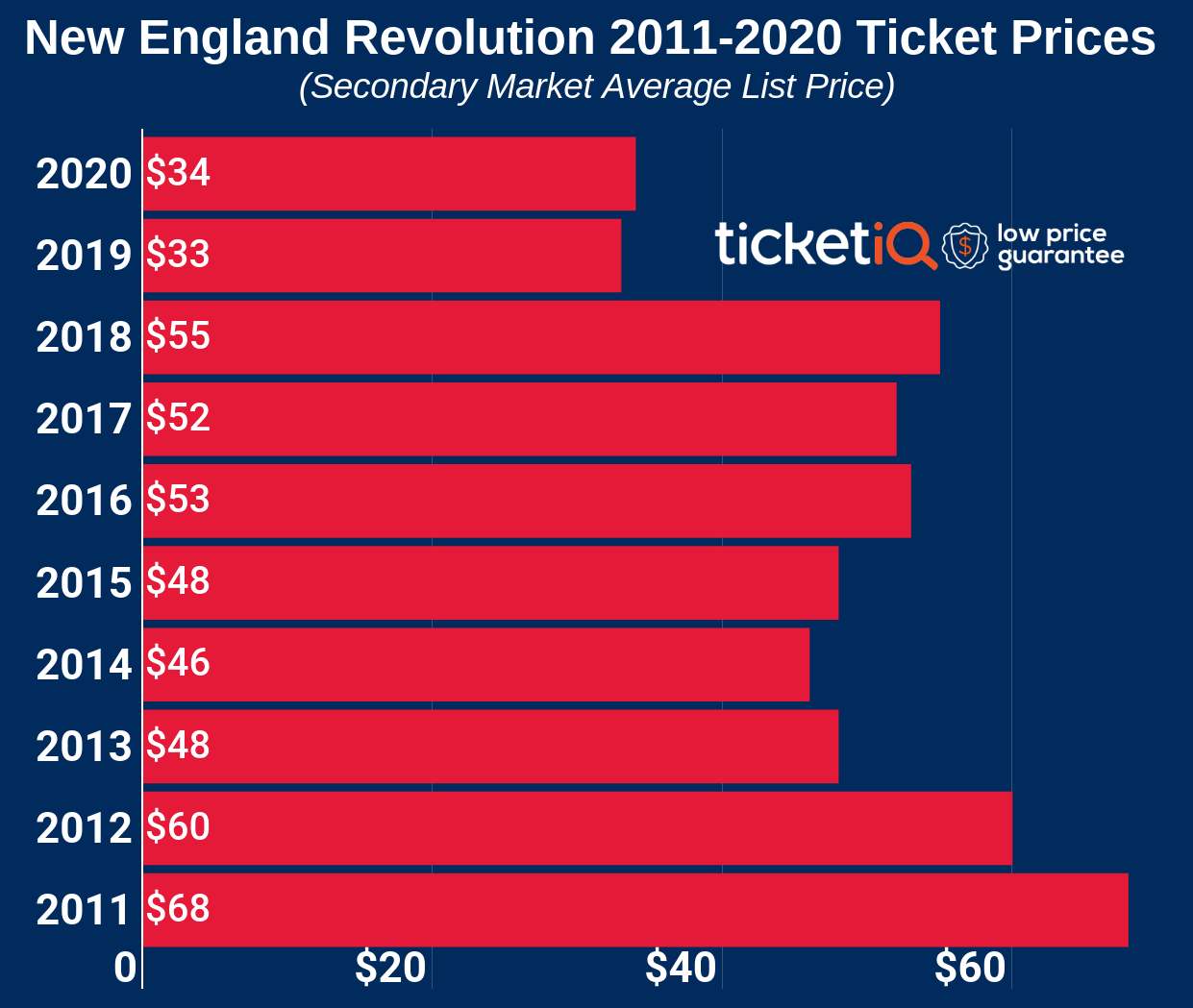 Season tickets are available directly via the Revolution, and season ticket holders get a discount over the single-game ticket price, complimentary VIP parking, merchandise discounts, and other benefits. The Revolution is also offering two multi-game packages -- a four-game package with seats in the The Fort starting at $116, and a six-game package with seats in The Fort starting at $174. With these packages, fans can select which games they want to attend and where they want to sit.

Season-ticket and multi-game ticket holders can access tickets online or via mobile device though Ticketmaster.