On the secondary market, TicketIQ offers fans a Low Price Guarantee on all sold out New York Red Bulls tickets, in addition to Low Price Guarantees on all Major League Soccer tickets. That means that if you find a secondary market ticket for less on a site like StubHub or Vivid, we’ll give you 200% of the difference in ticket credit. TicketIQ customers save up to 25%.

How Much Are New York Red Bulls Tickets

On the primary market, fans can get into the March 1 season opener against Cincinnati for $36 on the 200 Level. There are also seats for this game available in two Club Sections, 111C and 109C for $225. These sections are on the sidelines at field level on the side with the team benches. Club seats also include lounge access. Pricing and availability on the primary market are similar for May 23 game against DC United, with 200-Level seats starting at $36, and Club Seats in three sections — 108C, 109C and 111C — all priced at $225.

On the secondary market, TicketIQ has seats available for some New York Red Bulls home games for as little as $22, and most games have get-in prices below $30. Overall, New York Red Bulls tickets are trending at an average of $41 on the secondary market, making them the cheapest since 2013, when TicketIQ began tracking data. The priciest season cost fans $74 in 2018, when the Red Bulls won the Eastern Conference and advanced to the Conference Finals. 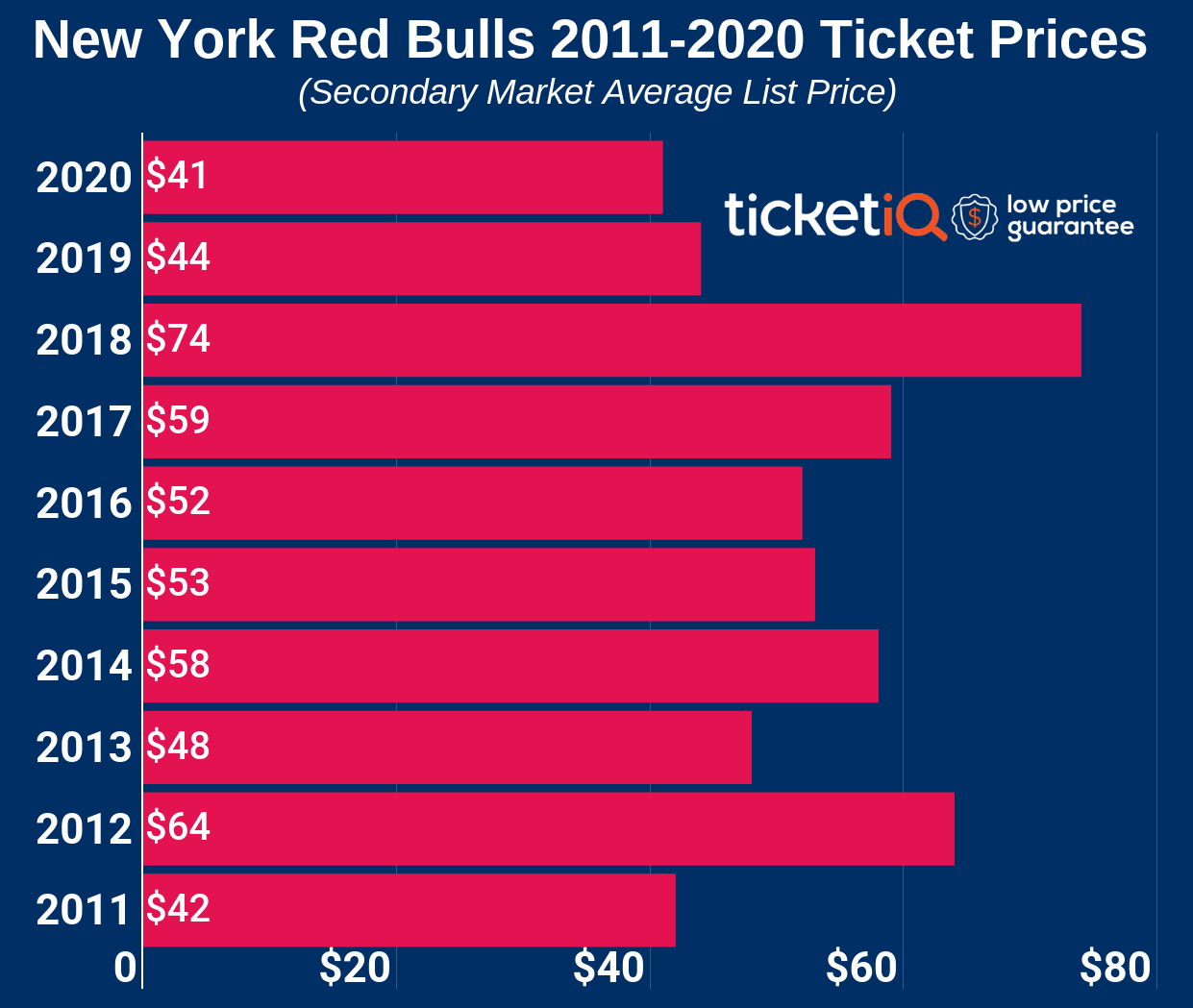 Season tickets, known as Red Memberships, are available throughout the stadium, and start at $420 in the South Ward Section and go up to $3,384 for Club Seats. South Ward seats are located behind the net at field level. All season-ticket holders get a discount on ticket prices over single-game tickets, discounts on merchandise, game-day priority lines for concessions, and access to special events. The Red Bulls also allow fans to build their own ticket packages for three, five or six games, and prices vary depending on which games are selected.