Sorry! There are currently no tickets available for DC United.

On the secondary market, TicketIQ has seats available for all games for as little at $24. The highest-interest game of the season is the Audi Field finale against Atlanta United on October 4, which is sold out on Ticketmaster. The cheapest seat on TicketIQ is $48. The game is one of five with a get-in price of $40 more. The other 15 games are cheaper, and the cheapest looks to be $26 on April 15 versus FC Toronto — making it cheaper to buy on the secondary market than the primary. Ticketmaster’s cheapest seat for this game is $30.

Overall, the average asking price for a DC United ticket is $50, up from an average of $48 last season. This year’s average asking price is the fourth priciest since 2013, when TicketIQ began tracking data. The highest average as $73 in 2018, when it finished fourth in the Eastern Conference. 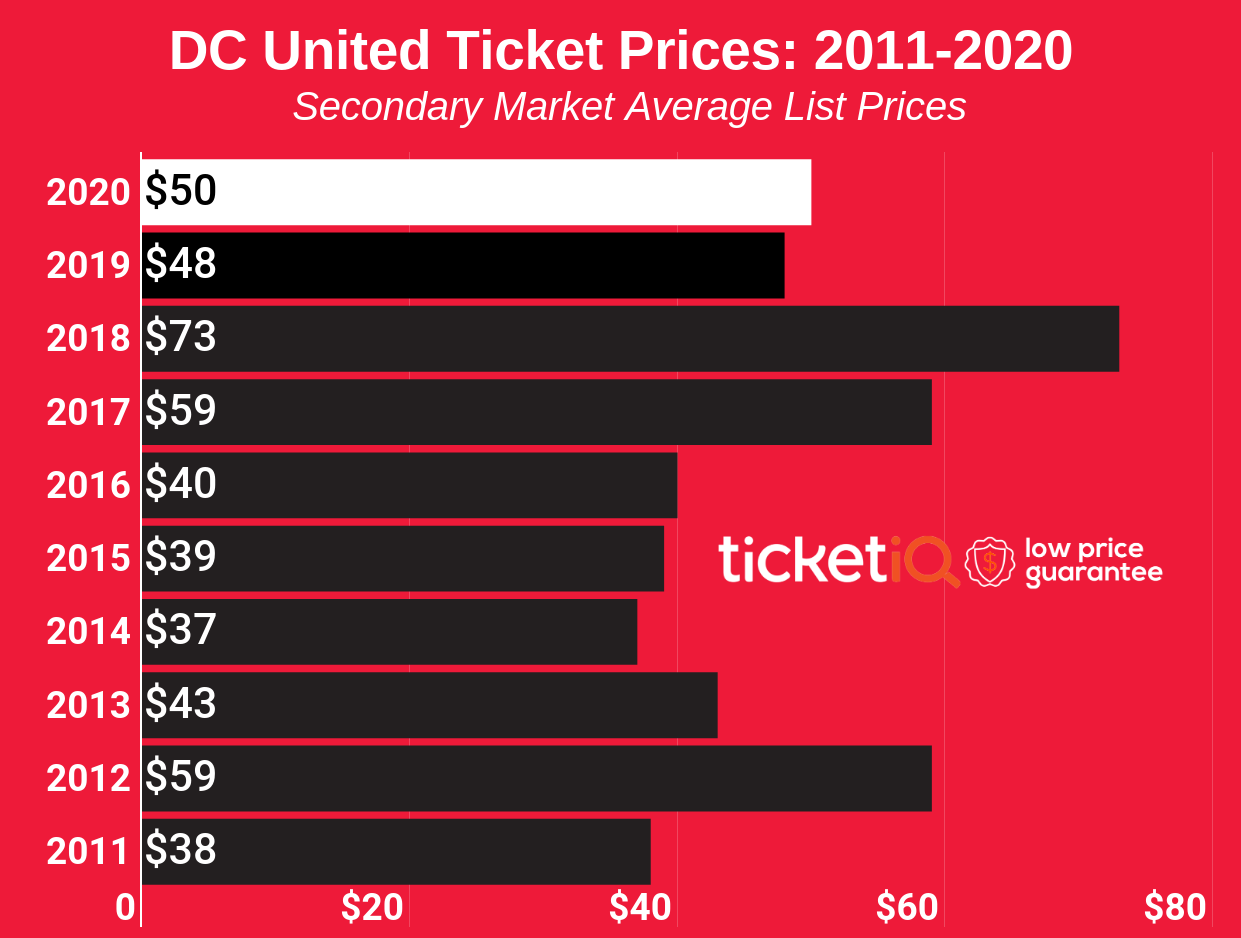 What Are D.C. United's 2020 Season Ticket and Mini Plan Options

Season tickets on the primary market are available in the 100 sections, and the highest-priced package is $4,500 for seats in either Section F8 or F9 at midfield behind the team bench. Season-ticket holders can save up to 30% over single-game prices, get access to a members-only gate into the stadium, and are invited to exclusive events. The team also has premium seating in clubs and suites around Audi Field, starting at $2,500 and including food-and-beverage service.

What can you bring into Audi Field:

Items Allowed in the Stadium:

A clear bag that does not exceed 14 x 14 x 16 inches is permitted in the stadium. Fans can also use keyless lockers at the stadium for a fee.

You can also view a PDF breakdown of their prohibited and permitted items policy directly from the team here.

TicketIQ is committed to the cheapest tickets possible, and we make much less on sold out tickets compared to other major marketplaces like StubHub and Vivid. That means ticket buyers save from up to 25% on TicketIQ on sports, music and theater. We're able to do this because we also work with teams, venues, and other ticket owners, to help them sell tickets at face price, directly to consumers like you, through Ticketmaster, Seatgeek and AXS. For an overview of the 2019 MLS Ticket buying landscape, and details on the cheapest way to get tickets for every MLS team, visit the TicketIQ Blog.