Where To Buy 2020 Sporting KC Tickets

Single-game primary market tickets for Major League Soccer’s Sporting KC are available via SeatGeek for all home games. Season tickets and multi-game packages are available through the team website. Sporting KC opens it season at home on March 7 against the Houston Dynamo at Children’s Mercy Park.

On the secondary market, TicketIQ offers fans a Low Price Guarantee on all sold out Sporting KC tickets, in addition to Low Price Guarantees on all sold out Major League Soccer tickets. That means that if you find a secondary market ticket for less on a site like StubHub or Vivid, we’ll give you 200% of the difference in ticket credit. TicketIQ customers save up to 25%.

How Much Are 2020 Sporting KC Tickets

On the primary market, fans can get tickets to most home games starting at $30, including the season opener against Houston on March 7. The priciest tickets for that game are $80 for a spot in the Bud Light Landing, which is a general-admission all-inclusive section with all-you-can-eat stadium snacks and Bud Light refreshments. This section also has high-top tables and bar. It is open seating.

Overall, the average asking price on the secondary market for a ticket to a home Sporting KC game this season is $71, making it tied with 2017 for the fourth priciest ticket since 2013, when TicketIQ began tracking data. The highest average was in 2016, when fans paid an average of $82. The cheapest season was 2015, when the average asking price was $59. 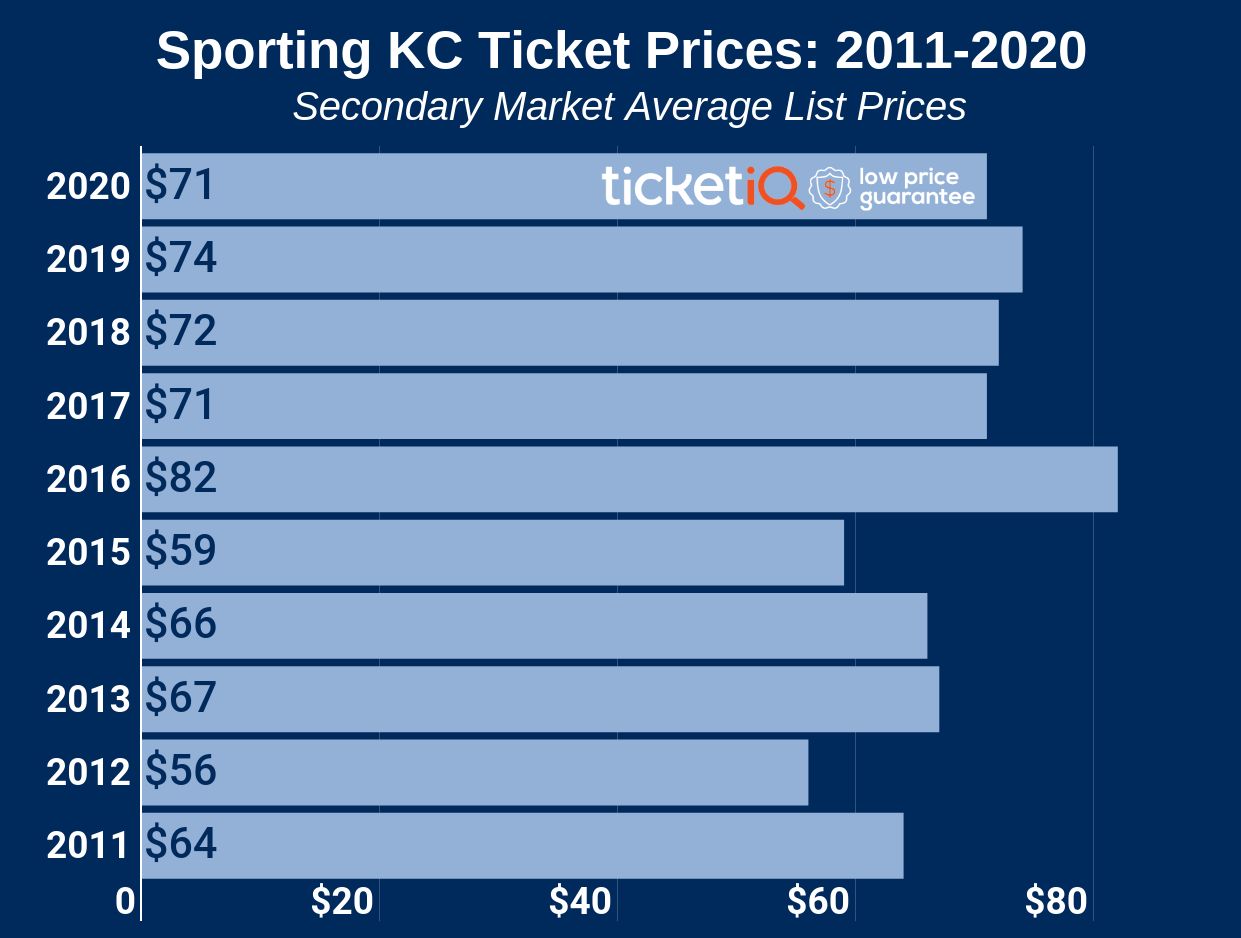 Sporting KC and Children’s Mercy Park went paperless in 2019. Fans can access tickets via the SeatGeek app, SeatGeek mobile desktop site or the Sporting KC app. The apps can be used for digital entry, transferring tickets or selling tickets.

What can you bring into Children’s Mercy Park:

Items Allowed in the Stadium:

A clear bag that does not exceed 14 x 14 x 6 inches. Fans are also permitted to bring in one empty bottle up to 20 ounces. During a heat advisory, each fan will be allowed to bring one 20-ounce bottle into the venue. The cap will be unsealed and removed from the bottle at the gate.