Sorry, no events found for "Pentatonix".

How To Find The Cheapest Pentatonix: The World Tour Tickets 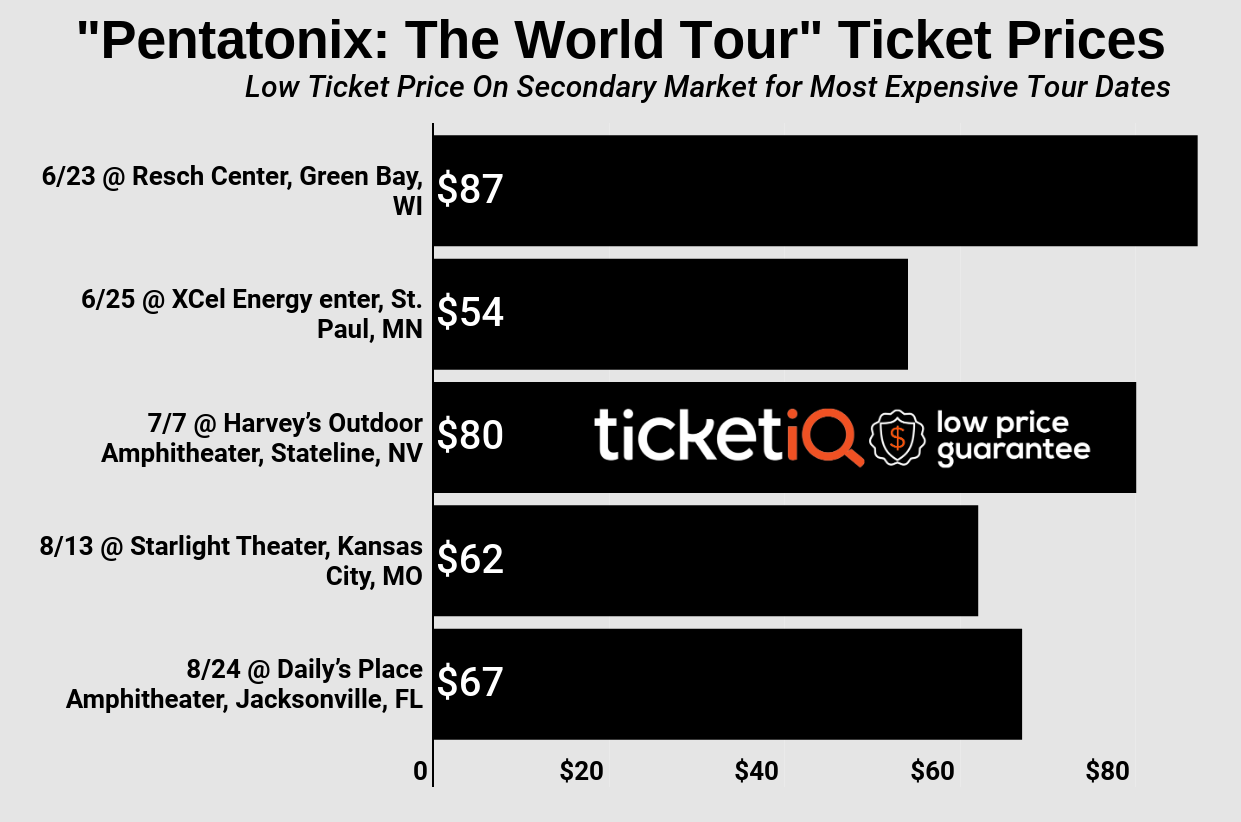 A cappella group Pentatonix will continues its "Pentatonix: The World Tour," North American leg on June 15 in Grand Rapids, Michigan, and wrap up August 31 in Bethel, New York. The band, known for its covers of modern pop music and Christmas songs, will perform at medium-sized venues across the U.S. and during a three-city stop in Canada, June 28-July 2. The tour started in May in Oakland and the band will do a series of shows in Latin America in October.