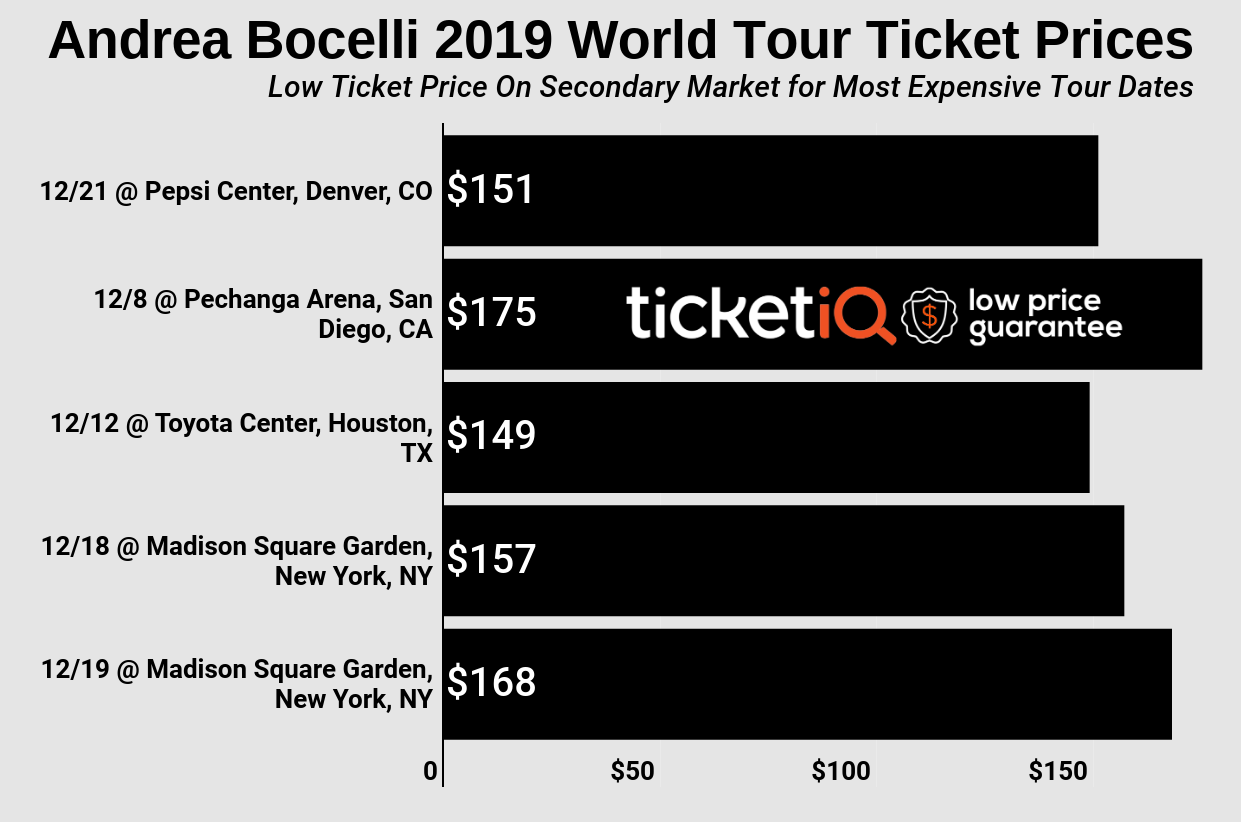 Fans of the singer with the "most beautiful voice" in the world will have a chance to hear Italian singer Andrea Bocelli live this summer, when he embarks on a North American leg of a world tour that begins June 13 in Vancouver, British Columbia and runs into the summer of 2020 with new dates expected to be announced. Three dates next June in California were also recently announced on go on sale later this month.