Where to Find Chicago - The Musical Tickets

The cheapest tickets to Chicago! The Musical on the primary market are through TeleCharge and start at $69 (before fees) for seats in the Rear Mezzanine. Tickets start at $79 for the Front Mezzanine and in some Orchestra seats, though center seats for both the Front Mezzanine and Orchestra start at $149. Premium seating starts at $189. Theater goers can either select their own seats or take best available, and can request aisle seats for a premium. “Matinee Madness” tickets are also available, starting at $49.50.

TicketIQ has Low Price Guarantees on Chicago! The Musical tickets for all sold out tickets and shows.  For weekend shows, the secondary market may be a better value. On TicketIQ, there are secondary market seat starting at $85 for seats in the center of the Rear Mezzanine.

TicketIQ also has Low Price Guarantees on all theater tickets, which means that if you find a secondary market ticket for less on a site like StubHub or Vivid Seats we’ll give you 200% of the difference in ticket credit. TicketIQ customers save an average of 5%-20% compared to StubHub and Vivid Seats.

The Ambassador Theatre is located at 219 West 49th Street, between Broadway and 8th Avenue. The theater opened in 1921 and seats 1,114. What makes the theater unique is its diagonal layout, which maximizes the number of seats in the space. The theater was originally designed by Herbert J. Krapp for the Shuberts. 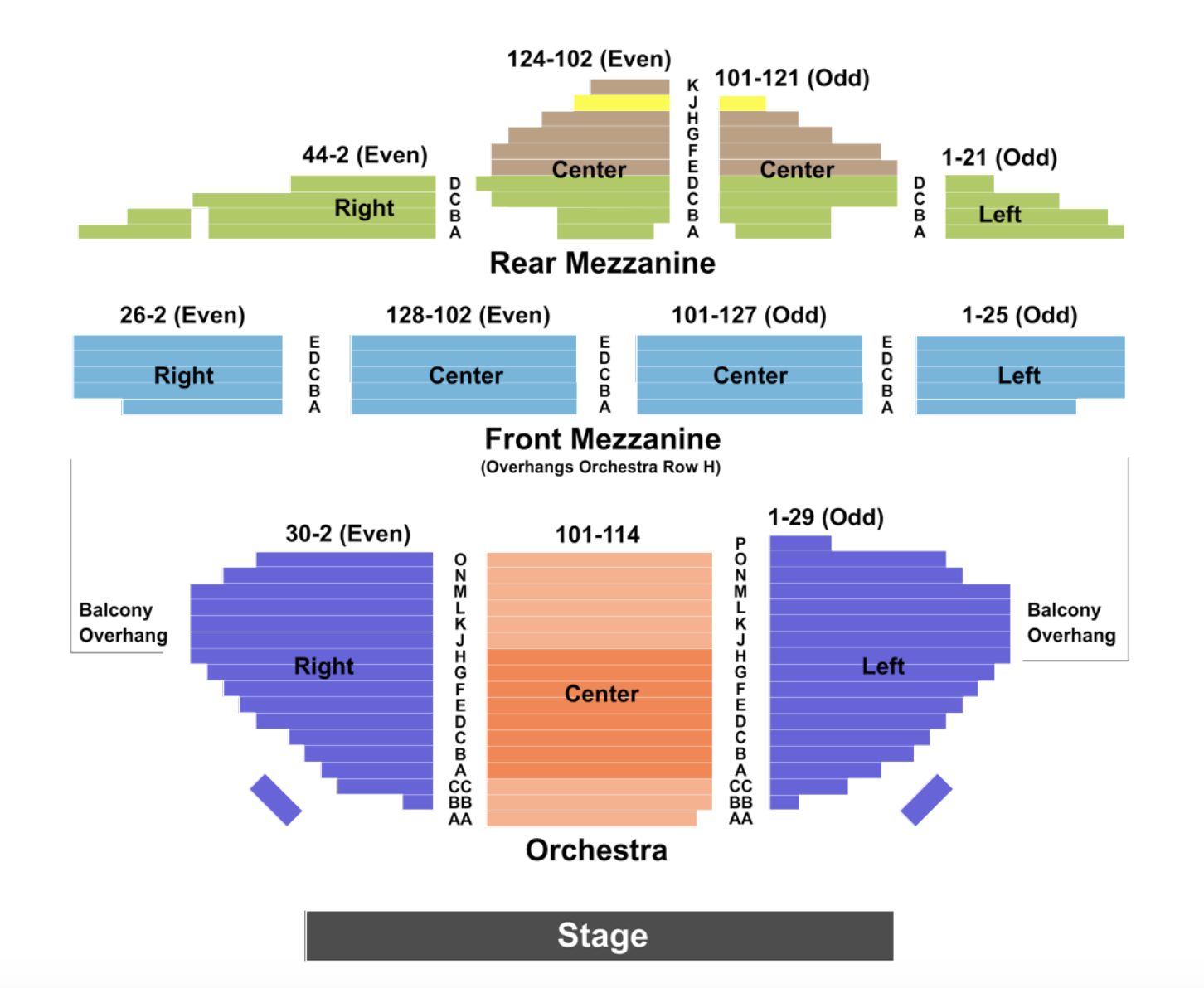 The theater is divided into five sections, and theater goers can choose from Orchestra, Front Mezzanine, Back Mezzanine or Box seats, and standing room only locations.

There are spots for seven wheelchairs in the theater and 11 aisle transfer arms. The Mezzanine is up two flights of stairs and there are handrails at the end of every stepped seat row in the Mezzanine. There are two small steps from the sidewalk into the main entrance of the theater, but the there are no steps to the side entrance. There is no elevator or escaltor in the theater.

There are 11 Standing-Room Only spots in the Ambassador Theatre.

The show runs 2 hours, 30 minutes, and has one 15-minute intermission. The theater recommends patrons arrive 45 minutes before the start of the show.

Chicago! is recommended for ages 13 and up.  Children under the age of four are not allowed in the theater.

The theater offers accommodations for those who are blind, partially blind, deaf or hard of hearing.  The theater provides infrared assisted listening devices for every performance.

Lotteries are different from rush tickets, which may be available at the box office on the day of the show, sometimes only for students. In addition to in-person lotteries, there are also digitial options available directly through each show. Playbill has a list of all lottery links for other shows, many of which require entrants to register using a social media account.