Sorry! There are currently no tickets available for NHL Winter Classic.

Now in its 12th year, 2020 Winter Classic tickets rebounded in average price on the secondary market compared to last season. Despite a new location in Notre Dame Stadium, tickets las year were going as low $75 to see the Blackhawks take on Bruins. This year, the cheapest tickets on the secondary ticket market is double that price to see the Nashville Predators take on the Dallas Stars at the Cotton Bowl in Dallas, Texas. 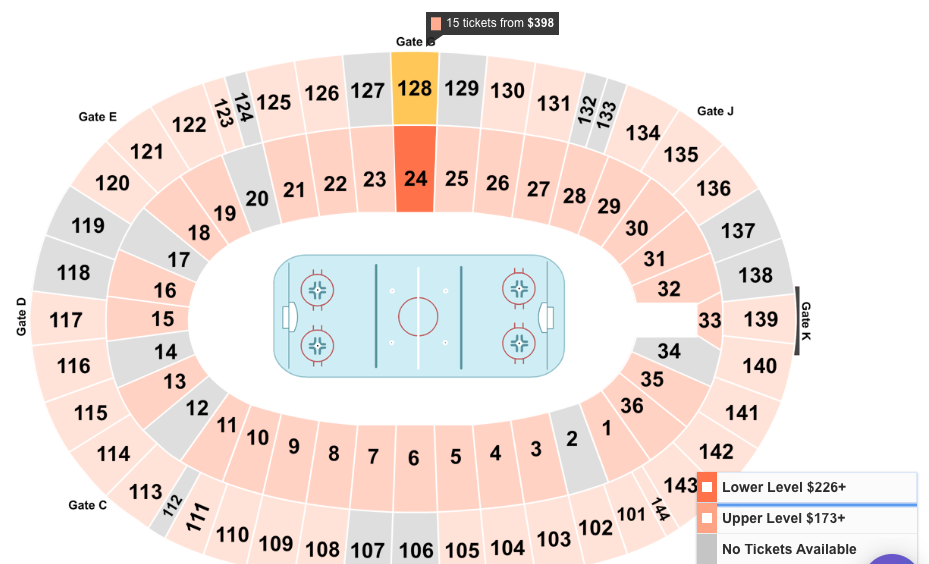 Below is the average price on the secondary ticket market over the last decade for every Winter Classic game. With over 90,000 tickets to sell, the high average price is all the more impressive compared to prior years. Compared to other football stadium games since 2011m it's the 3rd most expensive game, behind 2012 at Heinz Field and 2016 at Gillette Stadium. The Cotton Bowl Stadium will become only the third venue in the state of Texas to host a regular-season NHL contest along with American Airlines Center and Reunion Arena. 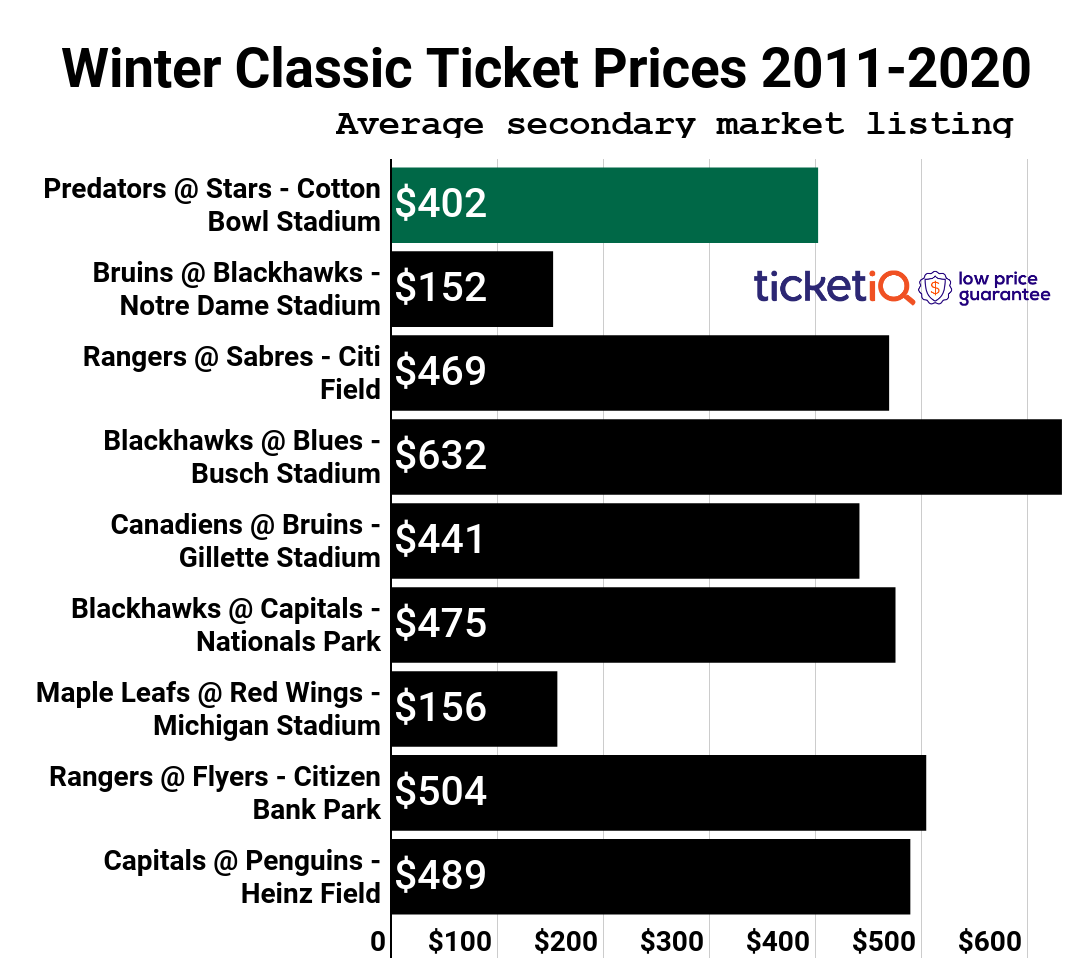 On the secondary market TicketIQ will offer fans a Low Price Guarantees on all Nashville Predators home games and Dallas Stars home games. In addition to Low Price Guarantees on all College Football tickets. That means that if you find a secondary market ticket for less on a site like StubHub or Vivid, we’ll give you 200% of the difference in ticket credit. TicketIQ customers save up to 25%.