Sorry! There are currently no tickets available for Fiesta Bowl.

Where To Buy Fiesta Bowl Tickets

Single-game tickets to the Fiesta Bowl are sold out on Ticketmaster, but fans can still purchase ticket packages via Paciolan. The packages include premium seating, including Club Seats, as well as other amenities like access to pre-game parties, parking, and tickets to Army vs. Washington State at the Cheez-It Bowl on December 27 at Chase Field in Phoenix.

On the secondary market TicketIQ will offer fans a Low Price Guarantee on all Fiesta Bowl tickets in addition to Low Price Guarantees on all sold out college bowl games and college football playoff tickets. That means that if you find a secondary market ticket for less on a site like StubHub or Vivid, we’ll give you 200% of the difference in ticket credit. TicketIQ customers save up to 25%. 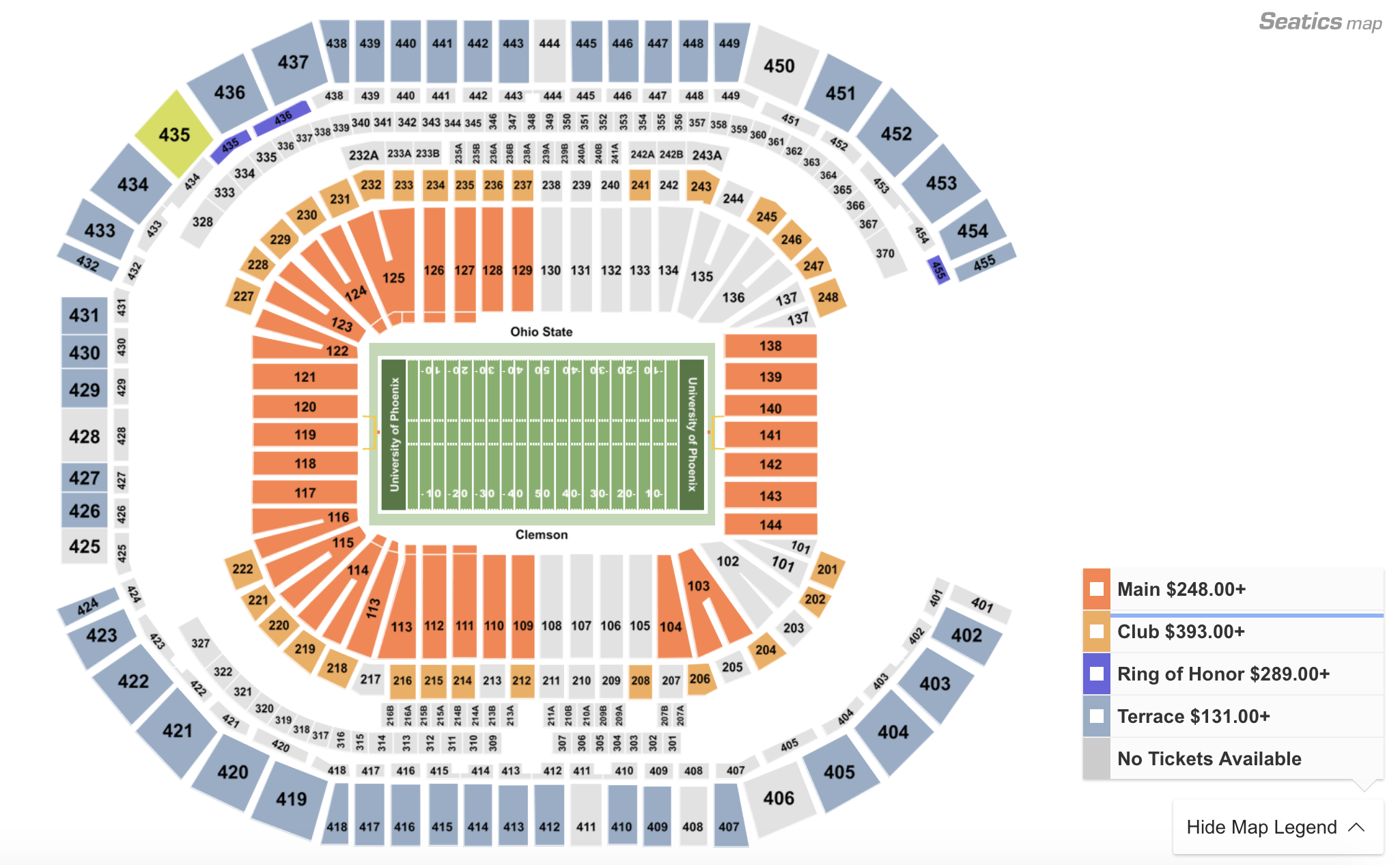 How Much Are Fiesta Bowl Tickets 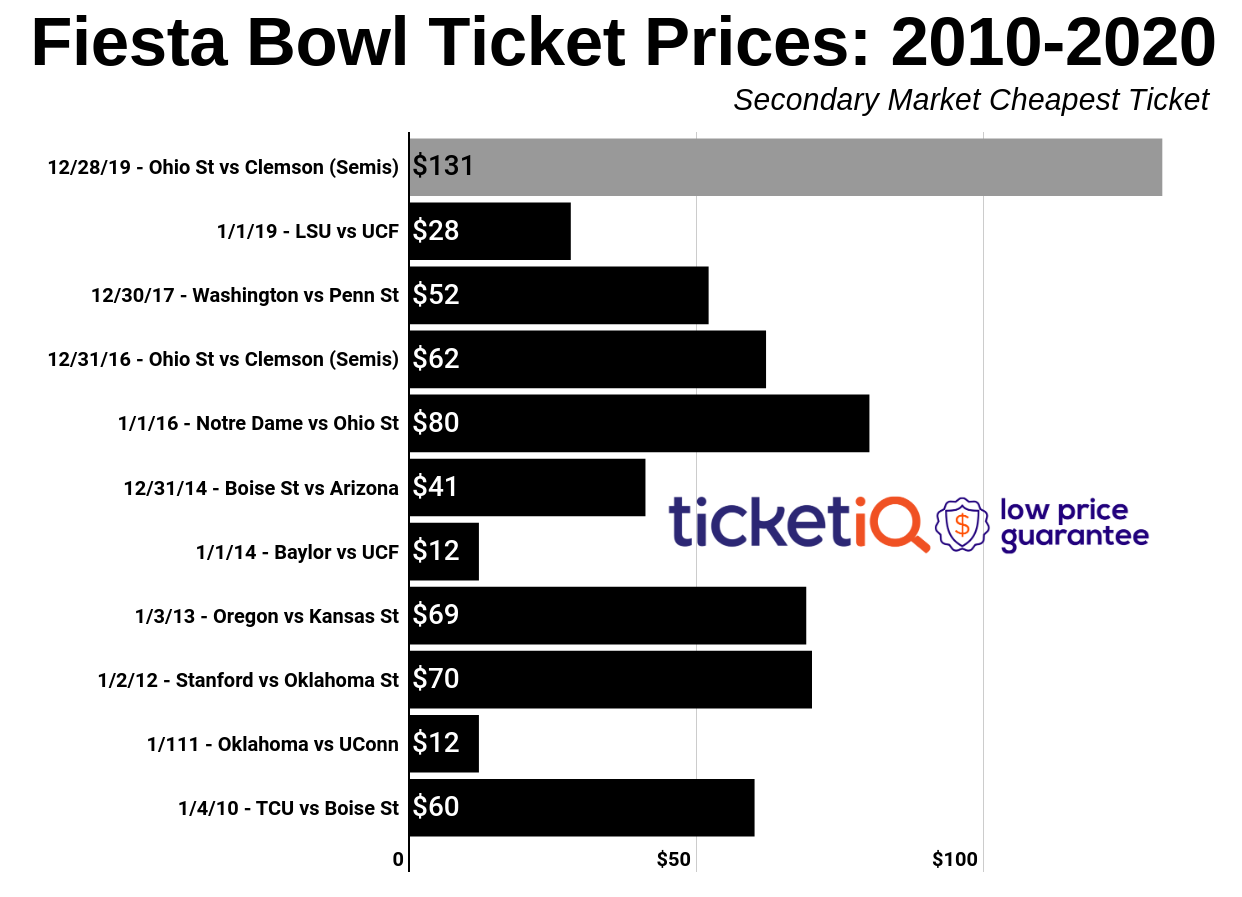 On the secondary market, TicketIQ shows the cheapest ticket is $131 in Terrace 435, high up on the corner. There are plenty of 400-Level seats still remaining and they rise in price to $377 in Terrace 454 on the corner with the TicketIQ Low Price Guarantee. Club Seats are available on the 200-Level, and range in price from $402 to $2,656 in Section Club 237, Row 8 at the 40-yard line. Club Ticket holders get access to lounges, comfier seats, and premium food-and-beverage selections.