Where To Buy Cotton Bowl Tickets

The 2019 edition of the Goodyear Cotton Bowl features Memphis vs. Penn State at Arlington’s AT&T Stadium, and limited tickets are available via Ticketmaster for either $150 or $250. The game marks the first time Memphis and Penn State have played each other.

On the secondary market, tickets are available for much less and start under $20. TicketIQ will offer fans a Low Price Guarantee on all sold out Cotton Bowl tickets in addition to Low Price Guarantees on all sold out college bowl games & college football playoff. That means that if you find a secondary market ticket for less on a site like StubHub or Vivid, we’ll give you 200% of the difference in ticket credit. TicketIQ customers save up to 25%. 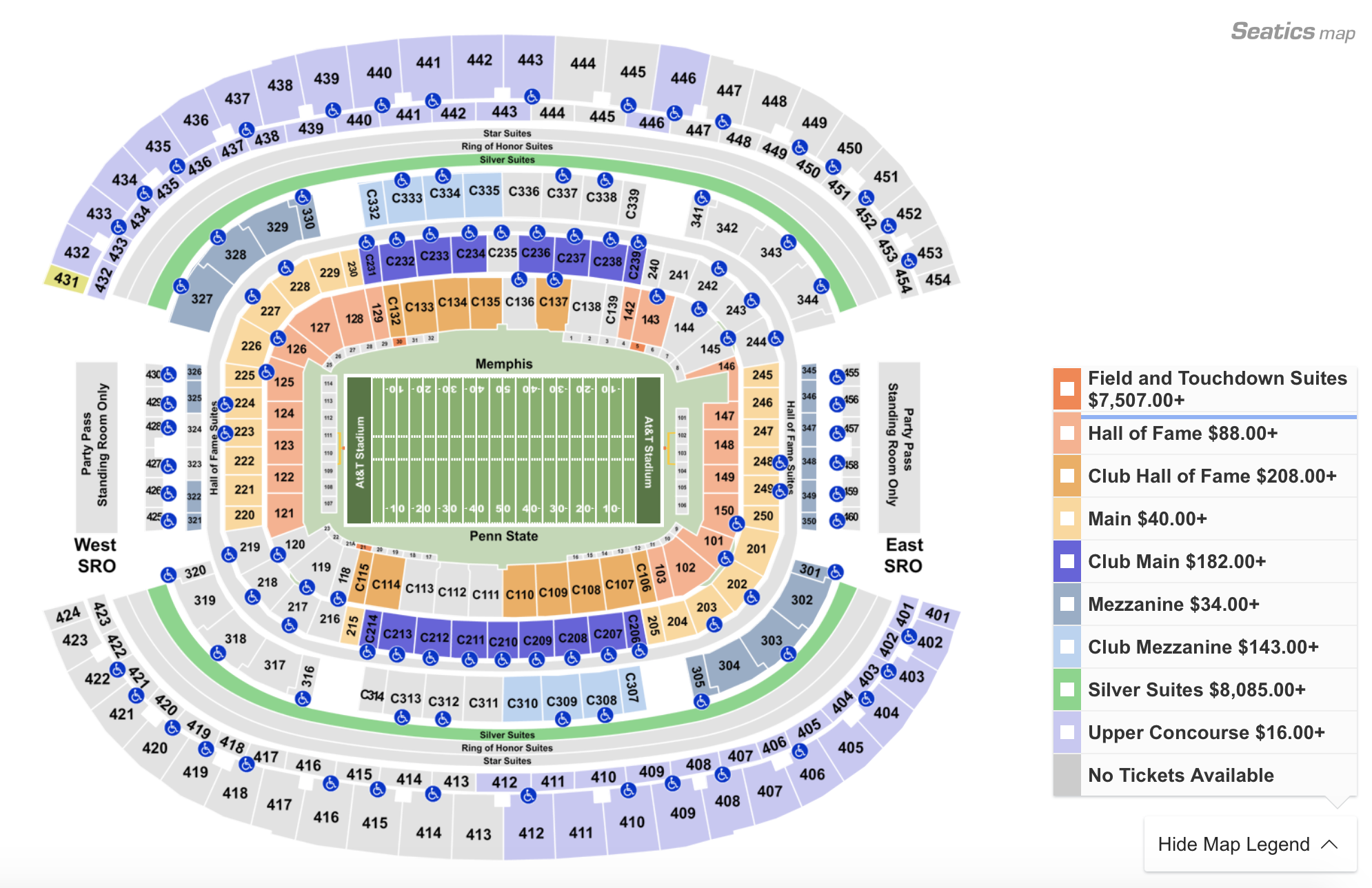 How Much Are Cotton Bowl Tickets

The average asking price on the secondary market is $285, making it the fourth priciest major bowl game that is not a CFP game behind $536 for Oregon vs. Wisconsin in the Rose Bowl at Pasadena, $358 for Florida vs. Virginia in the Orange Bowl at Miami and $291 for Georgia vs. Baylor in the Sugar Bowl at New Orleans. The cheapest ticket for the Cotton Bowl is trending at $16 on the secondary market.

The game is trending as one of the cheapest Cotton Bowls of the decade, well below last year’s $468 for the Clemson vs. Notre Dame game, which was a national semifinal. That game was one of three Cotton Bowls since 2010 to settle at more than $400.  The cheapest game of the decade cost fans $117 when Wisconsin played Western Michigan in 2017. 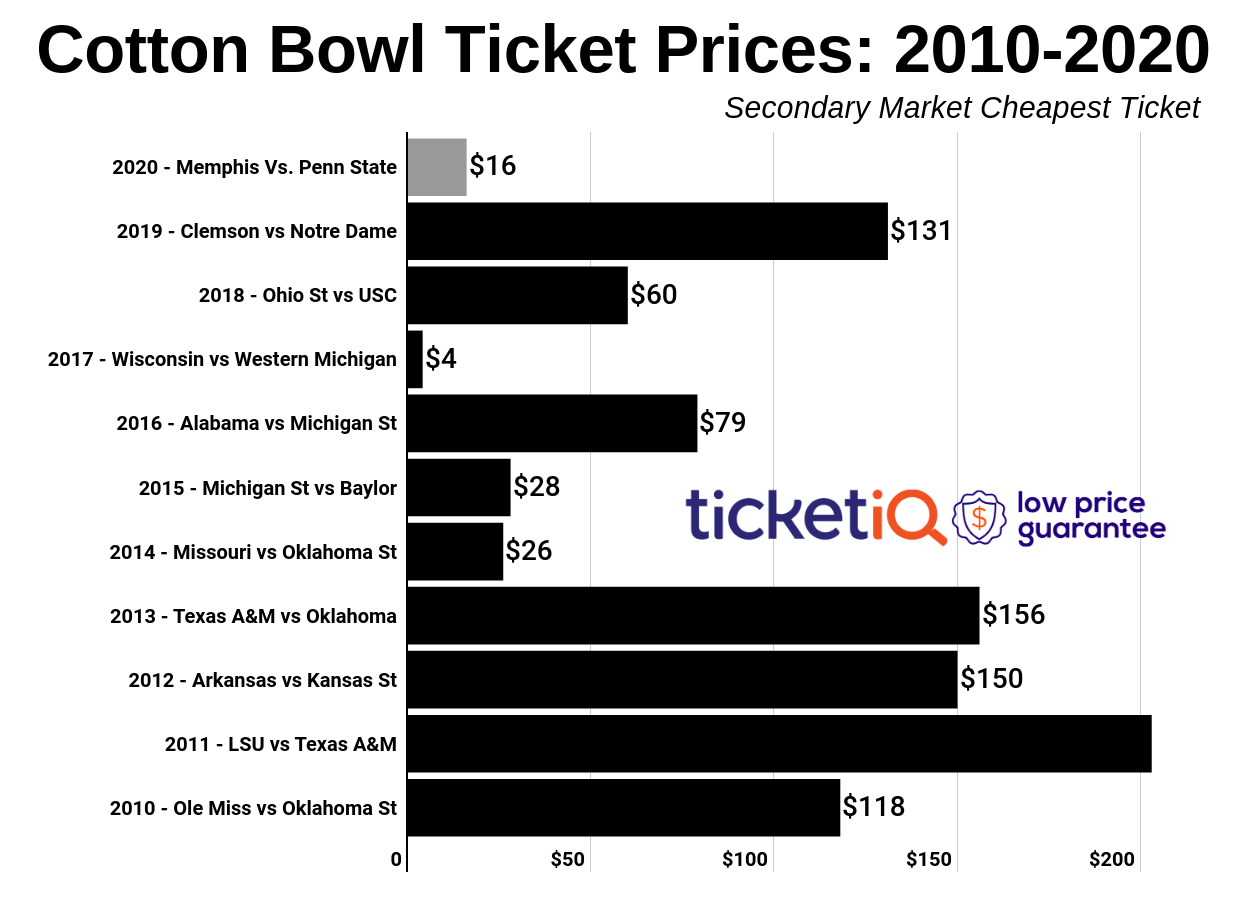 TicketIQ has seats in Sections 401, 402 and 431 on the corners for less than $20. For those wanting to treat themselves, Club Seats with the TicketQ Low Price Guarantee are available on the Mezzanine Level starting at $158 in Club Mezzanine 308 and 333, on the Main Level starting at $144 in Club Main C231 and on field level in Club Hall of Fame C132 for $237. All Club Seats are between the end zones. Club Seats are wider and more padded than standard seats, and include VIP entry, upscale food and beverage and access to lounges.

Penn State has made only three previous appearances in the Cotton Bowl, and has never lost. The first was in 1948 and that game ended in a 13-13 tie against Southern Methodist. The Nittany Lions played in the Cotton Bowl twice in the 1970s and won both games. Penn State finished the regular season at 10-2 overall and was second in the Big Ten East.

Memphis has never won a bowl game and has never played in the Cotton Bowl. Memphis coach Mike Norvell on Sunday was named head coach at Florida State. The Tigers won the American Athletic Conference.