One of two national semifinal games, the Peach Bowl, which features No. 1 LSU vs. No. 4 Oklahoma, is sold out on the primary market. The game is set for Saturday, December 28 at Mercedes-Benz Stadium in Atlanta.

LSU and Oklahoma have a limited history – they’ve played only twice, both times in the Sugar Bowl. LSU won the last meeting in 2004 and Oklahoma won the first one in 1950.

Where To Buy Peach Bowl Tickets

Primary market tickets for the Peach Bowl are sold out.

Fans wanting tickets to the game will have to visit the secondary market, and TicketIQ will offer fans a Low Price Guarantee on all sold out Peach Bowl tickets in addition to Low Price Guarantees on all sold out college bowl games and college football playoff tickets. That means that if you find a secondary market ticket for less on a site like StubHub or Vivid, we’ll give you 200% of the difference in ticket credit. TicketIQ customers save up to 25%. 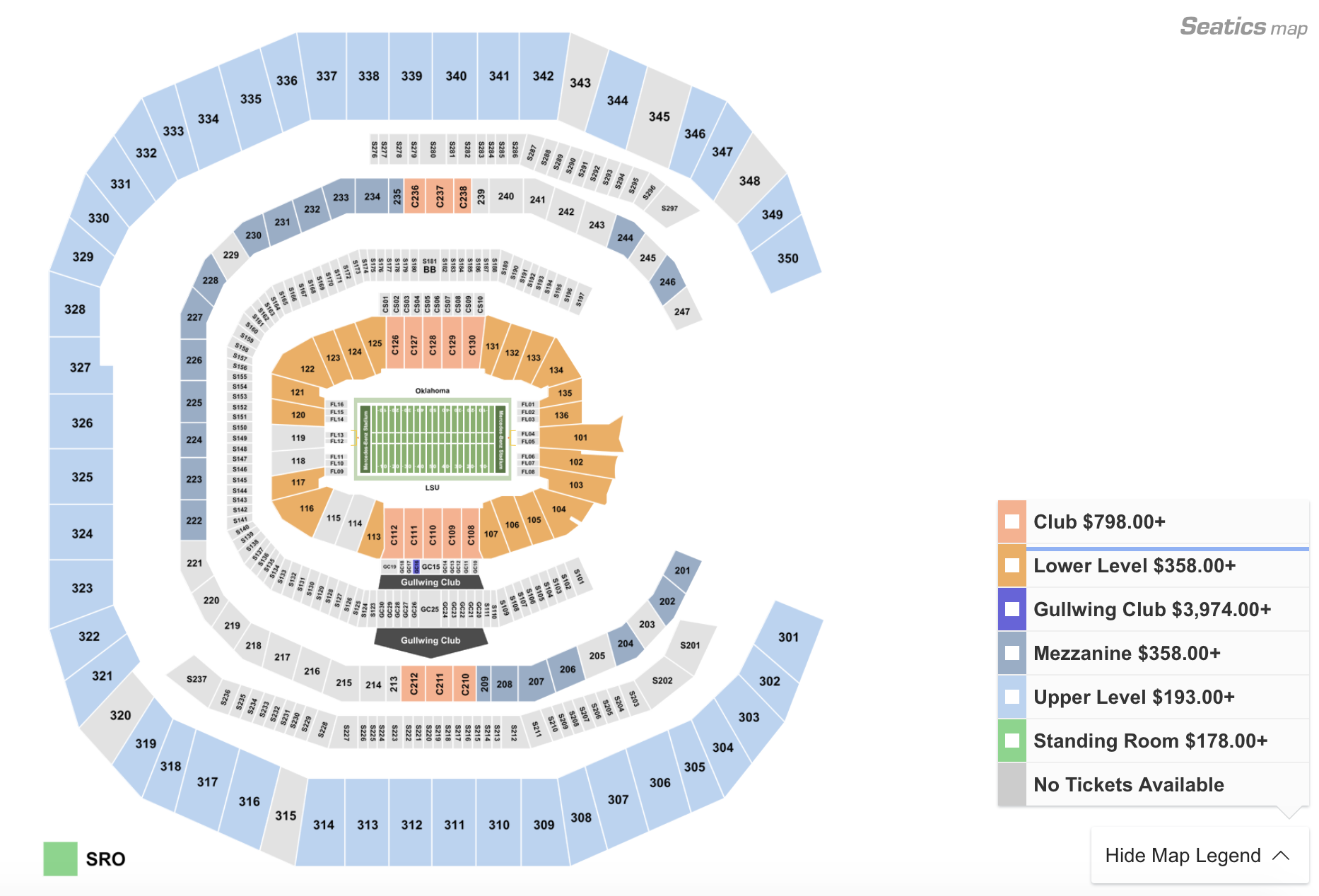 How Much Are Peach Bowl Tickets

From a historical perspective, if the price holds, this game will be the priciest Peach Bowl in history. The next highest on the secondary market was $398 in for a national semifinal in 2016 when Alabama played Washington, and the cheapest was $56 in 2103 when Duke played Texas A&M.

Below is a look at get-in prices for each Peach Bowl over the last ten years: 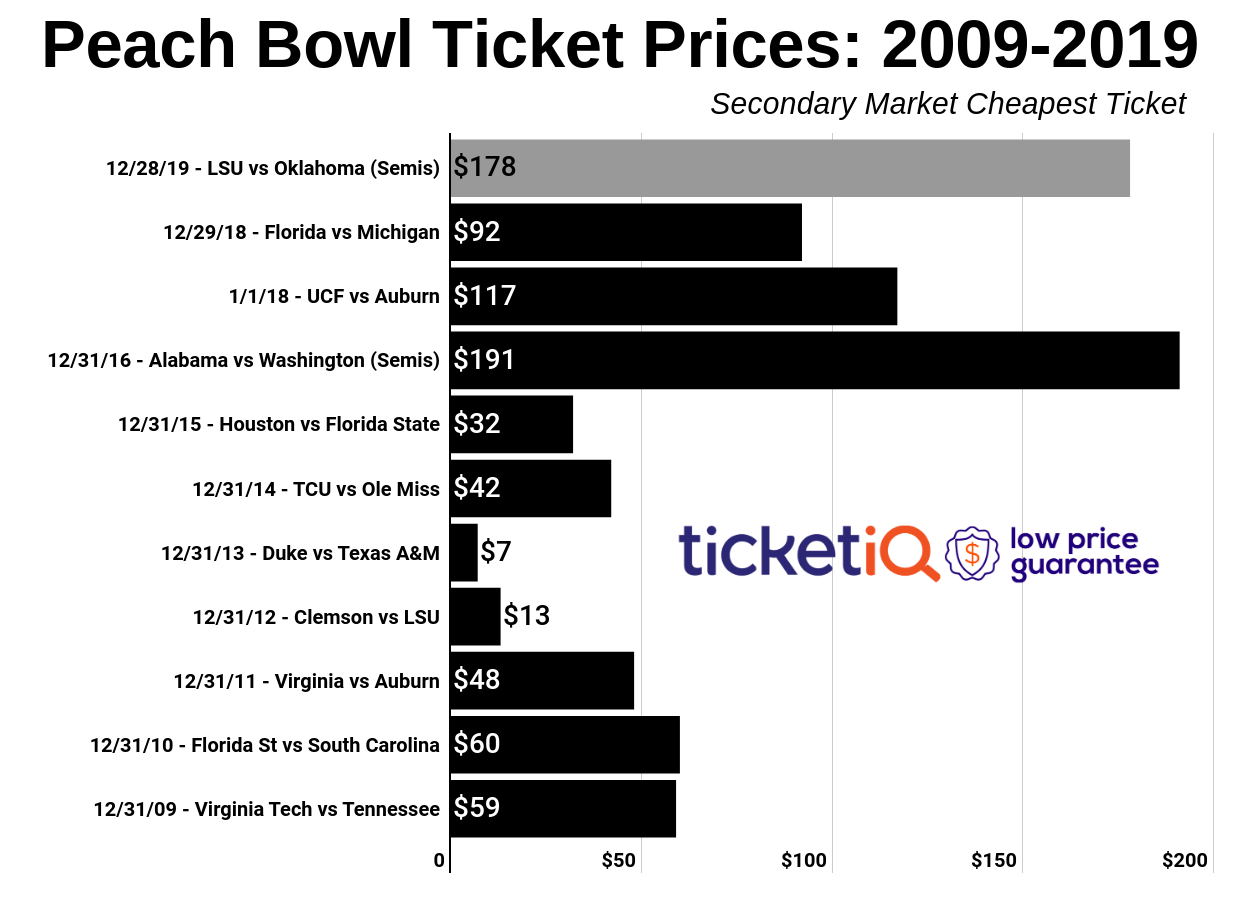