Sorry! There are currently no tickets available for NCAA Mens Final Four.

Where To Buy Final Four Tickets

Set for April 4 and April 6 at Atlanta’s Mercedes-Benz Stadium, primary market packages for the NCAA Men’s Basketball Final Four are available via Primesport. Individual game tickets only are sold out on the primary market.

On the secondary market TicketIQ offers a Low Price Guarantee on all sold out NCAA Men’s Basketball Final , which means that if you find a secondary market ticket for less on a site like StubHub or Vivid Seats we’ll give you 200% of the difference in ticket credit. TicketIQ customers save an average of 5%-20% compared to StubHub and Vivid Seats. Below are screenshots showing secondary market availability and get-in price by zone for the Semifinals and Championship Game. 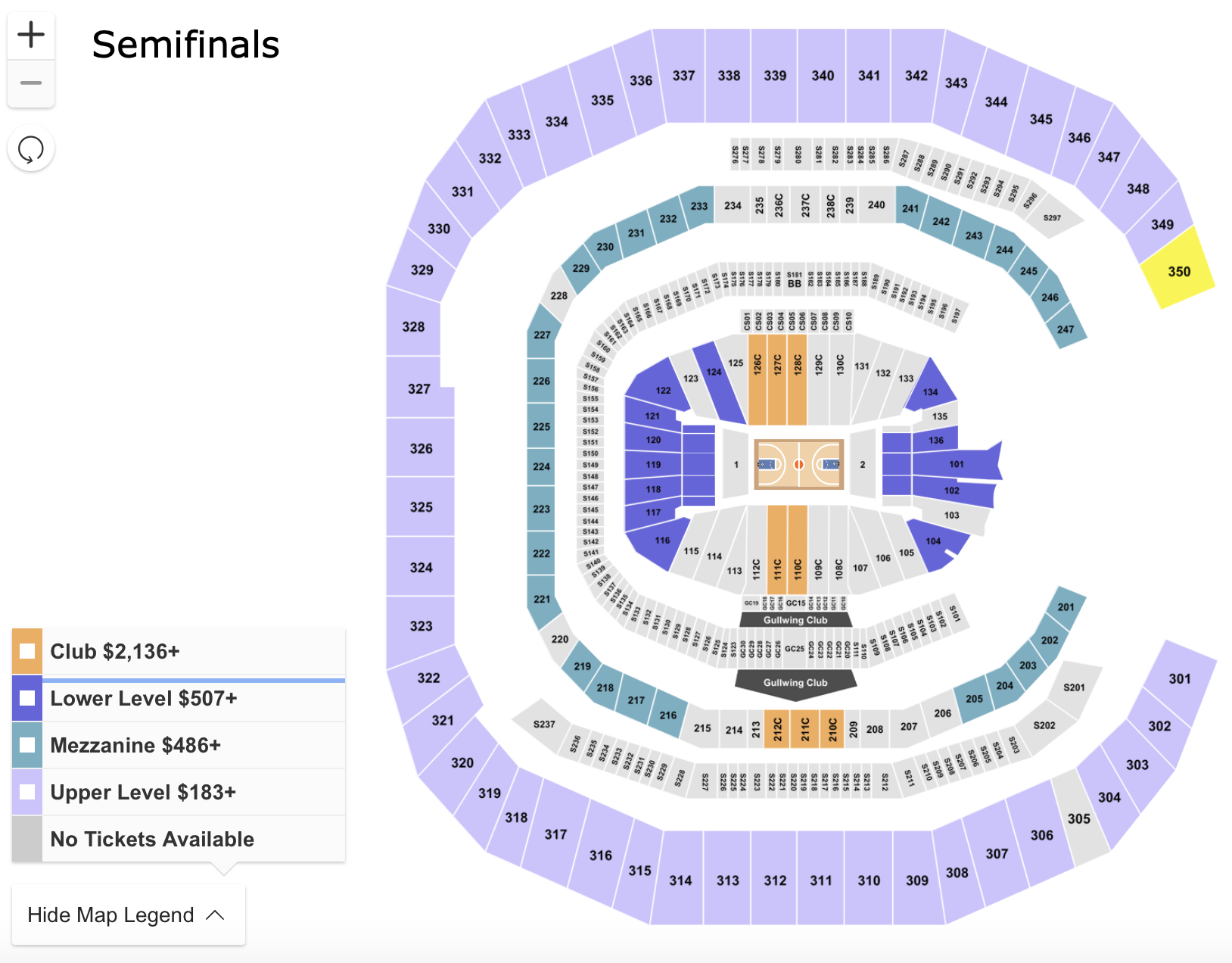 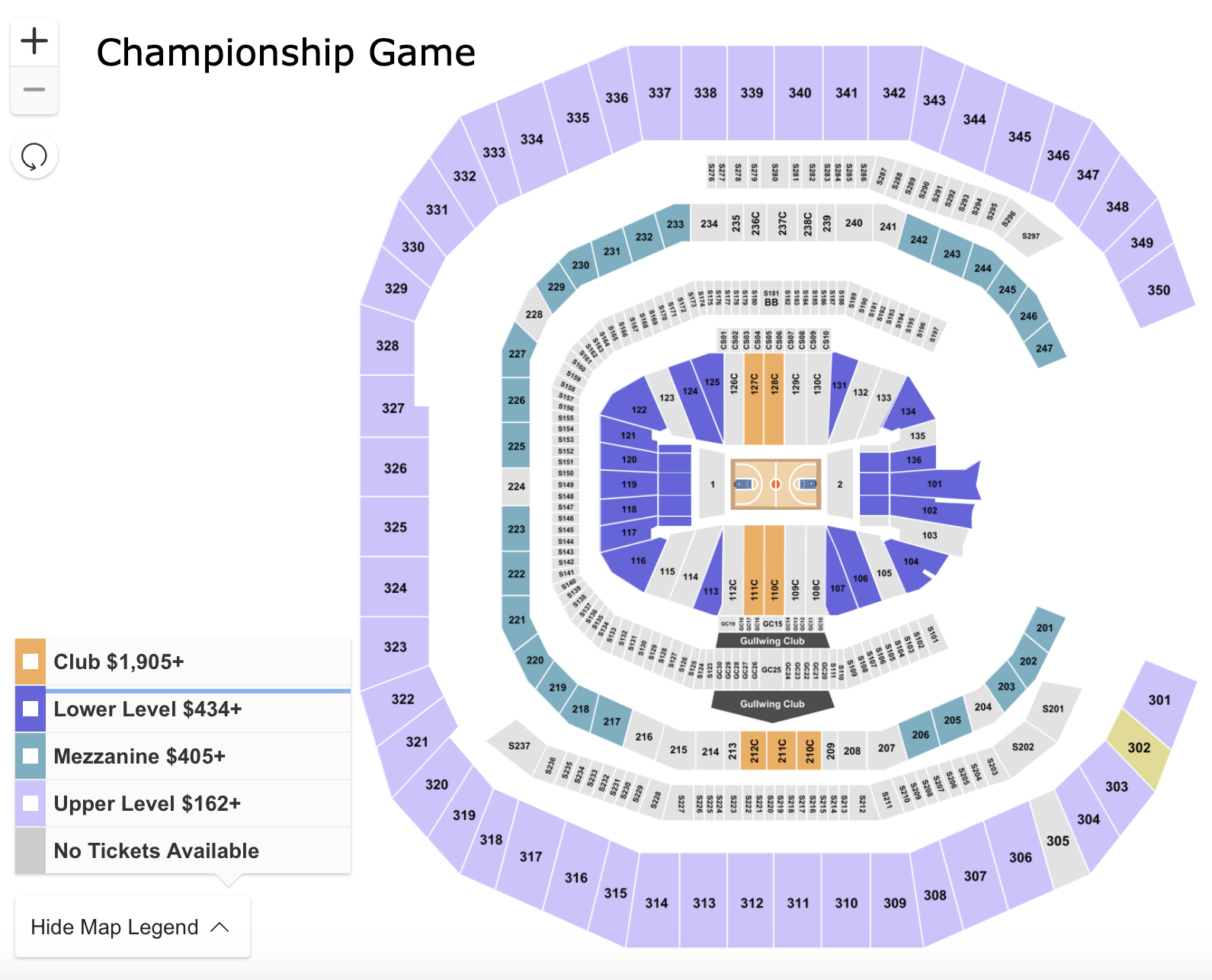 How Much Are Final Four Tickets

The average asking price for the national semifinals on the secondary market is $774, and the cheapest seat is $171. If the price holds, this national semifinal would be the third cheapest since 2011, when TicketIQ began tracking data. The priciest was $1,343 in 2017, when Kansas, Michigan, Oregon, and Purdue were in the field. The cheapest was $595 in 2011, when Butler, Connecticut, Kentucky, and Virginia Commonwealth all played. The national championship is trending at $742, which would make it the third priciest since 2011. The highest average was $761 in 2015 when Duke played Wisconsin, and the second priciest was $746 in 2016, when Villanova played USC. The cheapest was $316 in 2011 for title game featuring Connecticut and Butler. 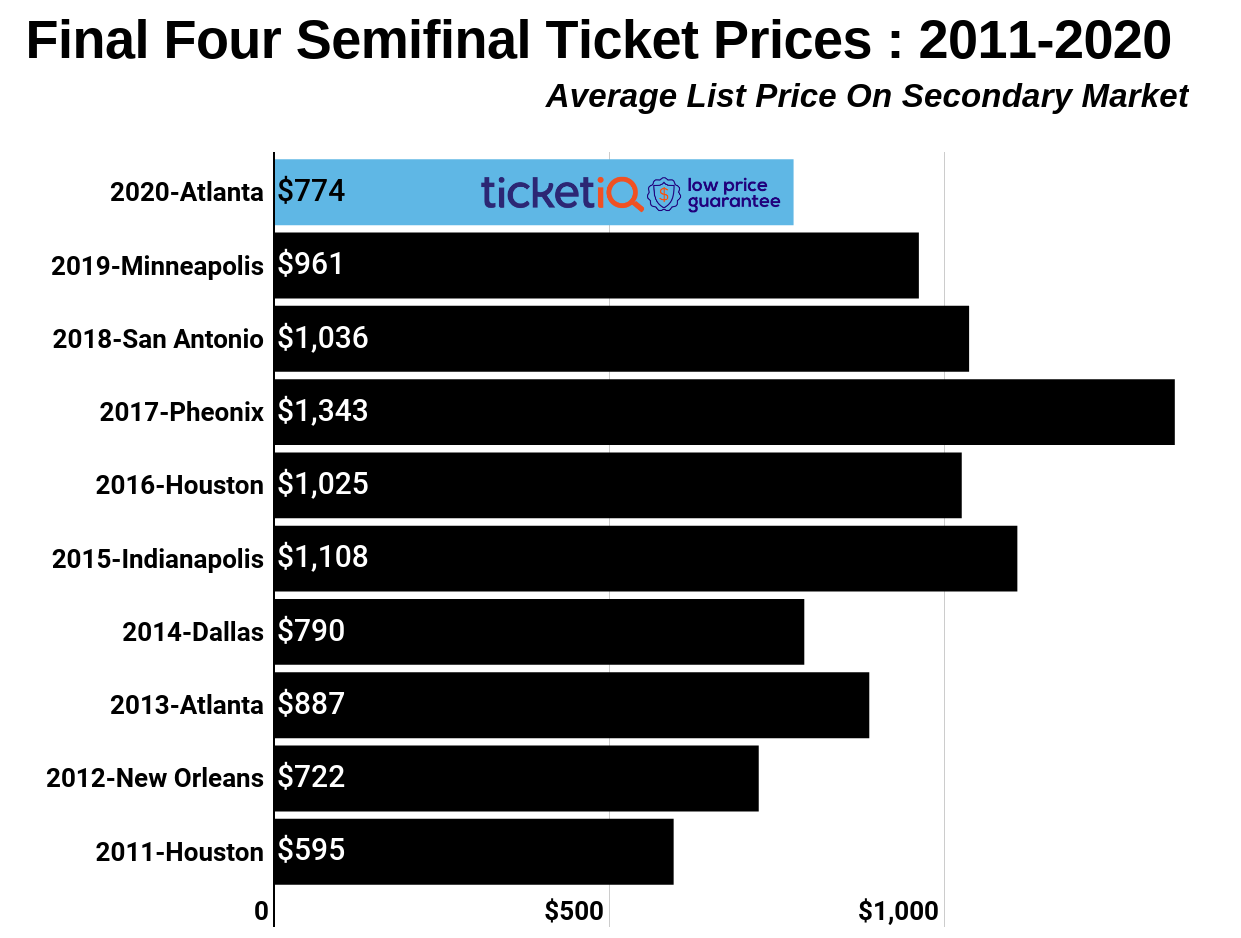 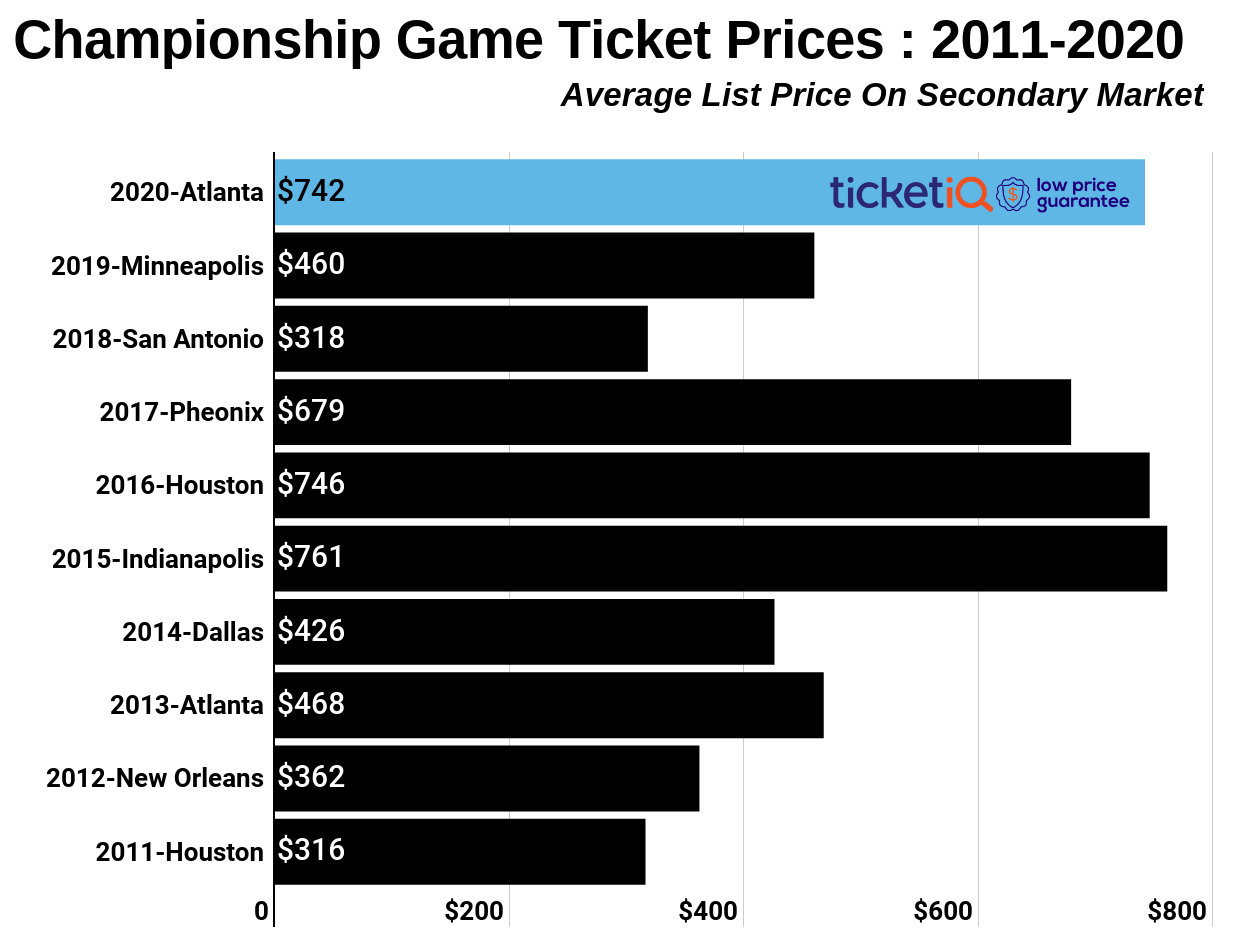 Mercedes-Benz Stadium has multiple club options, including the AMG Lounge and SunTrust Club, the Mercedes-Benz and Delta Sky360 Clubs and the Harrah’s Cherokee Casino Clubs. On the secondary market, fans can buy All-Session tickets to the AMG Lounge or Sun Trust Club starting at $3,615. Overall, club seats range in price from $3,059-$16,680

The AMG Lounge and SunTrust Club are private clubs located at what would be field-level for a football game, and include a VIP entrance to the stadium, VIP parking, and all-inclusive food-and-beverage options.

The Mercedes-Benz and Delta Sky360 Clubs are climate-controlled clubs available only to certain ticket holders. These clubs have private bars and restrooms, lounge seating and plenty of big-screen televisions.