Sorry! There are currently no tickets available for LSU Tigers Basketball.

LSU is off to a strong start to the season and has bolstered its future team with new recruits in Bradley Ezewiro and Cam Thomas. Primary market tickets to LSU basketball are available via partner Paciolan, and fans can still buy season tickets, mini plans, or single-game tickets.

Fans can also find seats on the secondary market, and TicketIQ has Low Price Guarantees on all sold out LSU basketball tickets on the 2019-20 schedule, in addition to Low Price Guarantees on all NCAA basketball tickets. That means that if you find a secondary market ticket for less on a site like StubHub or Vividseats, we’ll give you 200% of the difference in ticket credit. TicketIQ customers save an average of 5%-20% compared to StubHub and Vividseats.

Below are screenshots of primary & secondary market availability for a typical LSU home game at Pete Maravich Assembly Center: 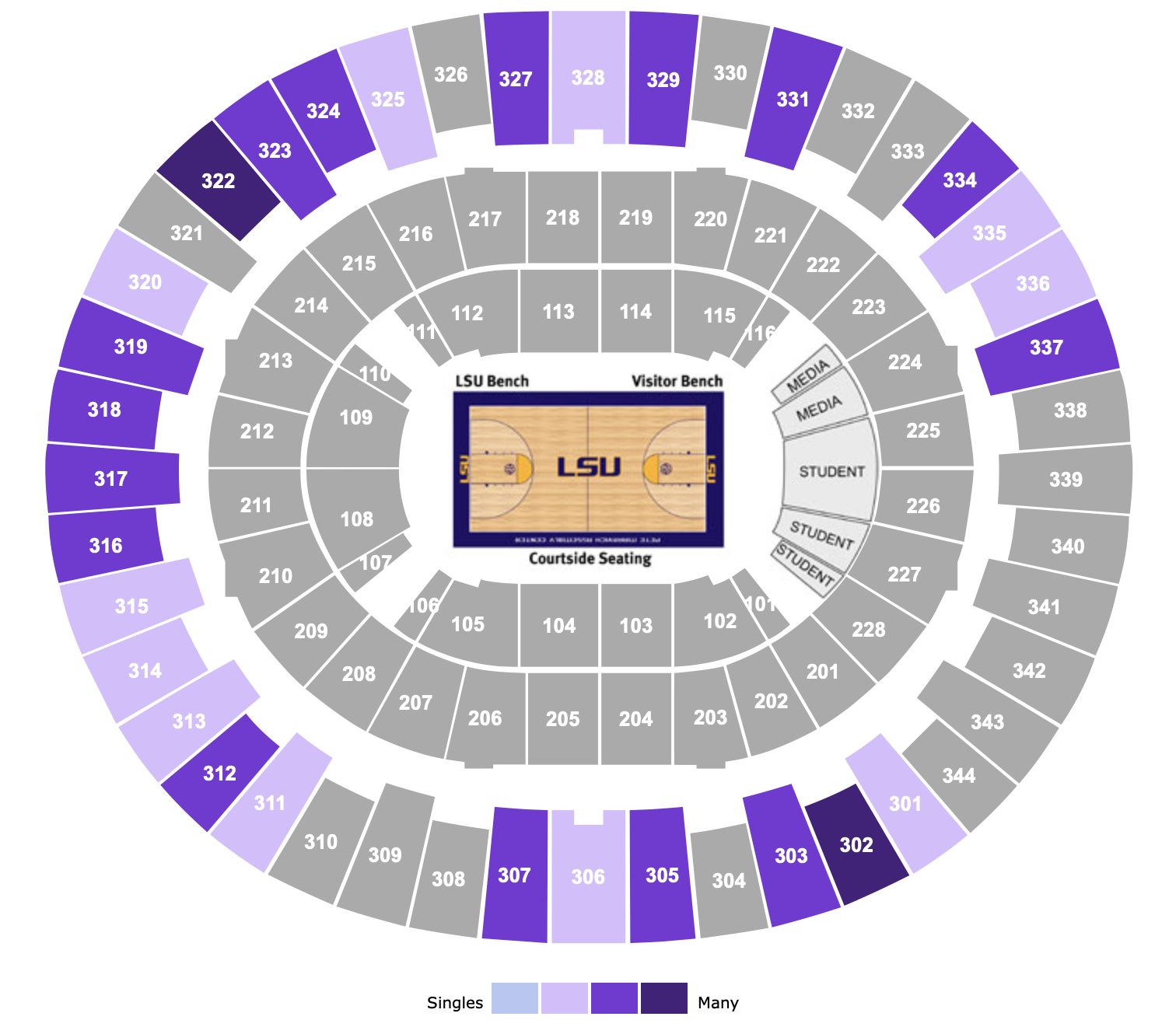 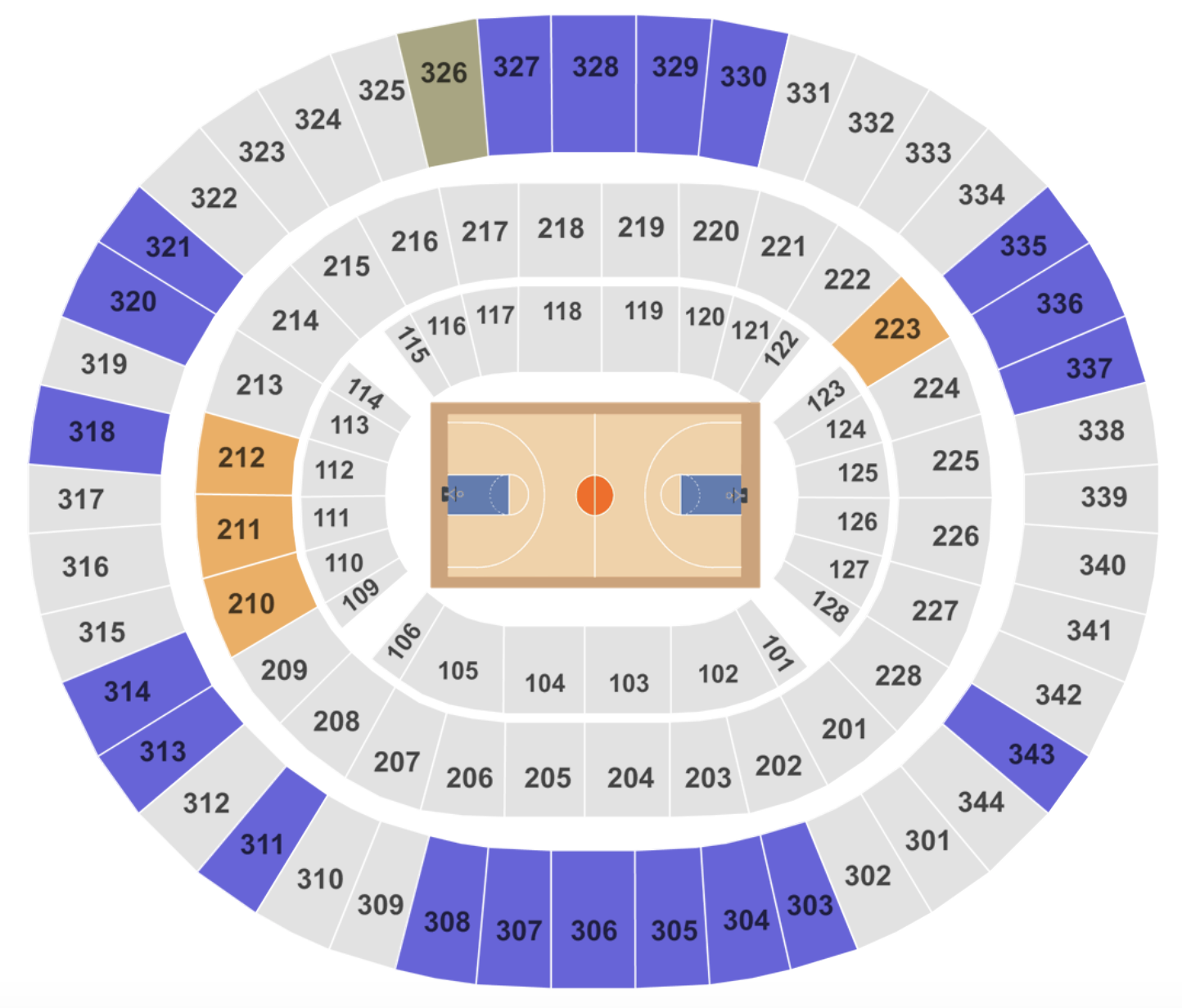 Primary market tickets are available for all home games via Paciolan, and prices start at $8 for lower demand games, $15-$18 for middle of the pack games, and up to $28 for high demand games. The prices include order charges. For all contests, youth (ages 3-12) tickets are $8 each. Those younger than 3 years old do not need a ticket if they sit on an adult’s lap.

On the secondary market, the average asking price for tickets is $82, which is the 20th priciest ticket across the NCAA. That price is $10 less expensive than last year's season average.

The priciest game on the secondary market is against SEC favorite Kentucky Wildcats. The cheapest tickets for the game are currently $32 apiece for up to 8 seats in Section 320, Row P on the corner. Fans can get in for less on the primary market, with prices starting at $28 for a seat in Row Q of the same section.

Among the cheapest games of the season is December 18 against the East Tennessee State Buccaneers. On the primary market, the cheapest ticket is $5 for fans to get the chance to sit in student sections 119-121, 225-228, and 338-342. Fans will find tickets for less on the secondary market, with seats starting at $2 for seats on the second level.

Where Are LSU Basketball Season Tickets and Mini Plan Options

LSU is also offering the Mobile Flex Pass, which is a digital-only pass that can be purchased for $153. Tickets will be delivered to a mobile device before each game, and seat locations will vary.