Sorry! There are currently no tickets available for Arizona Wildcats Basketball.

Where to Buy 2019-20 Arizona Basketball Tickets

Fans can also find seats on the secondary market, and TicketIQ has Low Price Guarantees on all sold out Arizona basketball tickets on the 2019-20 schedule, in addition to Low Price Guarantees on all NCAA basketball tickets. That means that if you find a secondary market ticket for less on a site like StubHub or Vivid Seats, we’ll give you 200% of the difference in ticket credit. TicketIQ customers save an average of 5%-20% compared to StubHub and Vivid Seats.

Below are screenshots of primary & secondary market availability for a typical Arizona home game at McKale Center: 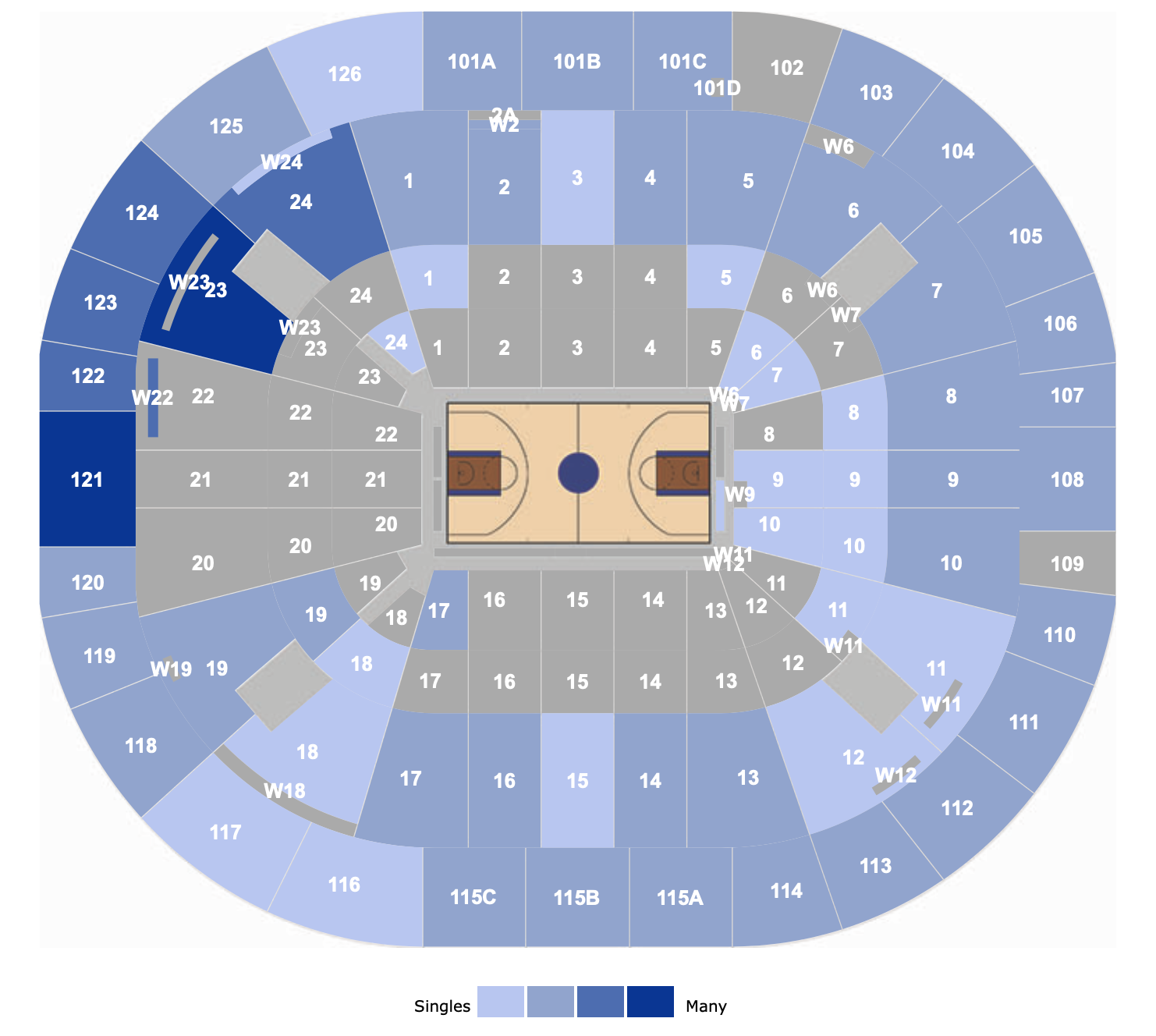 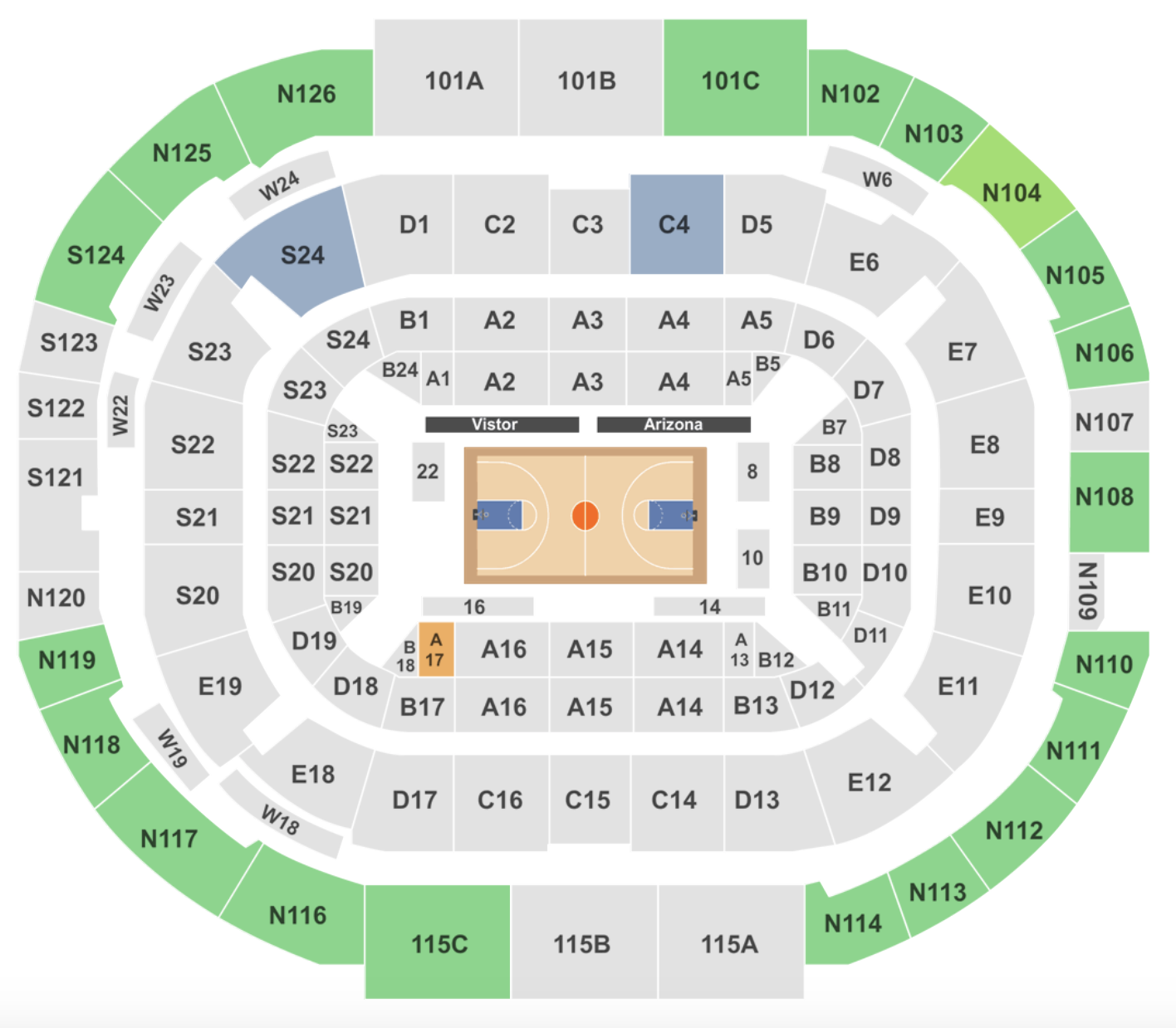 How Much Are 2019-20 Arizona Basketball Tickets

Primary market tickets are available for all home games via Paciolan, and prices start at $30 for the majority of the contests.

On the secondary market, the average asking price for tickets is $72, making it the 25th priciest ticket across the NCAA. That price is $16 more expensive than last year's season average.

The priciest game on the secondary market is against the Oregon Ducks on February 22. The cheapest tickets for the game are currently $42 each for seats in Section 104, Row 41 on the corner. On the primary market, prices start at $65 for seats in the lower bowl.

Where Are Arizona Basketball Season Tickets and Mini Plan Options

Although season tickets are not available, there are multiple mini plans available for purchase. The Family Four Pack can be purchased for a total of $380, which gives fans 4 tickets to the Utah (1/16), USC (2/6), Oregon State (2/20), and Washington State (3/5) contests in addition to 4 concession vouchers for each game. Seating varies for the four contests.