Where To Buy 2019-20 Toronto Raptors Tickets 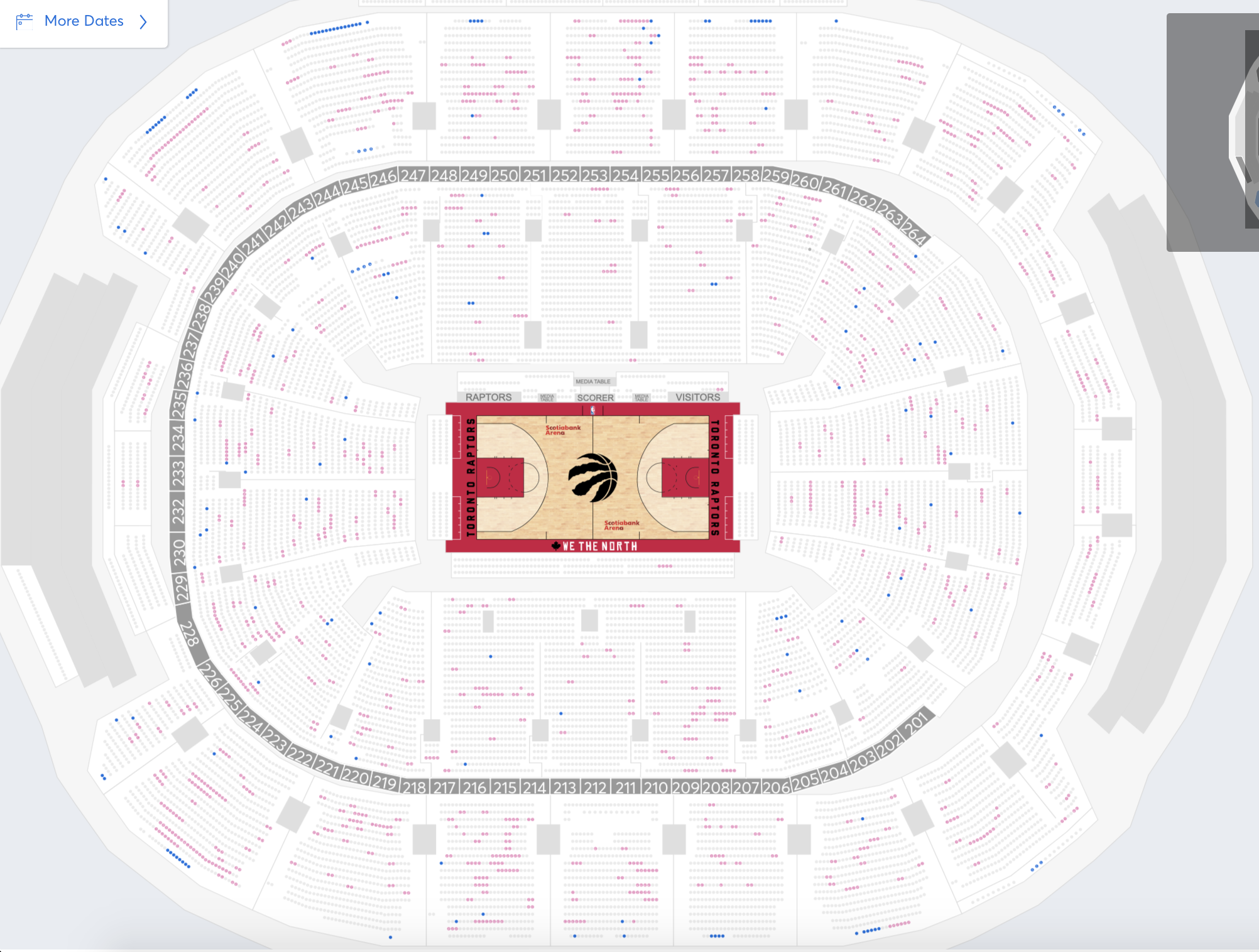 Fans can also find seats on the secondary market, and TicketIQ has Low Price Guarantees on sold out Toronto Raptors tickets and for all games on the 2019-20 schedule, in addition to Low Price Guarantees on all NBA tickets. That means that if you find a secondary market ticket for less on a site like StubHub or Vividseats, we’ll give you 200% of the difference in ticket credit. TicketIQ customers save an average of 5%-20% compared to StubHub and Vividseats. Below is a seating chart for a typical middle of the road demand game including ticket prices by zone. 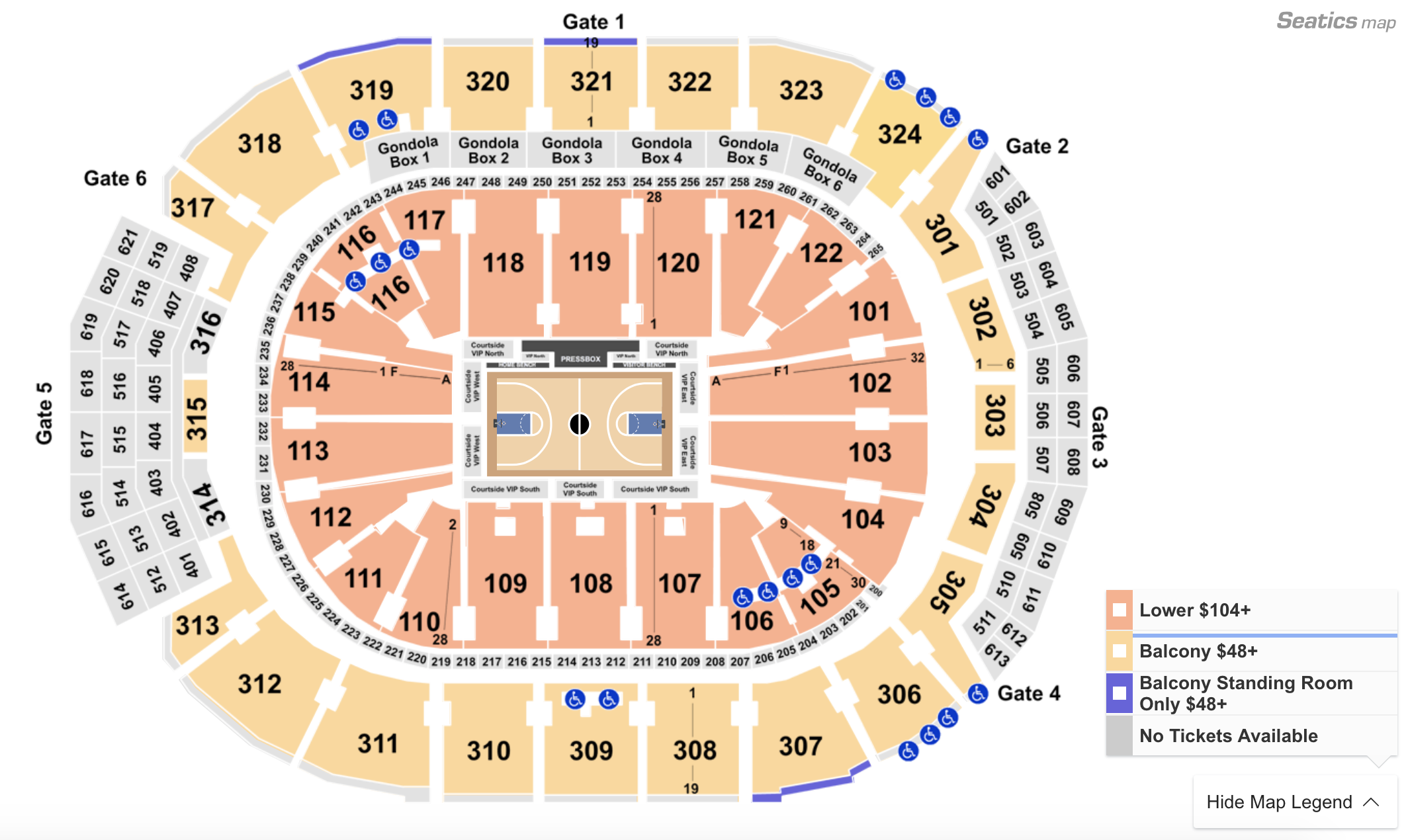 How Much Are 2019-20 Toronto Raptors Tickets

The average asking price for a ticket to Scotiabank Arena on the secondary market is $179, up about 1% over last season. Tickets are the seventh priciest in the NBA. A ticket to Staples Center to see the Los Angeles Lakers will cost fans $473, the highest in the league. Coming off their first NBA championship, Raptors tickets are the third priciest of the decade, behind $219 in 2017-18 and $195 in 2015-16. 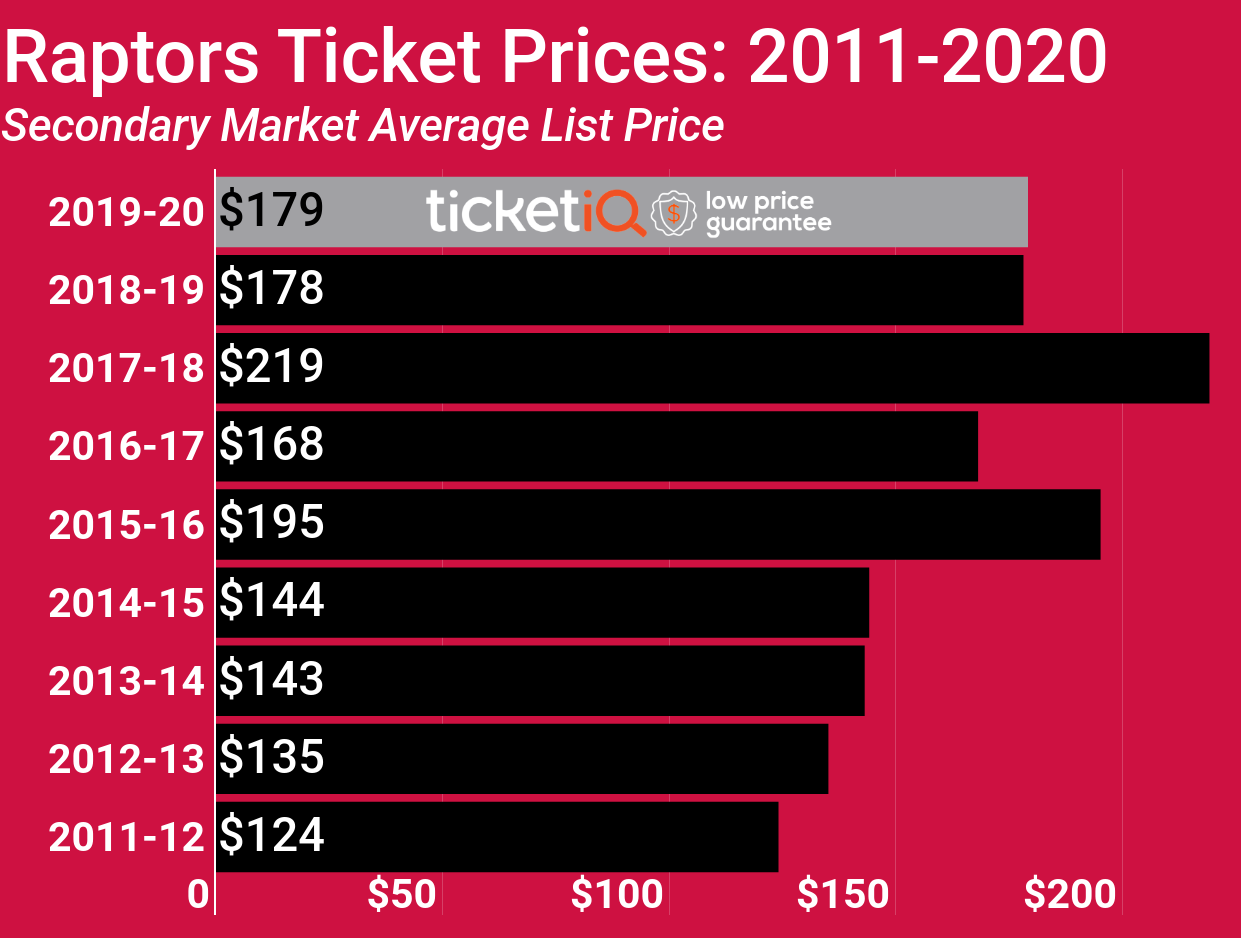 Among the lower-demand games is the November 20 game against the Orlando Magic, for which fans can get into Scotiabank Arena for as little as $29 for standing-room only. The cheapest seats start at $145 in Section 111 on the corner, and the seats closest to the action still available are in Sections 107, 109, 188 and 120 along the sidelines for $218.

For higher-interest games, fans will have to visit to the secondary market just to get in. The December 11 Los Angeles Clippers game is sold out on Ticketmaster, but TicketIQ has seats starting at $250 in the Balcony and seats at midcourt in Section 108 starting at $1,080.

Where Are Season Tickets And Mini Plan Options

Where Are Club Seats At Scotiabank Arena

Raptors fans can manage their tickets via the team app, which allows entry into the arena and the ability to manage, transfer or sell tickets. The app is available at Google Play or the App Store.

For sold out seats, TicketIQ has Low Price Guarantees on all events at Scotiabank Arena for Toronto Maple Leafs, Toronto Raptors as well as Concerts. That means that if you find a secondary market ticket for less on a site like StubHub or Vivid Seats, we’ll give you 200% of the difference in ticket credit. TicketIQ customers save up to 25% compared to other secondary sites. TicketIQ also provides access to unsold face-value tickets for all events at Scotiabank Arena via Ticketmaster.

Floor sections at Scotiabank Arena is divided into Left, Centre and Right sections while courtside sections consists of North, South, West, East areas. Lower bowl Sections ranges from 101 to 122 while upper bowl sections is numbered from  301-334. The rows in the flat seating sections are ordered in numerical order with each of the floor sections (Left, Centre, Right) having rows starting from row 1 up to 50. Courtside section is divided into rows A, B, C.

Executive suites at Scotiabank Arena are numbered from 200 - 265. The 200 Level Executive Suites are located just above the 100 level on the North, West, and South ends of the arena. While Loge suites include sections 401 - 408. Theatre Suites are luxury suites located on the East end of the arena consisting of sections 501 - 511 and 601 - 613. Suite holders and their guests are provided with luxury amenities, such as HDTVs, early access, in-suite catering, discounts, in-suite hosts, and more.

Scotia Club is the only premium club that faces the action on the ice. Balcony Standing Room Only are located in the back of the 300 Level and offer views from the sides and corners of the arena. They do NOT provide seating areas and they are alcohol-free zones. They are found in Sections 301, 305 to 313, and 317 to 323.

WHERE CAN I FIND CHEAPEST TICKETS FOR SCOTIABANK ARENA

The Toronto Maple Leaf and Raptors have unsold face-value tickets available for most games, which can be purchased directly through Ticketmaster. Prices may be above or below prices on the secondary ticket market. Many Concerts also have unsold tickets. For Sold Out Seats and Events, TicketIQ has Low Price Guarantees on all events at Scotiabank Arena. That means that if you find a secondary market ticket for less on a site like StubHub or Vivid Seats, we’ll give you 200% of the difference in ticket credit. TicketIQ customers save up to 25%.

Scotiabank Arena offers other convenient services including wheelchair assistance, lost and found and wheelchair check in. Public washrooms at the arena are wheelchair accessible with accommodating counter heights and lower urinals with grab bars. Food and beverage service counters are lowered to accessible service heights.