After the record-breaking Reputation Tour, Taylor Swift will be touring again in 2020, in support of her album-topping album, Lover. Currently, Swift is scheduled to kick off the fun in June with a run of shows throughout Europe and South America. On July 25 and 26, she’ll perform at her very own Lover Fest West, a two-night run at the SoFi Stadium in Los Angeles, which is the future home of the Los Angeles Rams and San Diego Chargers.  On July 31 and August 1, she’ll perform at Gillette Stadium in Foxborough (home of the New England Patriots) for Lover Fest East.

For the shows at Sofi Stadium, Swift will make history as the first woman to ever open an NFL stadium when she performs in Los Angeles next summer.

While the onsale doesn't happen until October 17th, there are already tickets available following the Verified Fan onsale earlier in October. Below are screenshots of sold out secondary tickets at both Sofi Stadium as well as Gillette Stadium. 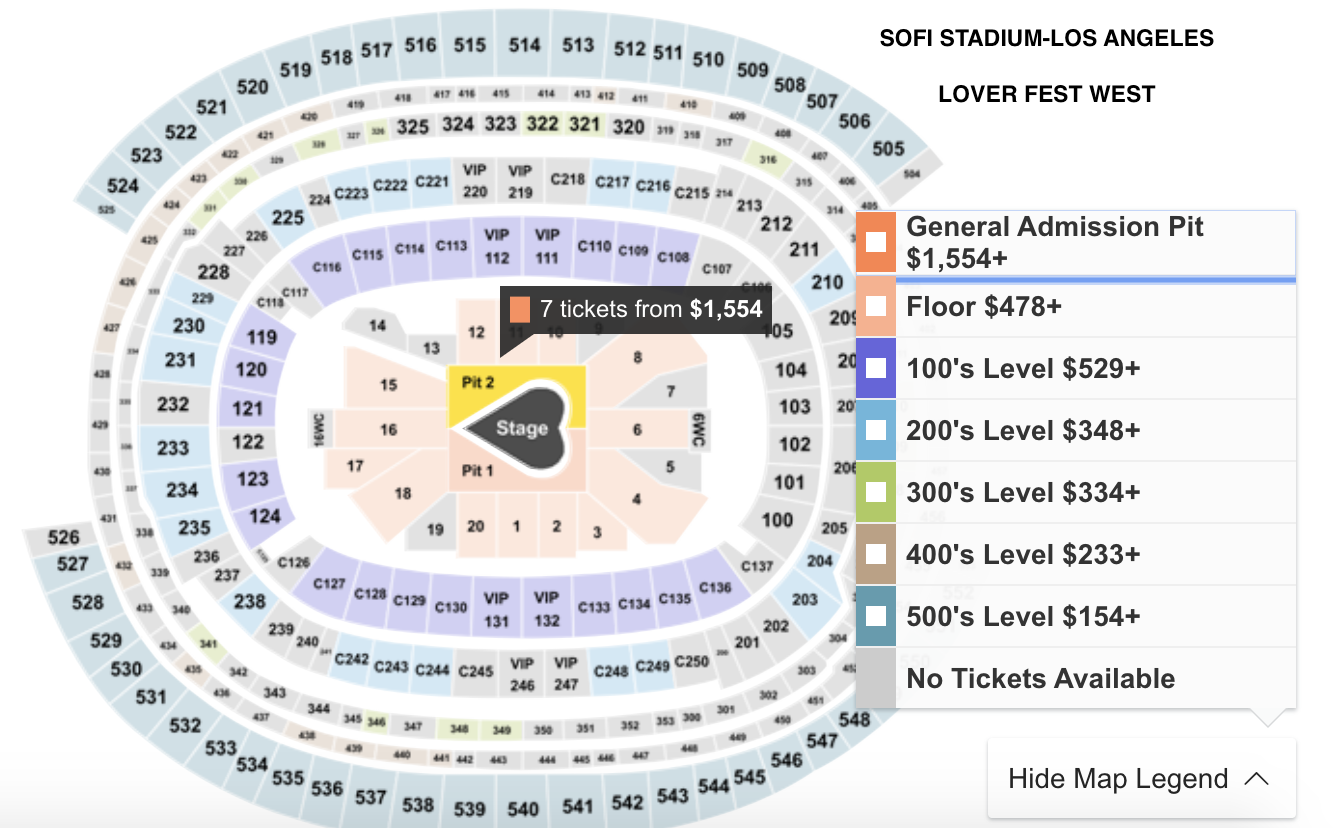 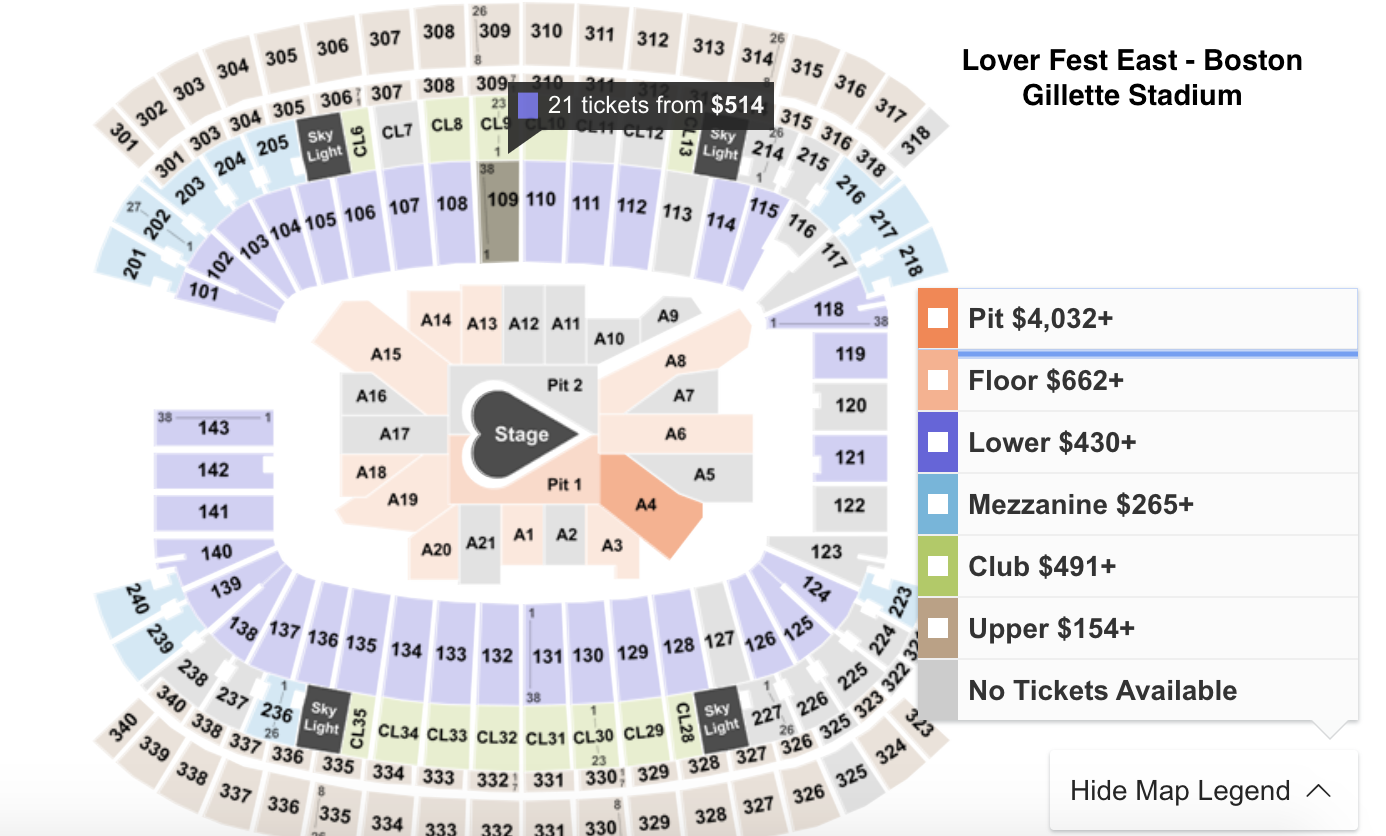 How Much Are Taylor Swift Lover Fest Tickets

Floor Seats prices at Gillette Stadium are more expensive than at Sofi, with the cheapest floor seats for East going for $662 compared to $478.  Upper level tickets are the same price, starting from $154. Pit seats range in price from $1,554 in Los Angeles to over $4,000 in Boston. 200-level tickets are cheaper in Boston, with ticket prices starting at $265 compared to $348 in Los Angeles.

How Much Are VIP Tickets For Taylor Swift Lover Fest