Sorry! There are currently no tickets available for Rolling Stones.

The Rolling Stones have announced a new tour which kicks off May 8th in San Diego, CA and closes out on July 9th in Atlanta, GA. Tickets go on sale to the general public on February 14th.

The Rolling Stones will embark on a 15-date US tour throughout the summer called the ‘No Filter Tour’. They will be accompanied by Badflower. The Stones first kicked off their “No Filter Tour” in Fall 2017 with a leg of European dates before finally making their way to the US in Summer 2019 for a 15-date swing of stadium shows. They will play their all-time hits throughout the tour.

Where To Buy The Rolling Stones Tickets

Six weeks after postponing their U.S. stadium tour so Mick Jagger could undergo heart surgery, the Rolling Stones have announced a new set of dates for their upcoming No Filter tour. The tour now kicks off with two shows at Chicago’s Soldier Field on June 21st and 25th, before ending August 31st at Miami’s Hard Rock Stadium. If you've already gotten tickets, no need to worry, as tickets for the original shows will be honored at the new dates.

Where To Buy Rolling Stones Tickets

TicketIQ also has a Low Price Guarantee on Rolling Stones tickets for every stop on his "No Filter Tour", in addition to Low Price Guarantees on all concert tickets, which means that if you find a secondary market ticket for less on a site like Stubhub or Seatgeek, we’ll give you 200% of the difference in ticket credit. TicketIQ customers save an average of 5%-20% compared to Stubhub and Seatgeek.

It was also  announced that joining The Stones on their reschedule tour dates would be a list guest artists that include St. Paul & The Broken Bones (who will be opening for them for their first show in Chicago on June 21), Juanes (who will open for them for their final show in Miami on August 31st), as well as The Glorious Sons and The Beaches  Gary Clark Jr., Whiskey Myers, The Revivalists, Bishop Gunn, Kaleo, Lukas Nelson & Promise of the Real, Nathaniel Rateliff & The Night Sweats, The Wombats, Ivan Neville's Dumpstaphunk, Ghost Hounds, Des Rocs, and Vista Kicks.

Despite the rescheduling, ticket demand is as hot as ever.  Tickets on the primary market are close to sold out for many shows so for the majority of shows, however, the best selection of tickets for the No Filter Tour is on the secondary ticket market where most shows have tickets starting from $200. Prices for floor seats range from $500 to $1,000 depending on the section and city. General Admission floor tickets, behind the floor seats are, are going starting from $200-$300 on the secondary ticket market.

How Much Are Rolling Stones Tickets 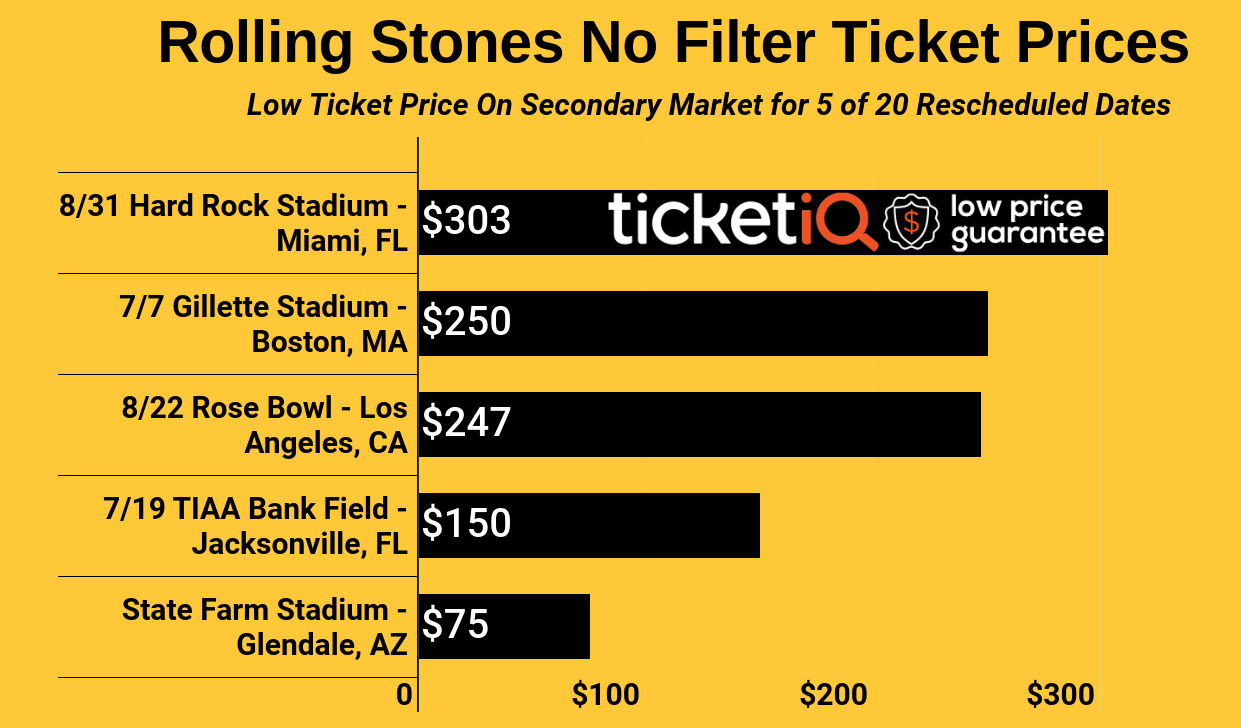 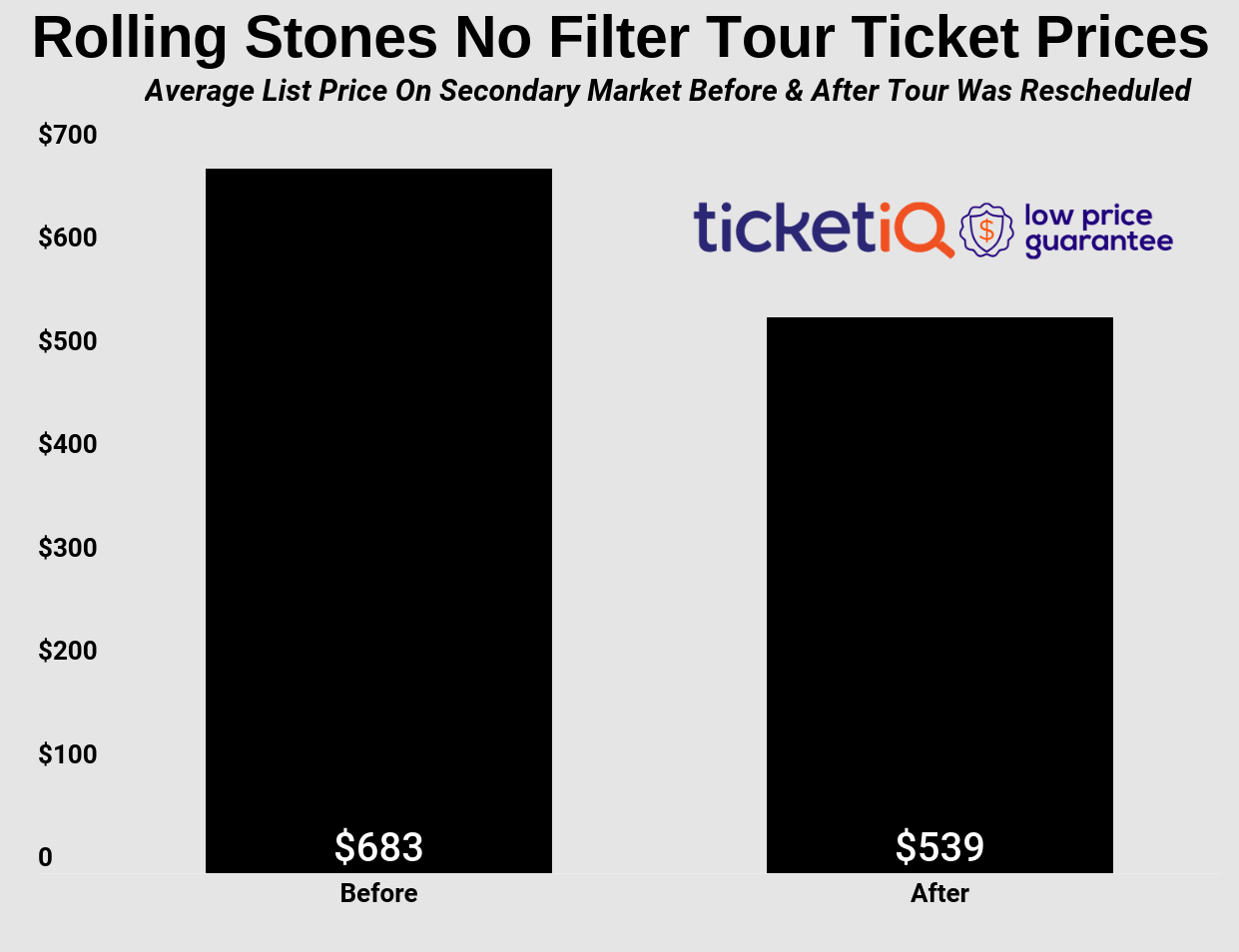