Sorry! There are currently no tickets available for Queen.

Where To Buy Queen With Adam Lambert Tickets

British rock band Queen, which got its start in the 1970s, is embarking on a world tour with a North American leg that starts July 10 in Vancouver and ends August 23 in Charlotte, North Carolina. The band will play multiple dates in both Los Angeles and New York. Pop singer Adam Lambert will tour with Queen, and most of the dates are 100% sold out on the primary market.  About six shows have single seats or premium seats available on the primary market. Fans should shop around — there are limited tickets to all shows available on the secondary market.

For sold out concert or seats, TicketIQ has Low Price Guarantees on all Summer concert tickets. TicketIQ offers a Low Price Guarantee on music, sports and theater tickets , which means that if you find a secondary market ticket for less on a site like Stubhub or Seatgeek, we'll give you 200% of the difference in ticket credit. TicketIQ customers save an average of 5%-20%.

How Much Are Queen Tickets 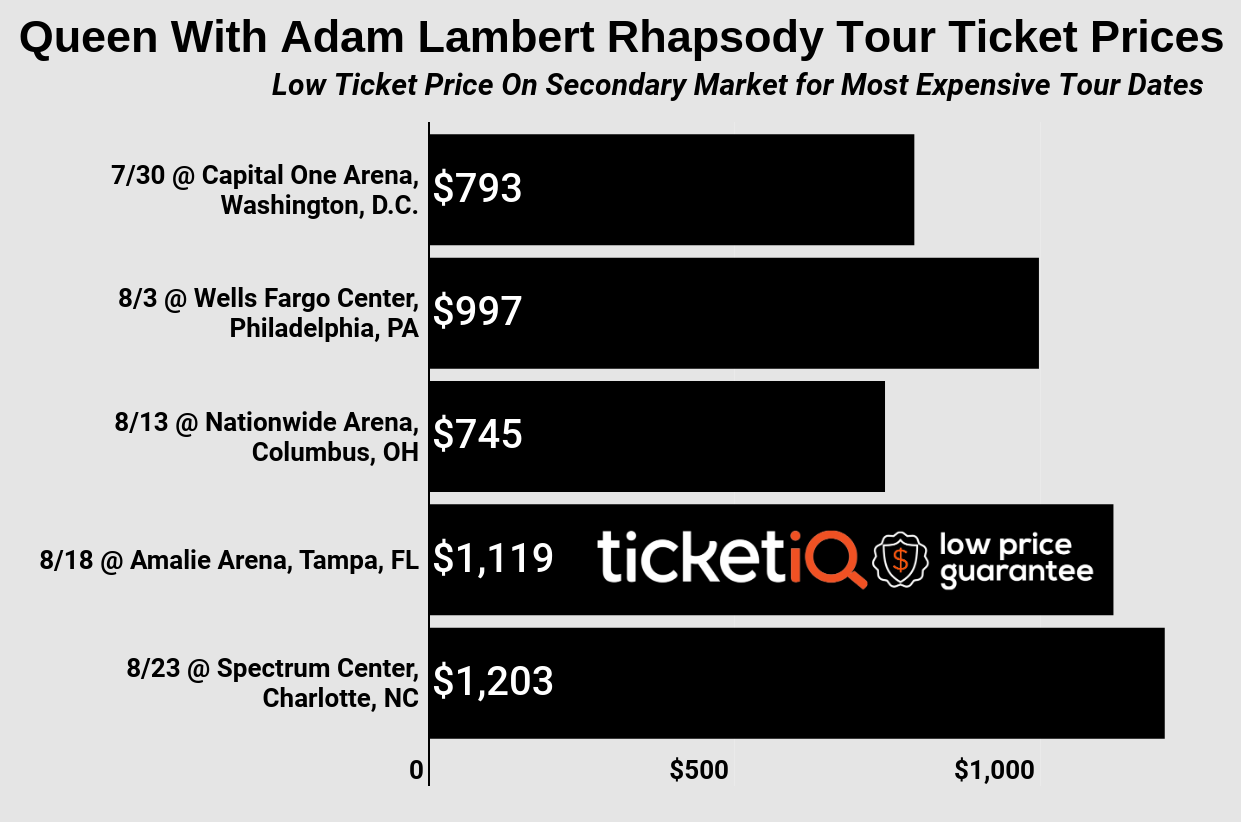 The opening show on July 10 in Vancouver is completely sold out on the primary market, but secondary market tickets are available beginning $282 for a seat in Section 326 or $1,575 for a floor ticket, showing that fans should comparison shop for a chance to see Queen.

Two shows have get-in prices for $1,100 or more on the secondary market. For the April 18 show at Tampa, Florida, and the August 23 show at Charlotte, Ticketmaster shows as completely sold out. TicketIQ has a small selection of seats available for both, starting at $1,148 for Club-level sets in Tampa and at $1,128 for 200-level seats in Charlotte.