Sorry! There are currently no tickets available for Meek Mill.

Rappers Meek Mill and Future will embark on their “Legendary Nights Tour,” beginning August 28 in St. Louis. YG, Mustard and Megan Three Stallion will also join the tour. The tour criss-crosses the U.S. and wraps up at the Mandalay Bay Events Center in Las Vegas on October 5.

Where To Buy Meek Mill Tickets

TicketIQ also has a Low Price Guarantee on Meek Mill tickets for every stop on his “Legendary Nights Tour,” in addition to Low Price Guarantees on all concert tickets, which means that if you find a secondary market ticket for less on a site like Stubhub or Seatgeek, we’ll give you 200% of the difference in ticket credit. TicketIQ customers save an average of 5%-20% compared to Stubhub and Seatgeek.

How Much Are Meek Mill Tickets 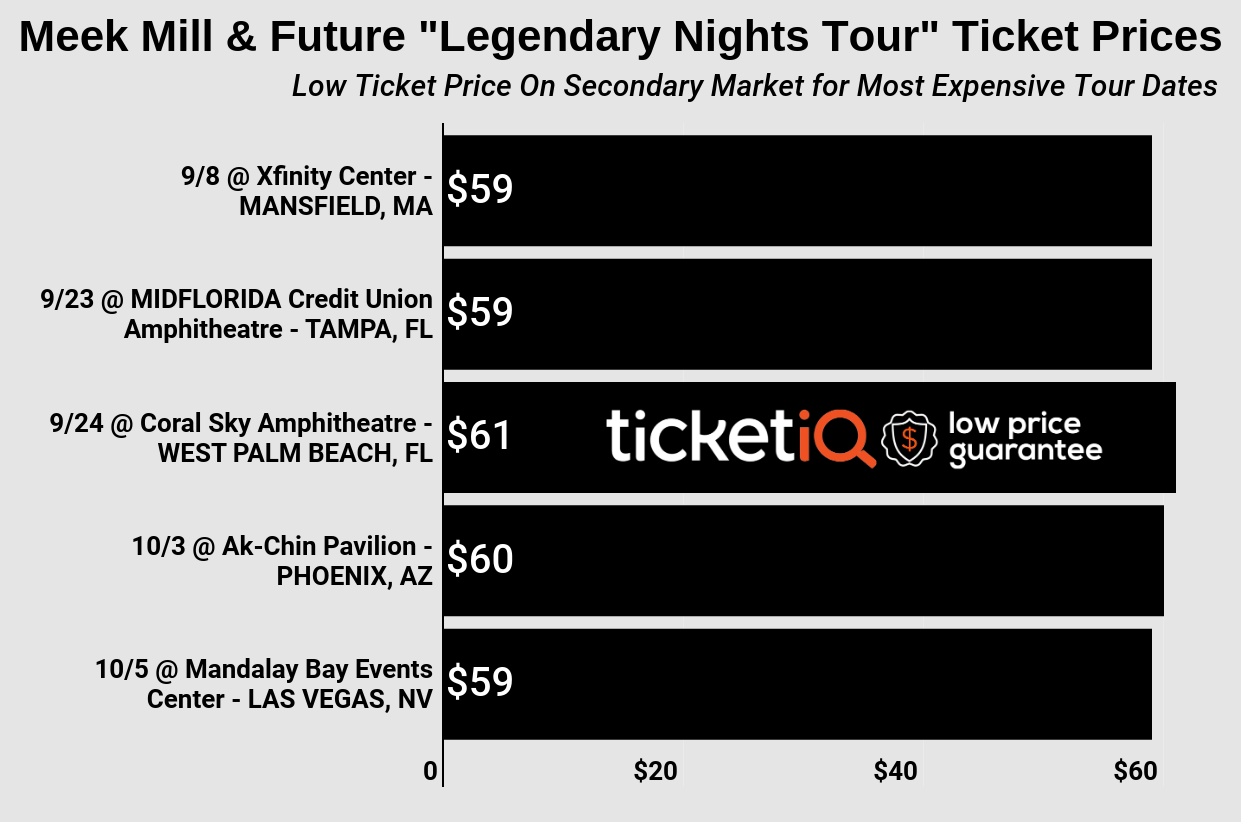 Future's latest album, released in January, debuted at No. 1 on the Billboard 200. In February, Future won his first Grammy for Best Rap Performance "King's Dead", from the soundtrack album of the Marvel Studios superhero film "Black Panther." The song was a collaboration Kendrick Lamar, James Blake and Jay Rock for the song,


TicketIQ is committed to the cheapest tickets possible, and we make much less on sold out tickets compared to other major marketplaces like StubHub and Vivid. That means ticket buyers save from up to 25% on TicketIQ on sports, music and theater. We're able to do this because we also work with teams, venues, and other ticket owners, to help them sell tickets at face price, directly to consumers like you, through Ticketmaster, Seatgeek and other primary ticketing platforms. You can read our new Summer Music Buying Guide that we think is the most objective advice on where to find the best deals on summer concert tickets, whether they're 'sold out' on TicketIQ or 'unsold' on the primary ticket market.