Sorry! There are currently no tickets available for Jingle Ball.

K-Pop will be well represented on both coasts, with BTS in Los Angeles and Monsta X, who made history in 2018 as the first K Pop act to perform at a Jingle Ball, returning for a set on the main stage at Madison Square Garden. Tickets are onsale for all dates on October 11th via Ticketmaster. For fans looking to participate in the Capital One Presale.

Many sporting events and concerts have a Capital One presale prior to the public onsale where fans can get early access to tickets. In order to qualify for these presale tickets, you must first have a Capital One Credit card, otherwise Ticketmaster and other markets won’t let you complete checkout.

How Much Are Jingle Ball Tickets 2019

Prices vary by city, with the cheapest show on December 18th at the All State Arena outside of Chicago.  Prices for that show start at $63. That shows includes Jonas Brothers. NF - Nate Feuerstein, Niall Horan, French Montana, Why Don't We, Zara Larsson & Lewis Capaldi.  The Most expensive show is Madison Square Garden on Friday December 13th, with the cheapest tickets around $200 and a lineup that includes Taylor Swift, Jonas Brothers, Camila Cabello, Halsey, 5 Seconds of Summer, Niall Horan & Lizzo.  Below is a screenshot for the show at TD Garden for the Kiss 108 Jungle Ball, which is a middle-priced city for the tour. 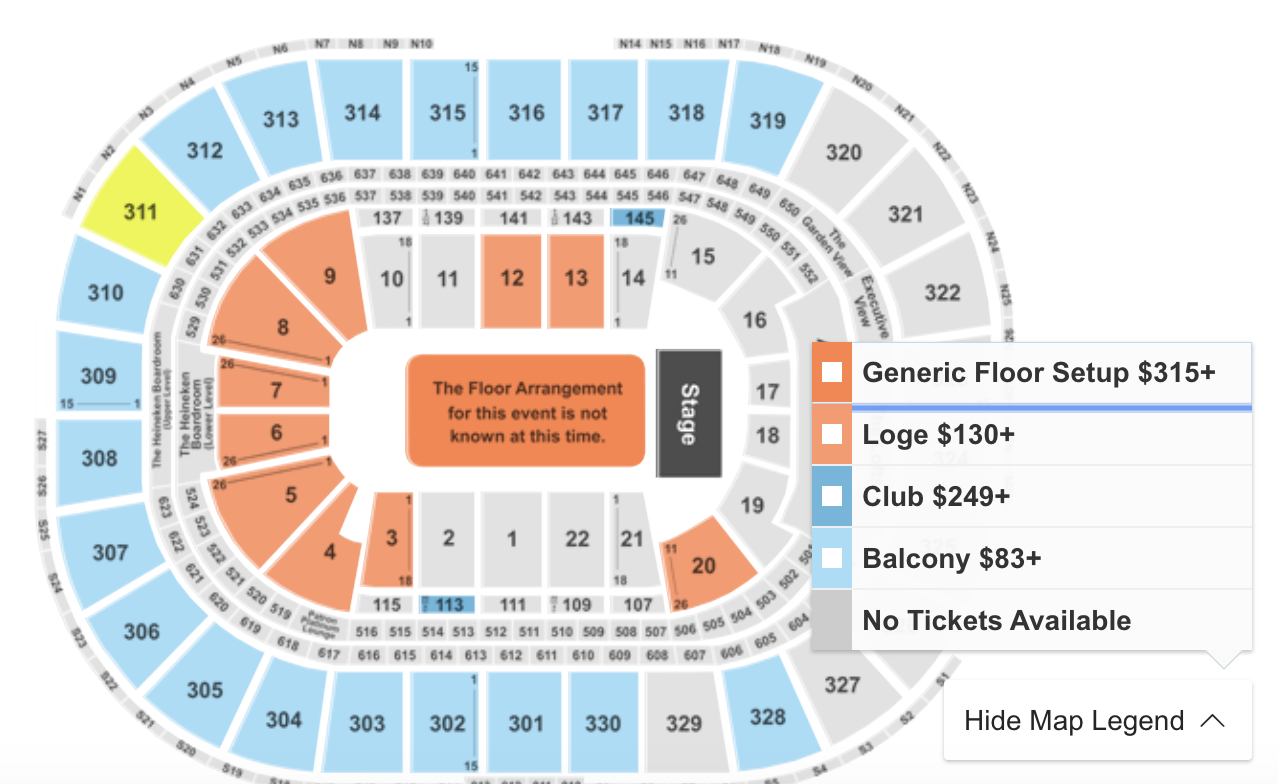 Swift will only appear in New York which means that the December 15th NYC show at Madison Square garden will be what seems to be a rare opportunity for East Coast fans not able to attend those shows to hear songs from the album performed live.

What Dates and Cities Is Lizzo Playing For Jingle Ball 2019

Lizzo is currently scheduled for three dates December 3rd at Dickies in Fort Worth, December 6th at the Forum, December 11th, December 13th at TD Garden and December 15th at Madison Square Garden

The Jonas Brother, fresh off of their Happiness Begins tour, are playing December 20th at State Farm Arena in Atlanta and December 22nd at BB&T Arena in Florida.