How To Find The Cheapest Country Music Tickets In 2019

While Classic Rock may be the most expensive set of shows this summer, Country is the most plentiful, with legends and newcomers alike touring across the country to sing about love, loss, livin’ and even beer. With a few exceptions, cheap tickets are available to most of the show on both the primary and secondary market, whether on the lawn or in the pit, the Amphitheater shows have unsold tickets at face price in both of those areas.  Below is the list of some general ticket buying tips, as well as specific guidance on where to get the best tickets for each tour, whether on TicketIQ for 'sold out' secondary or Ticketmaster and Livenation for face price tickets.

How To Find Cheapest George Strait Tickets including Strait to Vegas 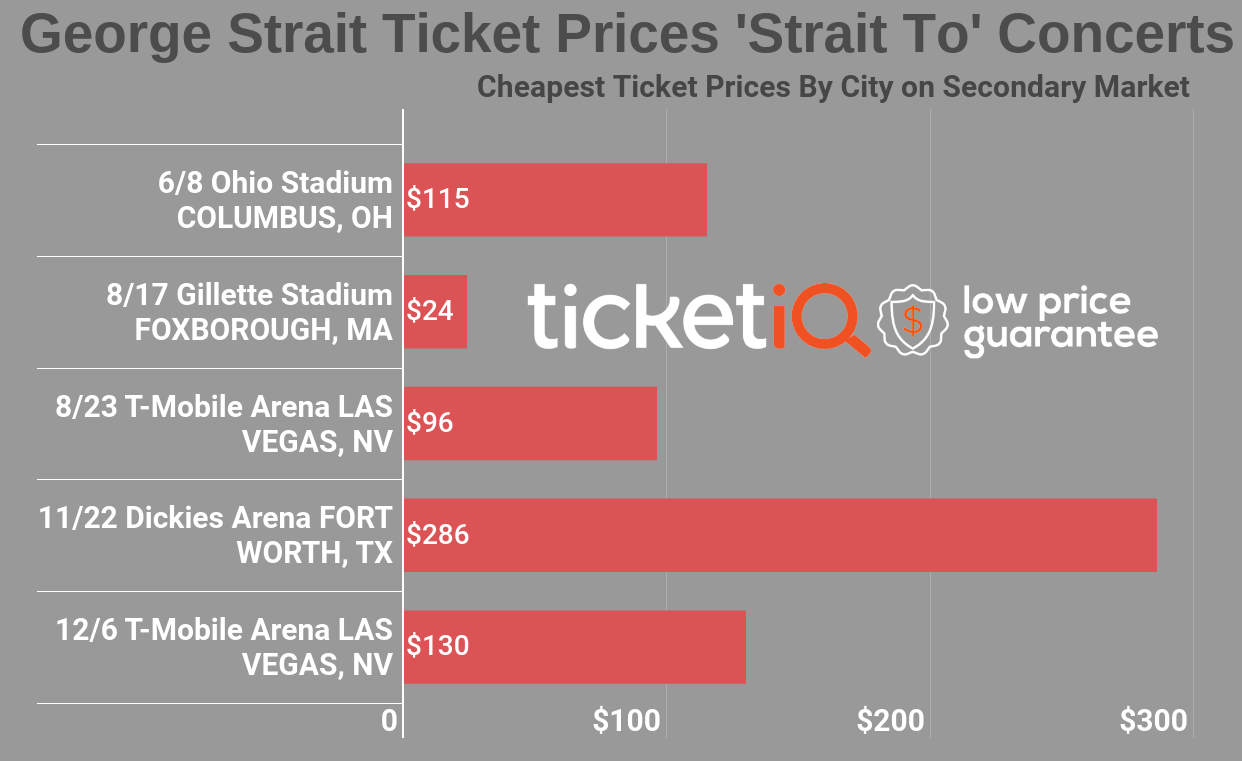 Where To Buy George Strait Tickets

On September 26, 2012, George Strait announced that he was retiring from touring, and that his Cowboy Rides Away Tour would be his last. Despite breaking records on the 2013 and 2014 tour, in what would have been a strong swan song for any normal artists, the legendary 'King Of Country' has continued to perform. He's currently playing shows as part of his Las Vegas residency at T-Mobile Arena where's he's currently playing part of his 22 sold-out “Strait to Vegas” residency.  He's now gone a step further, and announced a slate of 2020 shows, the first of which will be in Wichita and Kansas City on January 24 and 25 next year, billed as “Strait to the Heartland”.  For the Country Music Hall of Famer's return to the Sprint Center for with special guest Asleep at the Wheel. Below is an overview of some shows in 2019 as well as the cheapest tickets for each show.